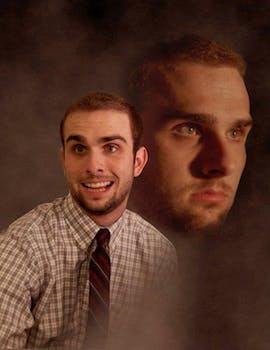 YouTube star makes the most of life with thin walls

What could you achieve in the time it takes for your neighbors to have intercourse?

Could you bob for lemons? Mummify your roommate? Or perhaps make yourself a disgusting concoction out of everything in your pantry?

That’s the premise of Ryan’s Thin Wall Challenge, a YouTube channel dedicated to videos about the way he entertains himself during his neighbors’ comically loud and dirty deeds.

With 20 tasks under his belt, the 27-year-old Californian has made a second income off of the series, boasting more than 5 million views and 80,000 subscribers on his YouTube challenge, 95Camry4Life.

Since the Daily Dot last profiled Ryan, he and his roommate, Ali, have expanded far beyond exploiting his neighbors as a soundtrack to his bizarre tasks, expanding to bike stunts and even launching his desk lamp into low orbit.

In honor of our one-year anniversary, the Daily Dot got back in touch with Ryan. Check out the interview below, or as he would say, “L’eh do it!”

Daily Dot: How has the series grown and changed in the last year?

The biggest change to the series was back in May when Ray William Johnson mentioned Thin Wall in one of his episodes. I got over 1 million views in that month and about 40,000 more subscribers as a result of that. Since then the channel has been growing steadily, and we now have a pretty solid group of awesome fans that I try to interact with as much as possible.

DD: What are you up to these days?

I work in the marketing department for a sporting goods company doing mostly product photography, graphic design, and video stuff. I enjoy it a lot. I just like being known as Thin Wall Ryan, 95Camry4Life, or “that guy from the sex challenge videos.”

DD: How has the Thin Wall Challenge changed your life?

Ali and I are making a little side income now from the advertising, and we use the money to fund future challenges and build more elaborate challenge items. For example, the Balls Deep Arena and the Silly Slider, which have appeared in Challenge 19 and 20. I’ve been recognized a couple times in public too, but other than that things are kind of how they’ve always been.

DD: Do you think other stuff will ever replace challenges altogether?

That is something Ali and I are continually discussing. There is always the possibility that the neighbors move out or find out about the channel, but until that happens the Thin Wall Challenges will be the mainstay of the channel. Of course, we would like to expand out and start doing other stuff as well, but the challenges will definitely keep going. Also, I still have the lamp. It’s behind the guitars in my room. Trying to think of something to do with it again, so perhaps I’ll ask for suggestions. That seemed to work out last time.

DD: What are your goals for the future of TWC and your YouTube videos?

For Thin Wall I want to keep finding ways to keep the series entertaining. Whether it’s building more elaborate challenge devices or doing different types of punishments and rewards (such as Ali posting my phone number), we are making that our main focus. No wait, actually the main focus is not to get beaten up by my neighbor. Although I do have such defense items such as the taser, wolverine claws, mace, Sex-o Sound-o Supreme…

As for the other videos it’s fun to do random things like “Legends of the Hidden Toilet.” People like the nostalgia stuff, so we definitely want to do some more stuff like that, challenge-related or not.

DD: We’d be remiss not to ask: Have your neighbors shown any hint of finding out yet? Have you even met them yet?

I don’t think so. There were a couple challenges, Light Ball Tap and Pie Tins and Wiener Skins, in which they pounded on the wall back at me. One time the guy yelled. Needless to say we’ve been trying to keep the challenges a little quieter and spacing them out a little more for the time being so that they don’t catch on.

Before I started the challenges, I had passed by them a couple times and given the obligatory head nod to acknowledge their existence, but since the challenges have taken off I’ve tried to avoid them like the plague. They probably don’t remember exactly what I look like, so I’m trying to keep it that way. One time I was taking my laundry to the apartment complexes laundromat, wearing my ‘Remember, I Can Hear You!’ shirt, and I heard one of them start to open the door. I had to scamper off quickly to avoid a very awkward encounter.