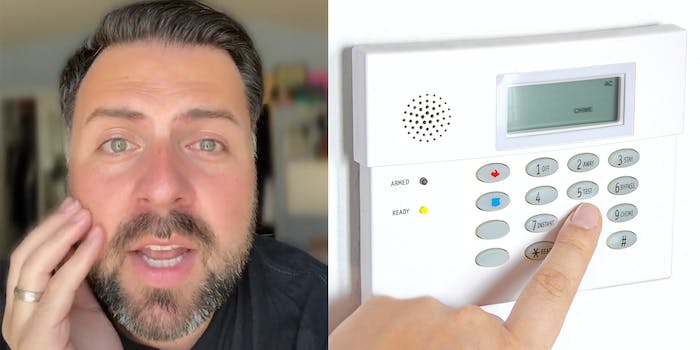 ‘My ADHD just saved me $100’: TikToker shares how procrastinating got him free upgrade, sparking debate

'If it’s an upgrade that you HAVE to do to use their service. Always wait til it’s free.'

Sometimes, procrastination can bring great results. That’s what TikToker Professor Chesko (@speechprof) learned after putting off upgrading his security system, which he says resulted in him getting a $100 security system upgrade for free.

In the now-viral TikTok, Chesko explains the details of the event and how, in his words, his “ADHD saved [him] $100.”

@speechprof I feel kind of bad for all the responsible people who paid $100 and shipping after that first email. #executivedysfunction #adhdhypehouse #illdoitlater ♬ original sound – Professor Chesko (He/Him)

According to Chesko, the company running his security system initially reached out to him to inform him of a required $100 upgrade to the panel that controls the security system. As he didn’t have his credit card with him, he says he decided to do it later—and quickly forgot to do so.

After two weeks, he says the company again reached out, this time saying that if he upgraded now, he would get free shipping. Chesko says he was enthusiastic but again forgot to do it.

Two more weeks went by, at which point, Chesko says, the security company now insisted that he upgrade as soon as possible. He did not, he says.

Another two weeks pass. The company then allegedly knocked the price down to $70, telling Chesko to upgrade as soon as possible. Chesko says this deal was attractive to him, and yet, he still forgot to do it.

He says he was then informed that the security company would send him the new panel for free.

“In hindsight, it really should have been a free upgrade from the start,” he wrote in the comments section.

Some users on TikTok speculated about why the company decided to do this.

“They don’t want to lose the monthly passive income!” one user wrote. “Definitely should be free if required to use their monitoring!”

“Used to work for a security company and as the old tech stops being serviced it will all eventually drop to free,” another commenter claimed.

This led to other users offering tips on “required” upgrades.

“As someone who works in [telecommunications], if it’s an upgrade that you HAVE to do to use their service. Always wait til it’s free,” a commenter advised. “The company I work for now always does them free from the jump.”

“My dad had something similar happen with his old Nokia phone,” a commenter recalled. “AT&T sent him a free phone when they switched the network over.”

“I procrastinated on a software update for my car for so long they finally offered me a $60 visa to get it done,” another remembered. “They’ve ruined me.”

The Daily Dot reached out to Chesko via email.