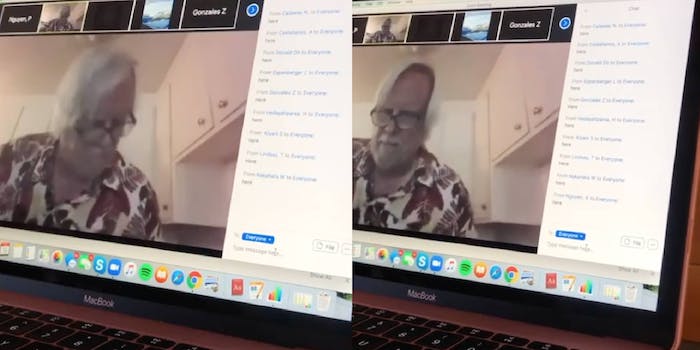 Professor placed on leave after asking student to ‘Anglicize’ her name

A college professor was put on leave after asking a Vietnamese-American student over email to “Anglicize” her name because her given name “sounds like an insult in English,” ABC 7 reported.

On June 19, @diemquyynh posted screenshots on Instagram of the email exchange between her sister, Phuc Bui Diem Nguyen, and her sister’s professor at Laney College, Matthew Hubbard.

Nguyen replies to tell him that she will be filing a complaint with the Title IX office for discrimination if he does not refer to her by her birth name.

The Daily Dot has reached out to Hubbard and Nguyen.

In the last email posted, Hubbard says her name in English sounds like “Fuck Boy” and repeated his request.

“If I lived in Vietnam and my name in your language sounded like Eat a Dick, I would change it to avoid embarrassment both on my part and on the part of the people who had to say it,” Hubbard wrote in the email. “I understand you are offended, but you need to understand your name is an offensive sound in my language.”

In the Instagram post, @diemquyynh wrote that Hubbard should be trying to learn her sister’s name instead of whitewashing her culture.

“I love that my parents want to keep my culture alive by keeping our Vietnamese name. If you can’t say it then ask,” @diemquyynh wrote. “In addition, Hubbard said that English is his language. But also forgot that my sister also spoke English and that’s not his language.”

The post had over 55,000 likes on Instagram. @aybarlyy, who said in a tweet that she is a high school friend of Nguyen’s, posted the emails on Twitter and received over 125,000 likes and almost 50,000 retweets as of publication.

Replies to @aybarlyy’s tweet note the proper pronunciation of Nguyen’s name and say it does not sound close to the slur.

“Neither name sounds like he thinks it does,” @erniechiara tweeted. “Not even the point, because he’s still racist regardless. I hope he’s fired ASAP.”

@diemquyynh later posted a video to Instagram of the professor on a Zoom call referring to her sister as “P Nguyen.”

“I wanna know why he can’t just ask my sister how to pronounce her name,” @diemquyynh wrote.

On Thursday, @diemquyynh posted an email from Laney Colleges’ office of the president informing the student body that it was aware of the incident and that the faculty member was placed on administrative leave pending an investigation.

Hubbard also told the Times he asked Nguyen to change her online name after another student had done so.

“The second email is very offensive, and if I had waited eight hours, I would’ve written something very different,” Hubbard told the Times.

Laney College’s student population is over 29% Asian-American. The Oakland, California school has over 16,000 students enrolled, according to the Times.

According to ABC 7, Nguyen recently started using her legal name after being called “May” in high school. The freshman told ABC 7 that she wants an apology from Hubbard but is satisfied with the school’s response and plans to use her legal name, which means happiness and blessing, going forward.

“People should not be embarrassed of their name and they should be proud of their name,” Nguyen told ABC7. “I hope they’ll feel more comfortable using their real name rather than using a whitewashed name.”