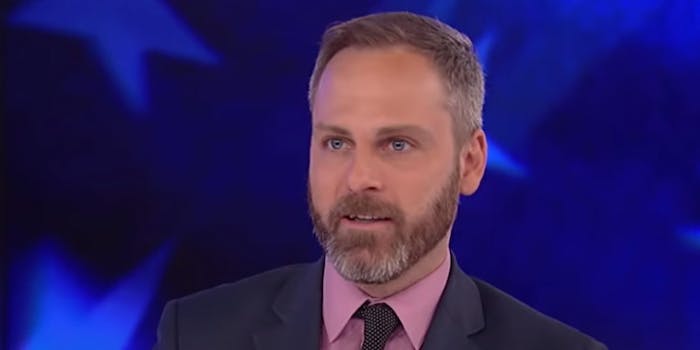 'I’m sorry, blacks, but you already have a month. Juneteenth isn't a thing.'

Things are getting heated on Twitter after a conservative writer claimed Black people are colonizing Pride Month.

Moore is a columnist and editor for the Spectator, a British magazine with a conservative following. His trending tweet is getting super ratioed (which tends to happen when the masses disagree with a tweet). Already, it has more than 4,000 comments and over 7,000 retweets to about 900 likes.

Moore waited until just a few hours after Juneteenth was officially over to send his tweet into the ethos at almost 4am. But once the timeline woke up people started coming for Moore, saying his tweet was insensitive on so many levels.

For one, his tweet erases the many Black people within the LGBTQ+ community, many of whom face additional discrimination for their intersecting identities, some say.

“I guess ‘blacks’ and ‘the gays’ are mutually exclusive. Hmmmm…..,” wrote @NewBlackScholar.

Plenty of gay people denounced Moore’s tweet as representative of the whole community. Some wrote that Pride hasn’t been colonized or ignored, it’s just taken on a new goal this year: to support the movement for Black lives and especially show out and support Black trans women—who are disproportionately brutalized and discriminated against.

Many pointed Moore to the integral role Black trans women and other Black people played, and continue to play, in the Stonewall Riots, Pride Month, queer culture, and the ongoing fight for equal treatment and protection in the U.S.

And his use of the term “blacks” as opposed to “Black people” did not sit well with some folks.

This doesn’t seem to be the first time Moore has said something problematic online, one person pointed out.

Moore defended the above photo, saying, “So the left is now defending an oppressive costume women are forced to wear in societies where they murder gays? Makes sense. Also I’ve changed my drag name to Isis Kaboom since this photo was taken.”

And a ton of people were getting jokes off about his name. “Chadwick less,” @matchafrosting wrote and “Wouldn’t expect anything less from someone named Chadwick,” @atzawada said.

But Moore isn’t taking the criticism without his own pushback. Already, he’s responded directly to a number of the tweets defending himself.