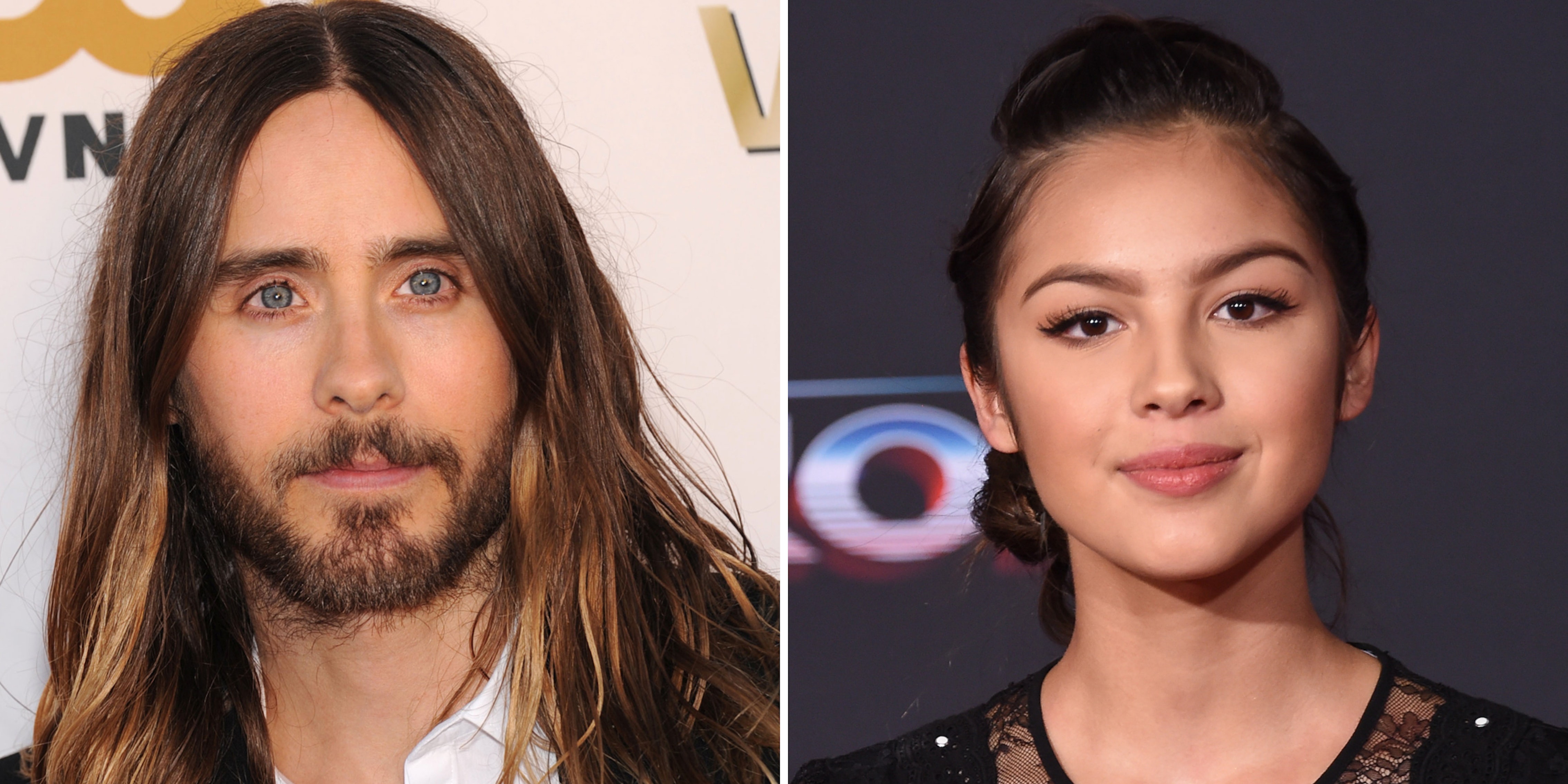 ‘I've always wondered why he hasn't had his reckoning yet.’

Jared Leto is under fire on social media after posing with pop star Olivia Rodrigo at the Grammy Awards on Sunday night. Users noted the string of allegations against Leto, including accusations that he sexually harassed underage girls and young women and started a cult with his band, Thirty Seconds to Mars.

Rodrigo, 19, took home three Grammys from Sunday’s awards show, including best new artist presented to her by Leto. At the show, Rodrigo and Leto posed together for a few now-viral photos, one showing them shaking hands and one showing Leto’s hand on Rodrigo’s waist.

“Get that pedophile away from her,” one user tweeted in response to the photos.

“Jared Leto is a rapist and should not be around teenage girls,” another wrote.

Twitter users criticized the show’s decision to invite Leto to present given the current allegations. They also pointed out that Rodrigo is in the same age group as other alleged victims.

The allegations gained traction during the #MeToo movement when actor Dylan Sprouse alleged that Leto “slid into the dms [direct messages] of every female model aged 18-25” in a 2018 tweet. Actor and filmmaker James Gunn, who has previously faced backlash for joking about rape, tweeted, “On the internet he starts at 18?”

The original allegations have not halted Leto’s acting career, and he has an upcoming role in Marvel’s Morbius, but his interaction with Rodrigo reignited the discussion.

“We need to stop Jared Leto,” writer Jill Krajewski (@jillkrajewski) tweeted on Sunday with three screenshots detailing past allegations of Leto’s sexual misconduct, including Sprouse’s 2018 tweet. The tweet garnered over 12,000 likes and 1,500 retweets by Monday.

“I’ve always wondered why he hasn’t had his reckoning yet. The accounts are sickening and this has been going on for years,” user Beth Nintzel replied.

“Can we finally stop ignoring this, so many teenagers have come forward for years dating back to when I was in high school,” another wrote.

Krajewski also cited a 2021 Twitter thread by the account An Open Secret that details the multiple allegations against Leto of solicitation and assault of minors.

“I’m livid we’re a week into talking about The Slap [at the Oscars] yet THIS has gone under the radar for years and people like me are only finding out now,” Krajewski tweeted.