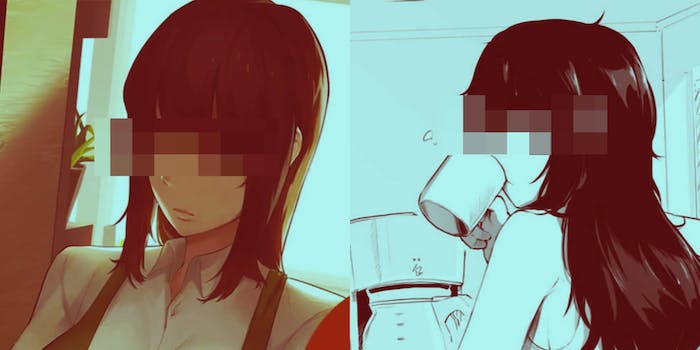 Project New Life’s crowdfund ran from Aug. 7 to Sept. 7, securing over $16,000 from nearly 500 backers. But two weeks later, Push Publication wrote an update post warning that Kickstarter’s payment processor Stripe is “having some issue.” Five days later, Push revealed Kickstarter could not send backers’ payments to the publisher because of Stripe’s rules.

“On 20th September, right around when we were expecting to receive the funds from Kickstarter, we got an email from [Kickstarter’s Trust and Safety team] saying that they can’t process the payout in time because there were some Terms of Service concerns raised by their payment processor, Stripe,” Push wrote. “They also mentioned that Kickstarter is currently negotiating with them to clear our project of Stripe’s review. Additionally, Kickstarter will be holding our funds until this is issue resolved [sic]. Moreover, if Stripe doesn’t clear our project, it will be cancelled and the backer’s pledge [sic] will be refunded.”

Push Publication penned a new update on Oct. 5, explaining it sent multiple follow-up messages to Kickstarter but received no response. After Push penned a tweet on the matter and asked backers to share it, the issue was resolved Oct. 10.

“As a regular content creator on Kickstarter, we had clarified some issues to ensure that such an incident will not happen again. The artist has officially resumed work as of today,” Push wrote in an update. “The current expected release will be in December instead, I apologized for the delay, but nonetheless, we will strive to work hard and try our best to get it done beforehand.”

The Daily Dot reached out to Stripe and Push Publication. Kickstarter’s Senior Director of Communications David Gallagher said in a statement to the Daily Dot that the company “worked with Stripe to resolve an issue with this creator’s account.”

Payment delays bring strain to any Kickstarter project. In Push’s case, the team felt “disheartened and “unmotivated” during the payout freeze, in part because Push worked extensively to make sure Project New Life was a good fit for the platform. “Not only was it manually reviewed by them, but then it was approved by them, too,” Push wrote in September. “Nowhere in Kickstarter’s terms and conditions have they mentioned we have to follow Stripe’s rules in addition.”

In 2015, Kickstarter partnered with Stripe as the official payment processor for all Kickstarter projects. Stripe’s policies outright ban “adult content and services,” including “pornography and other obscene materials” that depict “nudity or explicitly sexual acts.” This, Stripe writes in a blog post, is because of “brand risk.” Banks around the world and payment networks like Visa could sever their business relationship with Stripe over processing payment for adult content. This causes a chain reaction that begins with financial institutions and works its way all the way down to creators and consumers. Just like Patreon’s NSFW purges, payment processors are the underlying source to blame.

Or maybe not. As OneZero columnist Lux Alptraum wrote in 2018, it’s the banks and credit card companies, not the online platforms and payment processors, that ultimately control what content stays and goes on sites like Patreon and Kickstarter.

Still, there are exceptions. Despite Stripe’s ban on adult content, certain businesses “may be eligible for processing” so long as they have “explicit prior approval from Stripe,” according to its guidelines. That could be the case with Kickstarter and Stripe. Many adult payment processors also offer a wide range of payment options while providing services to adult companies. CCBill, for example, is a discreet payment system used by The Crash Pad Series and Slipshine, among other groups. But adult payment processors are smaller and notorious for higher cuts from payouts.

In other words, Kickstarter could theoretically switch payment processors and rules to expand into the adult industry if it really wanted to. But in terms of profitability, don’t expect it. Until then, major financial institutions like Visa and Bank of America get the final say in what’s too explicit to crowdfund online.