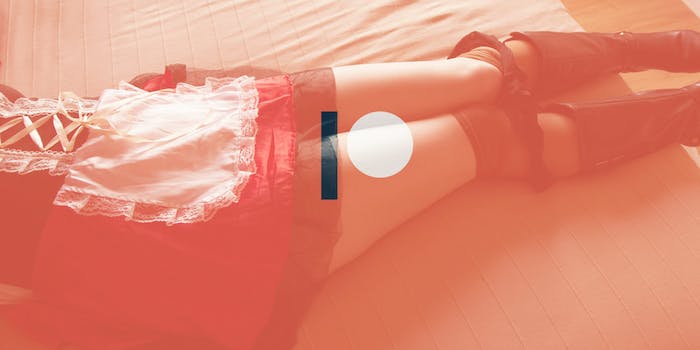 They did the hypno ban, and now they're coming after transformation. Patreon seems to just hate kink. If you're following my work, and want to help ensure I don't go bankrupt because some puritan decides I need to die, consider supporting my subscribestar: https://t.co/FjM01P7PIz pic.twitter.com/jDP2NgDJxu

Mr. Phoenyxx is a 3D adult transformation comic artist mainly focusing on bimbofication comics where “a fairly plain or normal woman gets transformed, through various means, into a super sexy, insanely stacked, mega babe,” according to his Patreon page. The Daily Dot confirmed that he was the Patreon user behind the post in Changer’s tweet, and through him, this reporter was able to contact the artist who received the warning. While that Patreon user requested to stay anonymous, they confirmed the validity of Mr. Phoenyxx’s post by forwarding an email from a Patreon Trust & Safety team member with the same message.

“I expect to eventually receive a similar notice, and that will mean losing my only source of income,” Mr. Phoenyxx told the Daily Dot. “That is upsetting to me, and yet I still respect Patreon’s right to decide these things. I don’t feel persecuted by Patreon, but I do feel like adult artists have been persecuted for a long time now. […] Even some of the very first adult sites on the web have had numerous issues with payment processors such as Visa.”

In a follow-up post on Imgur, Changer alleged Patreon made the changes due to pressure from payment processors like “Visa and Mastercard,” calling them “the inescapably omnipresent middle man of internet transactions” who are allowed to decide what “becomes defacto illegal.” It remains unclear whether payment processors are responsible for the current adult content bans, but it seems likely. In 2018, a Patreon spokesperson told Vice’s Motherboard that the site was “ramping up the proactive review of content” thanks to “requirements from our payment partners.”

The Daily Dot reached out to Patreon for confirmation on the policy.

Can we take a moment to talk about censorship?

But forced transformation content isn’t “non-consensual,” nor does it glorify sexual violence. Like hypnosis, the kink eroticizes the power dynamics at play when a character shifts and changes, whether that’s mentally, physically, or a mixture of both. It’s not a form of sexual violence because transformation porn isn’t supposed to dehumanize the person transforming. It’s better understood as a metaphorical scenario that lets its participants take on different roles through a dominant-submissive lens, such as unexpectedly turning into a sultry, promiscuous woman with shapely curves (aka bimbofication), or forcing a person to shrink for a giantess’ sexual pleasure (better known as microphilia and macrophilia). Like any healthy kink community, safe, sane, and consensual engagement is at the cornerstone of all real-world interactions.

Sam, who requested a pseudonym for this story, is a Patreon writer who has created transformation erotica since 2014. As a trans woman, she enjoys writing transformation stories because she “never quite felt at home” in her body. Instead, transformation kink became a form of “wish fulfillment” for her. It’s also a healing experience. When Sam first started writing in 2014, she was going through a particularly bad depressive episode, and transformation erotica became “one of her release valves.”

“Being a trans woman is an incredibly difficult state to be in, even in a progressive country,” Sam told the Daily Dot. “Magically gaining a body I feel comfortable in is emotionally fulfilling, even if it’s unrealistic. It’s just like any daydream, only kinkier.”

“When I write stories where a person is unwillingly taking on a different form, I am giving the reader license to feel things that they otherwise might not give themselves the right to feel,” Sam explained. “A big part of my realization that I actually felt more comfortable with female pronouns and being thought of as a woman were these kinds of stories. A deeply repressed person just can’t insert themselves into a story told from the perspective of their identified gender if they’ve been pumped full of self-recrimination, stereotypes, and societal ideals of who they should be.”

These days, Patreon creators are looking into alternatives to make ends meet. SubscribeStar, for example, has an 18+ section featuring popular adult content creators like Aftermath Team, 3D animator AgentRedGirl, and game developer Meakrob47. However, SubscribeStar’s terms of service reveal that the site can remove any content it considers “unlawful, offensive, threatening, libelous, defamatory, inappropriate, or otherwise objectionable,” which is similarly vague to Patreon’s “sexual violence” clause. And given that the site has credit card processing options with Visa, MasterCard, American Express, and Discover, the site could ultimately go down Patreon’s path by removing content at payment processors’ insistence.

Another service, Sponsus, is much more promising. Creator Cerulean approached this reporter about the site after her story on Patreon’s hypnosis ban, stressing that Sponsus has a much more inclusive attitude toward adult content. The service, which he has developed over the past six months, specifically runs off Stripe. While Stripe largely restricts “pornography and other obscene materials,” certain businesses are “eligible for processing with explicit prior approval from Stripe,” per the company’s guidelines.

When reached for comment, Cerulean criticized Patreon’s ban on forced transformation, stressing that the kink is “much deeper than the surface level” and that its content is “not a catalyst for actual sexual violence.”

“Patreon as a service is unstable and their actions show a clear message: that they are unwilling to fight for creator freedom. They no longer care about the smaller creators who made the platform big in the first place,” Cerulean told the Daily Dot. “The existence of this content does not cause any real-world issues, so there is no good reason for it to be excluded from Sponsus. If you don’t want to see this type of content then you are free to block creators on our platform that post it. People just want to feel more free and expressive of themselves and if they can’t do that, then we are regressing as a society.”

While Sponsus’ community guidelines are still a work-in-progress, its NSFW content section notes that explicit material is allowed “so long as it [complies] with the content rules in the community guidelines as well as is marked as NSFW.” Hypnosis content is permitted “so long as it is not used to boost your own, or anyone else’s, account,” and nonconsensual content that “enacts or calls for harm against any person that is real or otherwise representative of an individual or group” can be removed. Other than that, forced transformation and hypnosis creators can secure funding on Sponsus, and the service promises to ask for feedback when new guideline changes are rolled out.

Overall, Sponsus features a much more laid back and welcoming environment for adult content creators. Sam herself called the guidelines “reasonable.” But another Patreon transformation erotica author, Se’Ka Kowadi, expressed some skepticism. While she appreciated Sponsus’ transparency, her trust has waned after Patreon’s growing ban on BDSM-adjacent kink.

“I’m still cautious about how [the community guidelines] will be interpreted over time. Especially the rule on [nonconsensual] material,” Kowadi told the Daily Dot. “Yes, it’s important to protect people’s safety and well-being. But writing non-con for me is a means of processing the trauma that I went through. And the same is true of a lot of people who endured physical, emotional, and sexual abuse.”

Adult content creators are in a difficult position. They can either wage their luck on Patreon and hope the site doesn’t ban their accounts, or they can jump ship to a new service, risking a loss of audience or the possibility their accounts will be removed down the road. It’s yet another a sign that the internet is having an identity crisis over porn—one that won’t be resolved any time soon.