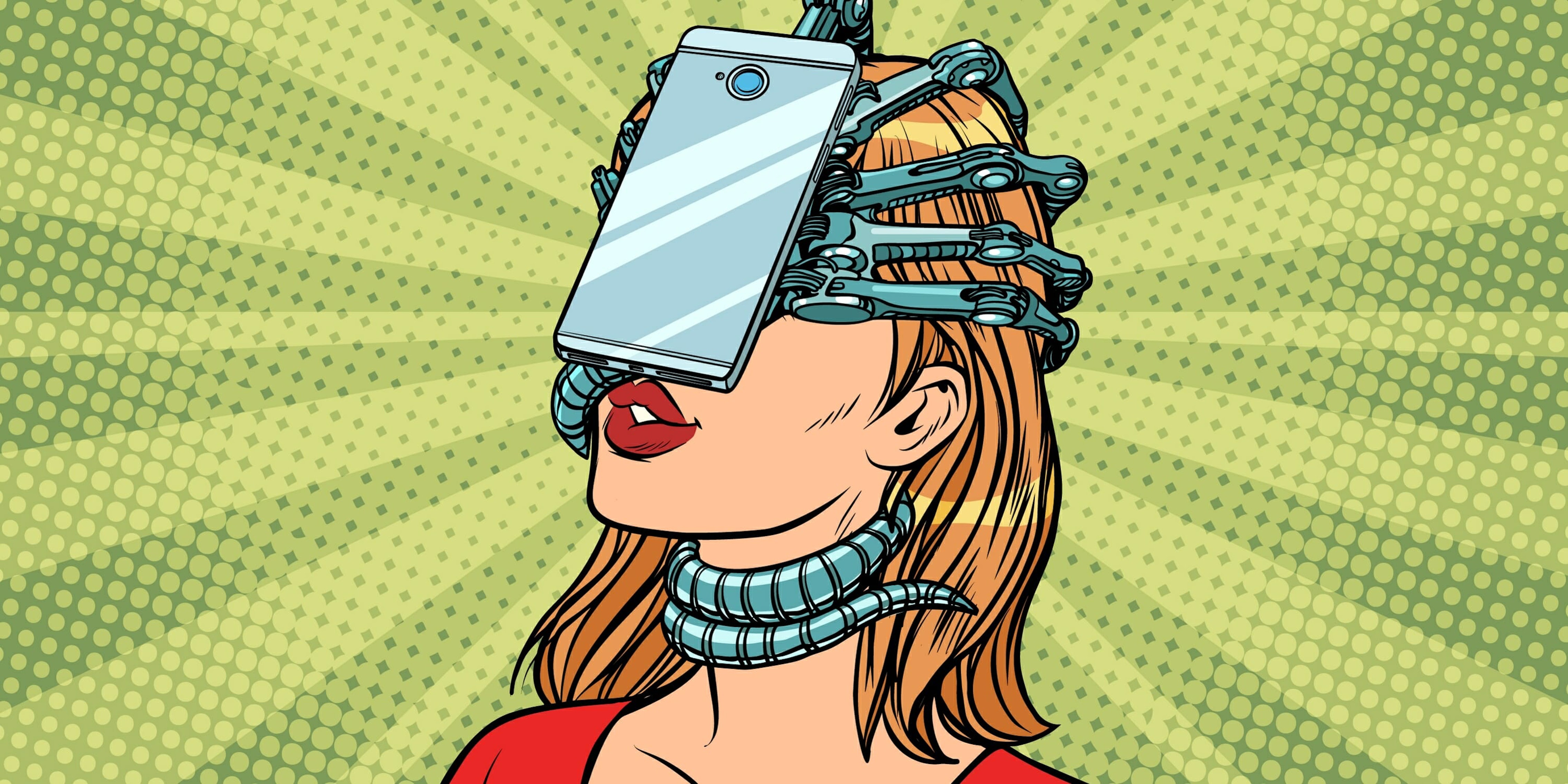 Other kink artists are also at risk.

News of the crackdown first broke on May 30 after adult furry content creator AnotherMeekOne received an email from Patreon requesting that he remove all hypnosis content from his page. In the email, the site claims it has a “zero tolerance” policy for “the glorification of sexual violence,” such as “coerced consent” content. That umbrella includes “blackmail scenarios, ‘hypnosis,’ drugging, or ‘consent’ obtained through deceit.”

“Content glorifying sexual violence cannot be funded by or linked to or from your creator page in any way,” the representative wrote in the initial email to AnotherMeekOne. “Please remove this type [of] content from your page and let me know when you have done so.”

At first, hypnosis kinksters debated whether AnotherMeekOne’s post was legitimate. But then, other content creators faced a similar ban. Hypnotic Harlequin’s Patreon account, which features queer hypnosis fiction and historical essays on hypnosis, was placed “under review” by the site. Hypnosis and mind control kink author Jennifer Kohl also had her Patreon account targeted, which dealt a devastating blow.

When the Daily Dot reached out to Patreon for comment, a spokesperson confirmed that certain kinds of hypnosis content violate Patreon’s rules.

“[A] violation of our policy is when hypnosis is used as a coercion mechanic for nonconsensual [sexual content], typically in a fictional scenario, at which point we consider it to be a glorification of sexual violence,” a Patreon spokesperson explained regarding AnotherMeekOne’s emails. “We also do not allow other fringe sexual fetish creations, such as incest, necrophilia, or fetish creations that is hard to distinguish from non-consensual sex. When a creator’s account is placed under review, we work 1:1 with the creator to bring them back within guidelines, as was the case with the creator you mentioned in your email.”

Welp, my Patreon is under review. That was fun while it lasted.

I’m really fucking upset. Not just about the loss of income, though yeah, 2/3 of my writing income is quite a blow.

Patreon was once known for its positive relationship with the adult content community. That changed on Oct. 17, 2017, when the site started cracking down on explicit material. Under its new Community Guidelines, Patreon told creators that they “cannot sell pornographic material or arrange sexual service(s) as a reward for your patreons,” nor can Patreon be used for creating pornographic material, like fundraising for an adult movie.

But there’s one exception to the rules: The site has “zero tolerance when it comes to the glorification of sexual violence.” Understandably, this means a ban on bestiality, incest, necrophilia, and depictions of child sex (whether real or illustrated). But the rules also have a vague clause that allows Patreon to pull any content that the Trust and Safety team deems to be “sexual violence.” This includes the aforementioned “fetish creations that [are] hard to distinguish from non-consensual sex.”

Patreon’s use of the term “non-consensual sex” and “sexual violence” was generally understood to be extreme or taboo material. Hypnosis kink, on the other hand, is often light, wholesome, and even tongue-in-cheek.

One anonymous Patreon creator, who is a transgender woman, told the Daily Dot that they began writing hypnosis-themed erotica two years ago. After opening a Patreon account last year, they now believe they can become “completely self-supporting” by the end of 2019, as long as their Patreon continues to grow. Of course, the recent anti-kink move challenges their ability to build a sustainable Patreon following. When interviewed by the Daily Dot, they sharply criticized Patreon for depicting hypnokink as sexual violence.

“Firstly, hypnosis as a kink isn’t inherently violent or non-consensual. That’s a completely ridiculous thing to tell you. Like all good kink, hypnosis is a form of voluntary power exchange that takes place after all parties have consented, negotiated, and established safety measures,” the Patreon creator told the Daily Dot. “Getting hypnotized is no different to getting tied up, but no one would say consensual bondage is a form of “sexual violence’ that needs to be censored.”

Another anonymous Patreon writer had their account placed under review for their hypnosis content, effectively barring them from their page. When the Daily Dot reached out to them for comment, they said that the hypnosis community centers around “enthusiastic informed consent” in kink play. They called hypnokink a form of “coerced consent” built on “outdated stereotypes of how hypnosis works.”

“Time and again it has been proven that hypnosis alone cannot make people do things they do not wish to do,” the second Patreon writer told the Daily Dot. “And this is putting aside the fact most hypnokink stuff bears little to no resemblance to real-world hypnosis and is pretty much all fantasy based.”

Hypnosis isn’t the only kink that eroticizes physical power exchanges in order to fulfill a sexual fantasy. Macrophilia and vorarephilia (aka macro and vore), for example, are kinks centered around gigantic beings and the consumption of others, respectively. Both play with non-consensual power dynamics for the viewer’s enjoyment. For example, a vore commission may depict a gigantic woman consuming a terrified miniature woman, or a macro erotica story could feature a gigantic man destroying buildings and cars.

“The mere depiction of something doesn’t imply endorsement or support. We all understand that when we go to see a violent movie or play a violent video game, but erotic content seems to be held to a different standard,” the anonymous transgender writer told the Daily Dot. “I do think there are some hard lines on what you should be able to depict, of course, but the fact remains that most of what’s being censored is fantasy material that is way too far removed from reality to ‘glorify’ anything.” (The Daily Dot reached out to Patreon in a follow-up email regarding whether macrophilia and vore content with “destruction” and consumption “without consent” violates the Community Guidelines.)

It’s unclear if Patreon understands the nuances rooted in kink—or if the site even cares, for that matter. After Patreon changed its Community Guidelines in October 2017 to explicitly ban pornographic material, adult content creators, sex workers, and their patrons signed an open letter calling the move a “betrayal.” Despite tens of thousands of signatures, little changed. By last summer, a “proactive review of content on Patreon due to requirements from our payment partners,” as one Patreon spokesperson told Vice, led to a wave of suspensions against adult content creators. And this past September, Patreon began arbitrarily marking queer content creators’ pages with an 18-plus label, even if their content wasn’t sexually explicit.

With hypnosis kinksters on the chopping block, the move may be a sign of things to come for the platform. And because kink isn’t just commonly practiced by queer people, but many queer adult content creators rely on sites like Patreon to earn their income, the LGBTQ adult content community could face the most damage.

“Firstly, [queer creators] usually have fewer safety nets to fall back on. Secondly, online content creation is often about the only thing we can do that’s safe. Part of the reason I value my Patreon so much is that a lot of ‘normal jobs’ would be difficult for me to get or do due to the discrimination I’d face as a trans woman,” the anonymous trans Patreon creator told the Daily Dot. “And thirdly, everything is perceived as more sexual, more violent, and more dangerous when queer people do it. If Patreon tries to set a certain line on how explicit or how kinky content can be, I believe their moderation will end up targeting queer creators more than cishet creators. That’s always how it is.”

Hypnosis is one of the most vanilla kinks there is… it’s so weird that patreon is cracking down on it. It’s usually based around escapism, someone wanting to let go and just live in the moment or be told what to do so they don’t have to think.

this will obviously affect other kinks as well so I mean I don't know what to do except reach out and continue to pressure Patreon to not be assholes with regards to sexual expression.

"coerced consent" those idiots don't know a single fucking thing about hypnosis if they think that. https://t.co/gu8AR980Vd

Patreon isn’t the only platform shutting down queer and kink-focused users. Late last year, Facebook banned a slew of sexual words and solicitations, impacting sex workers on both Facebook and Instagram. Twitter’s Safety team also seems to be targeting users that reply to others with terms like “bimbo slut,” banning many queer kinksters in the process. This author was even impacted by the word ban two times. That’s not to mention Tumblr’s devastating NSFW ban that dislocated entire communities of adult artists and sex workers.

The internet as a whole is moving in a puritan direction, and that has creators—especially the most marginalized ones—scared.

“Let’s be honest, this has become a trend on platforms as of late. They use marginalized or niche content to build their userbase and then when they’re big enough to target the mainstream, they clear all of those people from their platform to try and make it more tempting to advertisers,” the locked-out Patreon writer told the Daily Dot, later adding: “I would say that all content creators should be aware of how vulnerable they are when using a platform and be ready to jump ship at any moment as things can change so quickly.”