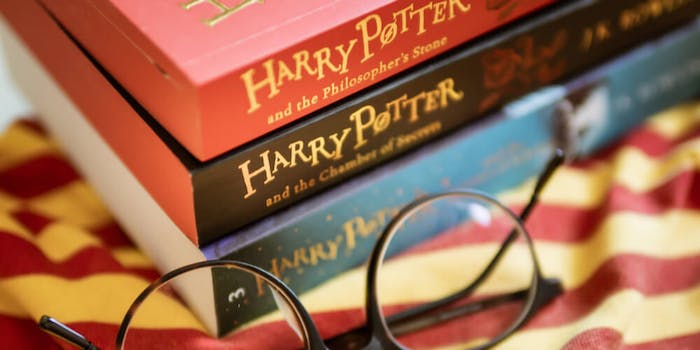 More than 50 people died in mass shootings in the U.S. last month, but a Catholic school in Nashville, Tennessee, has been busy dealing with a crisis of yesteryear: the endlessly popular fantasy series Harry Potter.

In the midst of the nation-wide debate over the ever-growing crisis of gun violence, particularly mass shootings, there is pressure put on schools to keep children safe from these awful tragedies. Teachers go through live shooter training and guide their students through lockdown drills.

In the wake of the mass shooting in West Texas last weekend, state Rep. Matt Schaefer (R) drew ire for his rebuke of gun control advocates: “I say NO to ‘red flag’ pre-crime laws. NO to universal background checks,” he tweeted. His solution was metaphysical: “What can we do? YES to praying for victims. YES to praying for protection. YES to praying that God would transform the hearts of people with evil intent. YES to fathers not leaving their wives and children. YES to discipline in the homes.”

Similarly ethereal was an email from St. Edward Catholic School’s pastor, Rev. Dan Reehil, explaining the danger he saw posed by the “evil spirits” in the Harry Potter series. “The curses and spells used in the books are actual curses and spells; which when read by a human being risk conjuring evil spirits into the presence of the person reading the text,” Reehil wrote, according to the Tennessean.

While Reehil may not have been considering school shootings when he made his decision to ban Harry Potter from the school, it came at a time when people can’t help but view it in that context.

“I live in a country that bans Harry Potter books out of children’s safety, and yet refuses to ban assault weapons for the same premise,” Twitter user @jordanwfisher_ quipped.

I live in a country that bans Harry Potter books out of children’s safety, and yet refuses to ban assault weapons for the same premise.

Gun bans in the US can’t possibly prevent mass shootings.

Harry Potter bans, on the other hand, are an effective public policy tool to prevent evil spirit conjuring.

The facts speak for themselves. https://t.co/DG2JiiGgKv

The superintendent for the Catholic Diocese of Nashville schools, Rebecca Hammel, told the Tennessean that Harry Potter had been in school libraries in past academic years. She said she didn’t know what, if anything, happened over the summer that prompted Reehil to remove the books. She added, however, that he was, “well within his authority to act in that manner.”