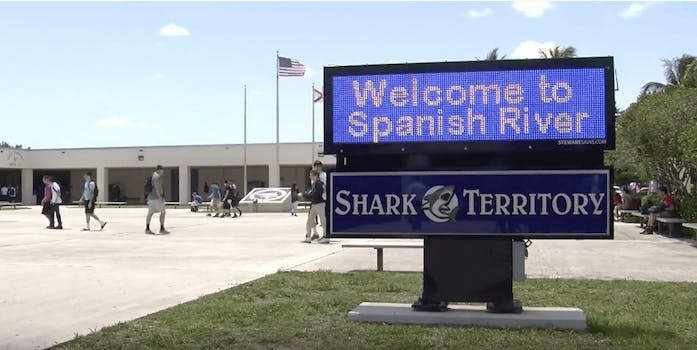 'I can't say the Holocaust is a factual, historical event.'

A year after a Florida principal was unable to admit the reality of the Holocaust, his school district fired him. Now, he is just a Florida man.

Former principal William Latson could not confirm the existence of the Holocaust in an email exchange with a parent, according to CNN. The Palm Beach Post obtained the email correspondence in April of 2018. Spanish River Community High School in Boca Raton, Florida, removed Latson as principal in July and eventually fired him from his new district position this month, in October.

“I can’t say the Holocaust is a factual, historical event because I am not in a position to do so as a district employee,” Latson reportedly wrote in the email correspondence.

He was responding to a parent who asked about the school’s Holocaust curriculum.

“Not everyone believes the Holocaust happened. And you have your thoughts, but we are a public school and not all of our parents have the same beliefs,” Latson wrote to the parent who wishes to remain anonymous.

After receiving national coverage, Latson backtracked and said that the Holocaust did in fact happen. The Palm Beach County School Board voted 5-2 in favor of terminating Latson.