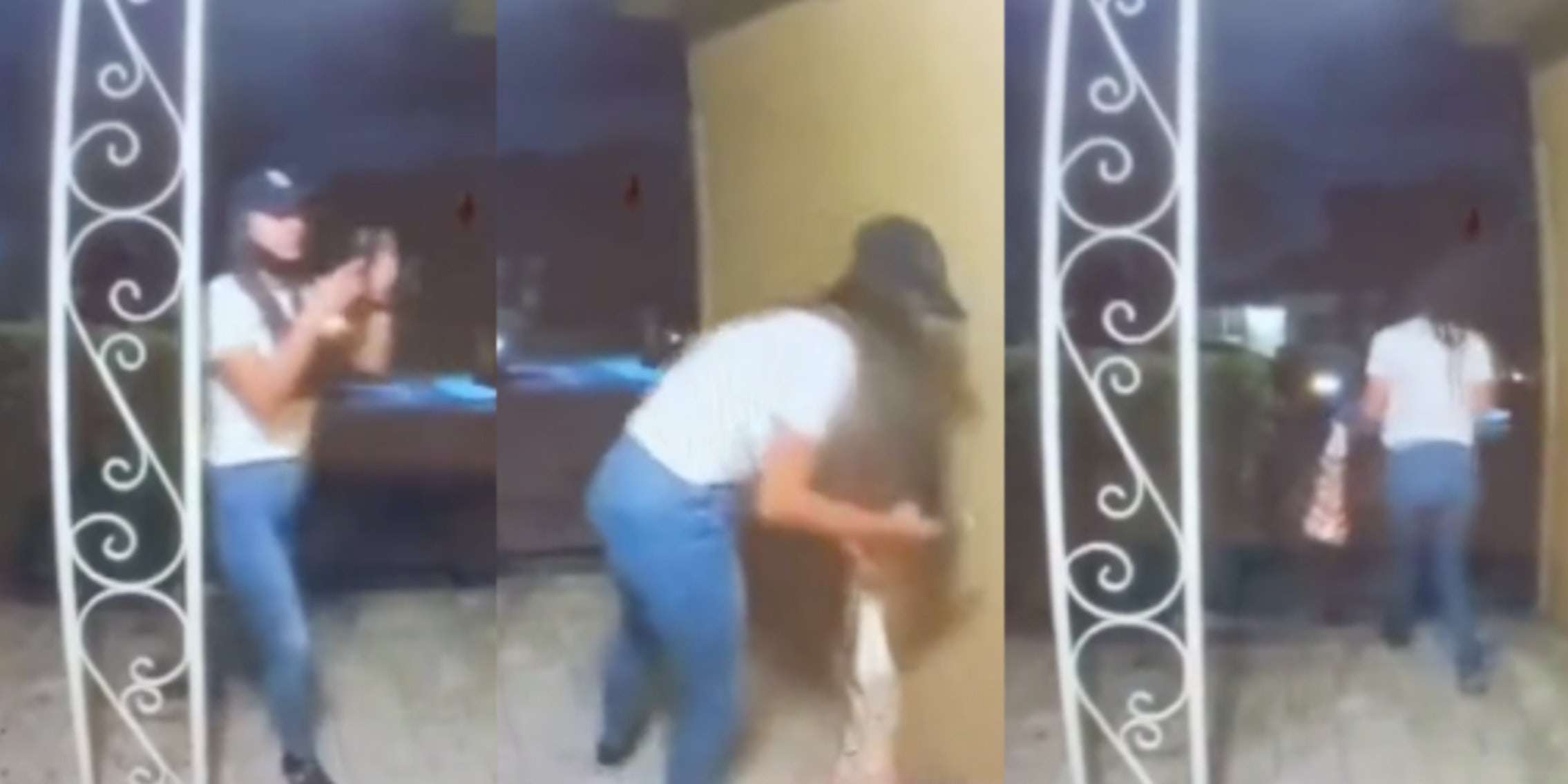 Drivers take a picture of the order before they leave to show the customer their order is there.

Anyone who has ever ordered delivery has wondered at some point or another if their driver stole some fries. And delivery drivers even admit they’re occasionally guilty. But one woman caught her DoorDash driver stealing her entire order and posted the evidence on TikTok.

DoorDash users can now request a “contact-free” delivery, where the driver will leave your food at the door. Drivers take a picture of the order before they leave to show the customer their order is there.

But thanks to a doorbell camera, one woman caught her DoorDash driver taking the order with her after taking a photo of the order on the front porch.

TikTok user @barbeed0ll posted a video from the surveillance camera of her DoorDash driver walking up to her door, taking a photo of the order, and promptly turning around and leaving with the food. “Did you think cameras didn’t exist?? Hope DoorDash fires you,” @barbeed0ll captioned her video.

The TikTok has already been viewed 6.5 million times and liked almost 710,000 times. Viewers are appalled at the driver’s actions and annoyed on the customer’s behalf. Many want to find out who the driver is. “Put this on Twitter and she’ll be found by tomorrow morning,” one user wrote.

“SHE KNEW BETTER. Find the @ y’all,” another said.

“Post this all over and get her exposed,” one user commented.

Even fellow DoorDashers commented on how mad they were. “People like this ruin it for other dashers,” one user said.

“As a delivery driver we don’t claim her,” another said.

Based on the comments, @barbeed0ll wasn’t the only customer who’s had a delivery driver steal their order. Viewers discussed their own delivery complaints in the comments section. One woman said a Postmates driver stole her order twice in a row one night.

TikToker @barbeed0ll has not heard back from DoorDash but told viewers she is trying to find the driver.