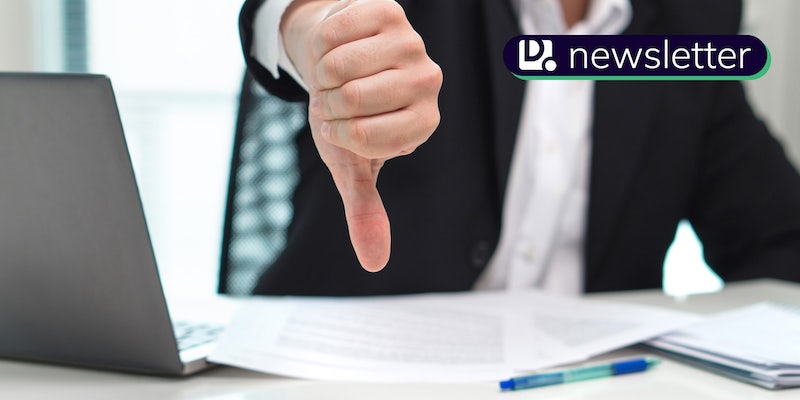 We have a report about the 10-year-old rape victim in Ohio—and the people who called her story fake. We also have stories about the Internet Archive and WikiLeaks. And another essay on the new Thor movie, because we have lots of opinions about it!

THE MCU: People are divided over Thor: Love and Thunder, but our critic Gavia asks the big question: What is the movie actually about? She calls the film a “disjointed collection of ideas…that never truly come together.”

ABORTION: The story of a 10-year-old rape victim in Ohio who had to travel to another state to get an abortion made headlines and was cited by President Joe Biden. Right-wingers called the story fake, but now they’re changing their tune after a man was charged with raping the girl.

LAWSUIT: The Internet Archive’s National Emergency Library allowed users to borrow more than 1 million copies of books. But a group of publishing houses sued Internet Archive two years ago, calling it a “pirate site.” Read more about what this lawsuit means for the future of the archive.

WIKILEAKS: WikiLeaks launched a new submission portal, but it doesn’t seem to work. The new portal was not publicly announced by WikiLeaks.

Charlotte Bergmann was an early adopter of far-right conspiracies

Charlotte Bergmann, the Republican candidate for Congress in Tennessee, has been posting whacky theories since at least 2015. The day of the Capitol riot, she tweeted, “So thankful that our militia rose up and defended our country against King George III. FREEDOM COMES WITH A COST.”

It comes as little surprise that Bergmann was ahead of the curve adopting the QAnon conspiracy theory that elite Satanic pedophiles run the world. Media Matters reports that in 2018 she opined that Q, the eponymous figure who gave rise to the conspiracy theory, predicted that pipe bombs would be mailed to prominent Democrats and members of the media.

“Q warned that there would be a self-inflicted October surprise. I didn’t believe it until now,” she wrote on Facebook. When one of her followers posted a screenshot of a so-called Q drop in the comments, Bergmann replied, “I read this last week.”

She’s shared other nods to QAnon over the years, including popular slogans and lingo from the conspiracy theory “where we go one, we go all,” “we are the news now,” and “the awakening.”

Bergmann has repeatedly disparaged the Jewish billionaire who escaped the Nazis as a teen. “George Soros had almost destroyed America until The Donald decided to fight for the little man. Now, all hell is breaking lose [sic], and Satan is mad,” she wrote on Facebook in 2016.

Tennessee’s ninth congressional district in Memphis has long been held by Democrats. So Bergmann arguably has an outside chance at best of winning the seat she also unsuccessfully sought in 2020.

She may not make it into Congress this cycle, but that doesn’t mean she isn’t influential. Bergmann’s campaign website says she won a seat on the Tennessee State Election Committee last November. According to her Facebook page, she also worked for the Tennessee Republican Party and served as a Trump delegate.

Federal election records also show that she loaned her campaign over $50,000. Voters in her heavily Democratic district may not see her as a serious candidate, but Bergmann clearly does.

And if she doesn’t win, she’ll probably just say the Democrats or China or somebody, anybody stole it.

Dog food has been reimagined with Spot & Tango‘s fresh, high-quality, human-grade meal for your furry friend to stay healthy and happy. Give your dog all-natural savory meals they’ll love without any of the artificial fluff for only a few dollars a week. Sign up today to get started with a 2-week trial and 50% off!

💔 Black man says Austin, Texas is one of the worst cities to date as a Black person.

☕ Starbucks worker complains about working on 50%-off Tuesdays while understaffed.

💻 Everyone is dunking on LimeWire’s NFT relaunch.

🥳 If you have a type A BFF with a taste for elevated classics who is celebrating their birthday soon, here is the ultimate guide to out-of-this-world gifts. *

🐚 Review: ‘Marcel The Shell With Shoes On’grounds its whimsical narrative in authenticity.

A TikToker says he tried to use a birthday reward at a Starbucks the day before his actual birthday. After he was denied, he said his drink was labeled “Karen.”

Now Playing: 🎶“You Spin Me Round (Like a Record)” by Dead or Alive 🎶