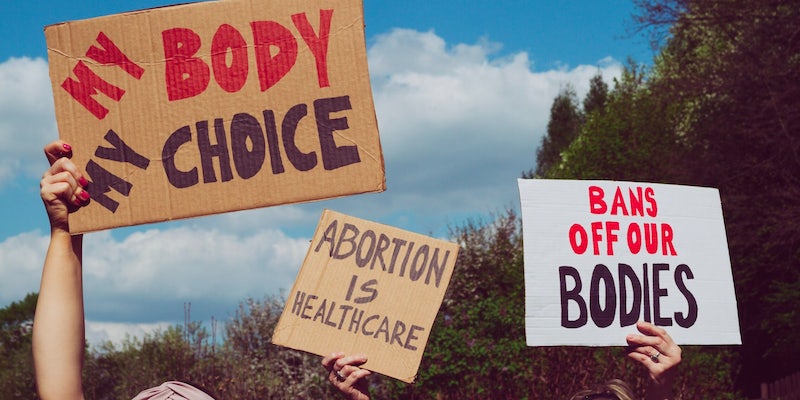 The attempt to discredit it backfired today.

After President Joe Biden cited reports of a 10-year-old child denied an abortion in Ohio when signing an executive order to protect access to abortions and reproductive care, right-wing politicians and various media outlets called the story false. This morning, a man confessed to raping the child multiple times and was arraigned in Columbus, Ohio.

Now, right-wingers are blaming the whole thing on immigrants.

On July 1, the Indianapolis Star reported that a 10-year-old was raped, impregnated, and then denied an abortion in Ohio thanks to the state’s abortion ban that outlaws the procedure after six weeks of pregnancy. According to the Star, the child was six weeks and three days pregnant, so she was brought to Indiana to get an abortion.

While signing his executive order on July 8, Biden talked about the child in his remarks to the media.

In the days following Biden’s statement on the child’s abortion, Fox News and right-wing politicians alike sowed doubt and skepticism about the story’s validity: Fox News ran a story on July 11 about the “Biden-cited story” being “unverified” and on the same day, Ohio Attorney General David Yost told the outlet that a 10-year-old child had not been raped and impregnated in the state.

Another right-wing politician followed suit in a now-deleted tweet. Rep. Jim Jordan (R-Ohio) tweeted yesterday that the anecdote about the child was “another lie” from Biden.

The question of whether the tragedy was a hoax also made it to the opinion pages of the Wall Street Journal, the New York Post, and the Washington Post. The Journal called it a “fanciful tale,” and George Washington University Law Professor Jonathan Turley, writing for the New York Post, said the story was single-sourced, making it doubtful and debunkable. Glenn Kessler, who writes the Washington Post‘s “Fact Checker” column, also called the tragedy a “one source story.”

As reported by the Columbus Dispatch this morning, Gershon Fuentes was charged with raping the child, which is a felony in Ohio. Bethany Bruner, a Dispatch reporter who shared the byline for the story with Monroe Trombly and Tony Cook, tweeted that she was “the ONLY reporter in the courtroom” during Fuentes’ arraignment, which “confirms that the case exists.”

Following the news, Yost and Jordan have now changed their tune: Yost released a statement today saying that his “heart aches for the pain suffered by this young child,” and that he is “grateful for the diligent work of the Columbus Police Department in securing a confession and getting a rapist off the street.” Jordan tweeted that Fuentes “should be prosecuted to the fullest extent of the law.”

Twitter provided ample backlash aimed at the Journal, New York Post, and Washington Post. Journalist David Cay Johnston tweeted that the Journal “really missed the mark” in its op-ed about the situation and said he’s “eager to see if they run an apology to readers” tomorrow.

Regardless, conservative voices on Twitter have further spun the story after Fuentes’ confession came to light. Conservative personality Arthur Schwartz and right-wing author Ryan James Girdusky tweeted that an “illegal alien” was arrested for the rape of the child. Fox News immediately ran a story calling the suspect an “illegal immigrant.”

But that’s all just an attempt to divert from the fact that the policies conservative support make it illegal for her to get an abortion in her home state, regardless of who raped her.