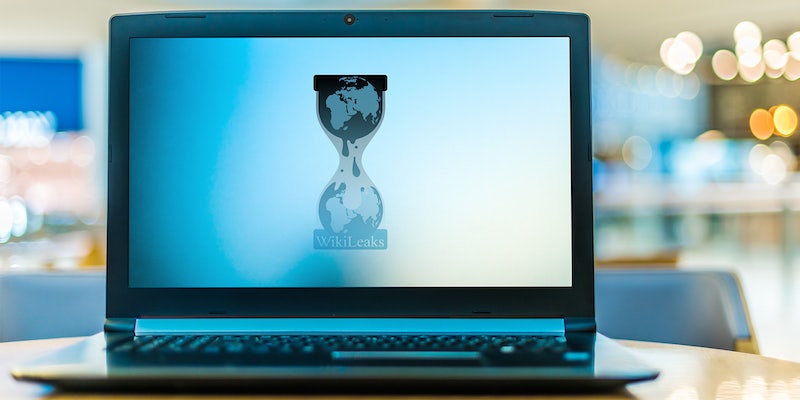 Every contact method for reaching WikiLeaks securely has been broke or inoperable for months.

WikiLeaks quietly launched a new document submission portal for whistleblowers after its previous portal was offline for months. But it appears the new submission system doesn’t even work.

The new portal, discovered this week by Emma Best, co-founder of the journalism collective DDoSecrets, was never publicly announced by WikiLeaks. Hosted on what’s known as an onion service on the dark web, the URL for the new domain was seemingly added to WikiLeaks’ main website on July 6, replacing the URL for the previously inactive submission system.

As reported by the Daily Dot in February, despite openly soliciting leaked materials, nearly every method provided by WikiLeaks for submitting documents had been either broken or inoperable for months.

And while the domain for WikiLeaks’ new submission portal is online and active, the system itself, which appears nearly identical to the system WikiLeaks previously used, seems to be riddled with issues. For starters, the Daily Dot made multiple attempts to upload some of WikiLeaks’ own documents and encountered numerous errors. The system would either not respond at all or the upload status indicator would freeze at 93% and never complete, making it appear as if uploading documents wasn’t even possible.

To make matters worse, the portal also encourages users to encrypt their submissions with WikiLeaks’ PGP key. The fingerprint listed for the key on the portal, used to authenticate the key as legitimate, does not match the fingerprint on the key provided. Not only that, but the PGP key itself has been expired since 2016. The fingerprint instead corresponds with a separate PGP key that expired in 2017.

Oddly, a valid PGP key that does not expire until 2024 is hidden in the HTML code of every page on WikiLeaks’ main website, yet WikiLeaks continues to ask potential whistleblowers to use the expired key.

Other minor issues abound on the dark web portal as well. Although WikiLeaks purports to offer different versions of the domain in French, Dutch, and Spanish, all versions except for French use the English language.

The Daily Dot reached out to WikiLeaks over Twitter DM on Tuesday, seemingly the only method in which contact with the organization is possible, to inquire about the issues and the apparent decision not to publicly announce the new portal but did not receive a response.

WikiLeaks’ last document release, which involved 17,000 files from an assortment of Spanish right-wing organizations, came in August of last year. The files, however, had already been publicly available for some time prior to WikiLeaks’ publication. The organization’s last original release appears to have been in 2019.

WikiLeaks founder Julian Assange, who is wanted by the U.S. on 18 counts related to his organization’s release of confidential U.S. documents, is currently facing extradition to the U.S. Assange’s legal team has since appealed the decision.

Update 10:05am CT, July 20: Within 48 hours of publication, WikiLeaks’ submission portal went completely offline without explanation. It remains unclear whether WikiLeaks purposely shuttered the site or other technical issues were to blame.