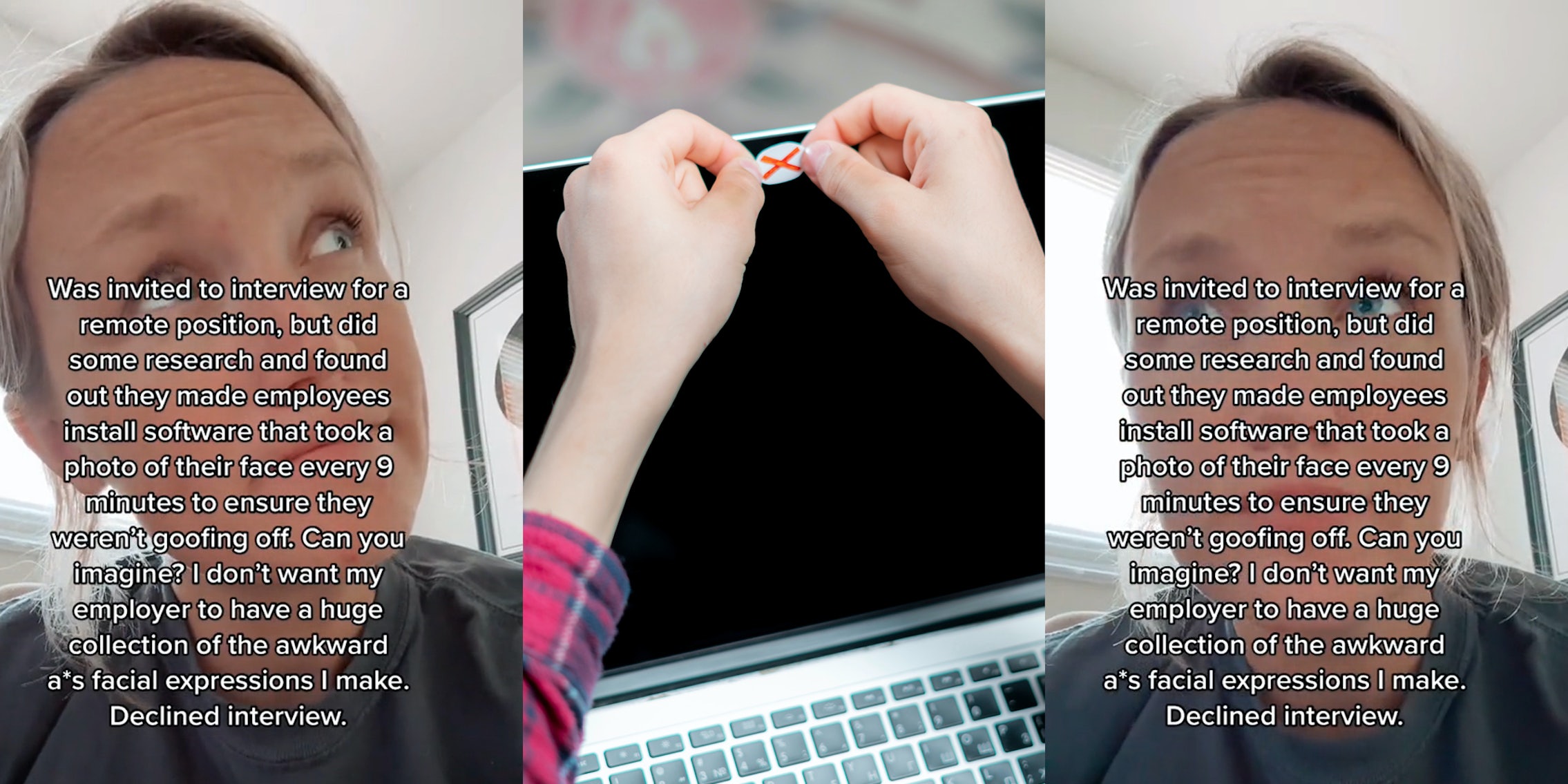 ‘To ensure they weren’t goofing off’: Candidate declines interview after learning company uses software that takes photo of employee ‘every 9 minutes’

A viral TikTok about remote work surveillance is once again creating a conversation about boundaries.

The account for hiring app Hirect (@hirectapp), which has more than 22,000 followers, recently posted a video that got more than 662,000 views. The caption details how the woman in the TikTok allegedly declined a job interview after doing some “research” on a remote position and discovering the company “made employees install software that took a photo of their face every 9 minutes to ensure they weren’t goofing off.”

Despite several commenters asking what company it was, or how she found out that info, those questions are never answered. However, this isn’t an isolated incident: More workplaces allegedly ramped up remote worker surveillance during the pandemic. Over the summer, we covered the story of an employee who claimed she was sent a photo when she was away temporarily from her desk, locked out of her computer, and then suspended for speaking about it on TikTok.

Hirect’s account is obviously trying to peddle relatable content, and many commenters on that TikTok had horror stories about awkward job interviews or being surveilled. One commenter said: “Interviewed for a place that had zero off time. Not just PTO, but you couldn’t even ask off to go to the doctor. I ghosted the interviewer.”

The majority of Hirect’s TikToks feature the same blonde woman, who is typically pondering whatever caption is plastered over her face. Usually it’s one where she is “thinking about the time” she went into a job interview that didn’t go as planned, but it’s, of course, a little odd that she personally has so many different scenarios at the ready. That’s possibly because these are scripted and not this woman’s actual experience. The Daily Dot reached out to Hirect for comment.

The account @hirectisfraud called out Hirect for being a scam earlier in the year, claiming the company flaked on its referral program.

TikTok is filled with stories about invasive interview questions and divisive hiring practices, but it’s also pulled back the curtain on just how much control certain employers want over remote workers.