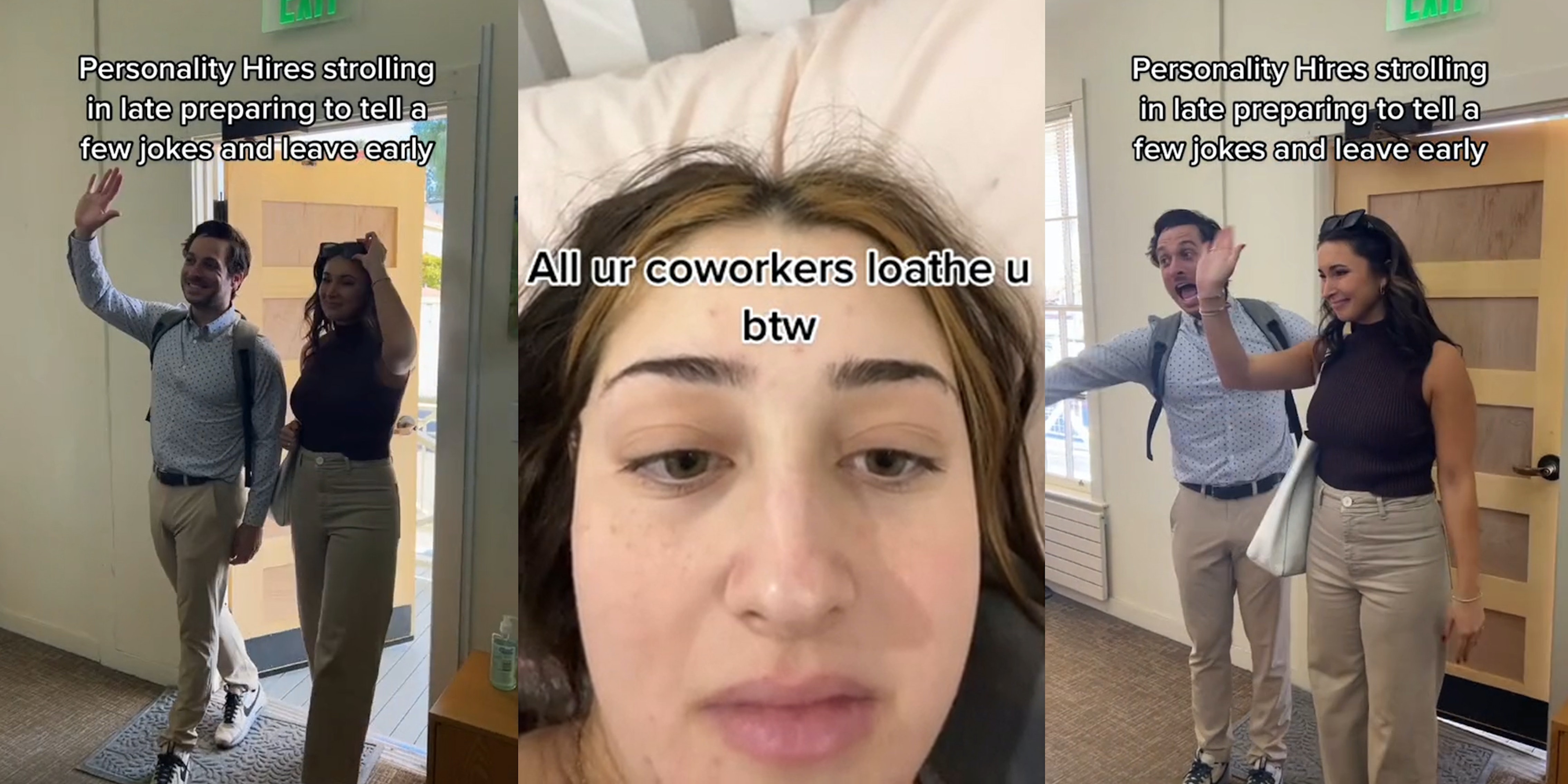 ‘All your co-workers loathe you btw’: The office ‘personality hire’ is dividing viewers. Do these charming colleagues actually help the workplace?

'A great way to say you peaked in high school.'

“Personality hires” are all over office TikTok right now, as people debate (and mock) the idea of getting hired on the basis of personality. Is it something to be proud of, or are personality hires a secret source of resentment among their co-workers?

Earlier this year a TikToker went viral by talking about her experiences as a personality hire, admitting that she wasn’t fully qualified for her job, and won the position by being charming and likable. This obviously attracted some divisive reactions, as people discussed whether white privilege played into the appeal of “personality hires,” and whether having a fun personality is actually a useful workplace trait.

Over the past few months we’ve seen many more TikToks on the topic. This includes people defending their roles as personality hires (ie. explaining the importance of having good social skills in the tech industry), along with some predictable backlash against “personality hire” stereotypes.

In a stitch that went viral to the tune of 1.5 million views, TikToker @francescaguclu made the subtext of this TikTok more explicit. “all ur coworkers loathe u btw,” she wrote, captioning a clip of herself looking disgusted.

The comments section was full of derisive responses, as people drew comparisons between personality hires and straightforward nepotism, or said it was “embarrassing to admit” that you consider yourself to be a personality hire.

“I feel like personality hire is only acceptable if you manage to actually do the work,” wrote one commenter, while another remarked, “personality hire is a great way to say you peaked in high school.” A few others were more sympathetic (“coming from a shy person, personality hires make my job less depressing and are the reason i wanna go to work”), but on the whole, it’s a big thumbs down on the concept of personality hires.

The personality hire debate is TikTok catnip because this phrase means so many different things to different people.

The idea of landing a job because you’re funny or charming is not exactly new; nor is the idea of workplace resentment between people who do and don’t cosy up to the boss. But TikTok culture loves to create specific terms that people can identify with and turn into stereotypes, creating fodder for discourse and first-person anecdotes.

Some people are happy to self-identify as personality hires because they believe their social skills are a real benefit, while others are frustrated by co-workers who seem to coast along because the boss finds them entertaining. A tale as old as time.

The Daily Dot as reached out to @francescaguclu via TikTok comment.