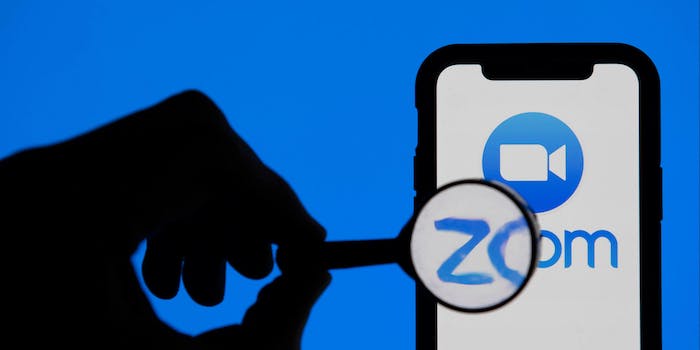 Zoom has faced a slew of concerns in recent weeks.

Zoom, the video conferencing software that has surged in popularity during the coronavirus outbreak, has begun facing scrutiny from digital rights and privacy groups as concerns have cropped up over the last several weeks.

The company has faced a slew of negative press in recent weeks, with questions being raised about its encryption promises and its data collection practices, as well as recent reports of hacking by trolls, known as “Zoombombing.”

The concerns have prompted the New York Attorney General’s office to ask about Zoom’s data privacy and security.

Cybersecurity researchers have also found bugs in the software, potentially exposing users to having passwords stolen.

Zoom has promised to address security issues over the next few months while also implementing a freeze on adding new features.

But the concerns that have been raised have also sparked a push from advocacy groups.

On Monday, the Electronic Privacy Information Center (EPIC) sent a letter to the Federal Trade Commission (FTC), asking for it to open an investigation into Zoom’s business practices.

“As you know, EPIC has had success in the past when we brought similar complaints to the FTC concerning Facebook and Google. In those matters, the FTC opened investigations and put in place historic consent orders that are still in effect. In fact, our work with our consumer groups in the Google matter produced a historic fine not long after we sued the agency for failing to act,” EPIC’s letter reads. “But the FTC never acted on the flaws we identified with Zoom, and the problems have only become worse.”

Meanwhile, digital rights group Fight for the Future launched a petition with other groups calling on Zoom to implement end-to-end encryption, something the company had misleadingly claimed to have for years before apologizing for the “confusion.”

Zoom added that there was a “discrepancy between the commonly accepted definition of end-to-end encryption and how we were using it.”

“Right now, agencies tasked with battling COVID-19 are using Zoom to discuss sensitive, confidential health information,” the petition reads. “People are using Zoom to have conversations with loved ones. Therapists and doctors are using it for incredibly private conversations with patients. Children are using it to go to school. With this increased usage, cyber-criminals will be looking for vulnerabilities. All of these conversations, video streams, etc. are exposed and open to major security breaches … Zoom implementing end to end encryption could be one of the single most important things any company could do to keep people safe right now.”

Other groups, like the Electronic Frontier Foundation, have laid out ways users can make sure their privacy settings are strong on the software.

Amid all of this, some school districts in the United States have asked their faculty not to use Zoom for virtual learning—including the New York Department of Education, the nation’s largest.