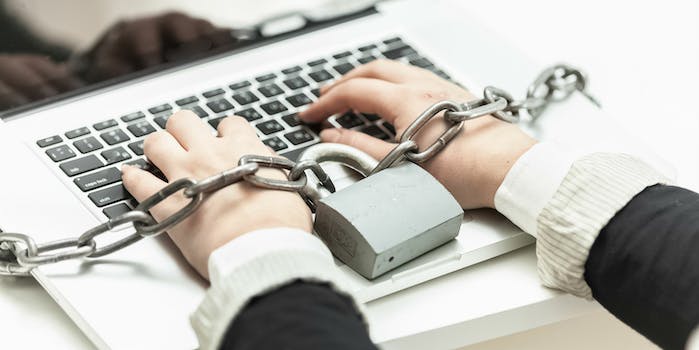 Critics of the bill say it could undermine internet freedom.

The Senate voted 97-2 on March 21 to pass FOSTA, a bill that could have a profound effect on internet freedom. Intended to protect sex workers from trafficking, the controversial legislation holds online platforms legally responsible for the content of its users. In other words, under FOSTA, classifieds sites like Craigslist and Backpage would be liable for hosting discussions about sex trafficking.

We’ve already seen the impact of the bill in the days following the vote. Craigslist and Reddit both took steps to rid their sites of any material that could potentially fall within the bill’s broad definitions. Popular subreddits vanished earlier this week, and Craigslist shut down its entire “personals” section in fear of repercussions. We will likely see a number of other changes take place in the months ahead.

Here’s a closer look at the bill that could upend the internet as we know it.

A mashup of two separate bills— The Stop Enabling Sex Traffickers Act of 2017 (SESTA) and its House equivalent, the Fight Online Sex Trafficking Act (FOSTA or H.R.1865)—SESTA-FOSTA was designed to prevent websites from facilitating sex trafficking. While that sounds like a cause to get behind, the bill has been strongly criticized by internet advocates and sex workers who fear it will only make matters worse.

In short, SESTA-FOSTA rolls back portions of Section 230 of the Communications Decency Act (CDA), a 20-year-old law that protects online publishers from the things their users say or do. The new bill holds website owners legally liable for criminal prosecution for any sex trafficking discussions that are viewable on their platform. It also gives state attorneys general the right to bring a civil action against websites.

“The bill amends the federal criminal code to add a new section that imposes penalties—a fine, a prison term of up to 10 years, or both—on a person who, using a facility or means of interstate or foreign commerce, owns, manages, or operates an interactive computer service (or attempts or conspires to do so) to promote or facilitate the prostitution of another person,” the bill states.

The legislation says a website is responsible if it “assists, supports, or facilitates” sex trafficking. Some of the vague wording opens up the bill for interpretation and has critics fearing frivolous lawsuits against platforms that didn’t know trafficking was happening on their site. What’s more, the bill applies retroactively, so platforms can be held liable for hosting sex-trafficking-related content when it was legal.

The bill came about after executives at classifieds site Backpage.com were arrested on pimping charges in 2016. A search warrant accused them of soliciting ads for the website’s adult listings.

The case was initially dismissed on account of Section 230. Lawmakers and tech companies then came together to destroy those protections and weed out platforms that facilitate illegal activities like sex trafficking.

What does SESTA-FOSTA mean for the internet?

A number of online advocates have come out against the bill, arguing that the internet would be an entirely different place if not for the protections outlined under Section 230. The Electronic Frontier Foundation (EFF) says open-source sites Wikipedia and the Internet Archive would likely not exist given the risk of publishing third-party content.

The EFF goes on to say the new “Frankenstein bill” will force online platforms to become overly restrictive with the content they allow. The organization worries the fear of housing any content that could be construed as sex trafficking will cause websites to censor innocent users.

Critics of the bill fear websites will turn to automated filtering to abolish all potential violations, which some argue places an unrealistic burden on smaller websites with fewer resources.

“No matter what methods platforms use to mitigate their risk, one thing is certain: when platforms choose to err on the side of censorship, marginalized voices are censored disproportionately,” the EFF wrote.

It continued: “If websites can be sued or prosecuted because of user actions, it creates extreme incentives. Some online services might react by prescreening or filtering user posts. Others might get sued out of existence. New companies, fearing FOSTA liabilities, may not start up in the first place.”

Just days after the bill passed, both Craigslist and Reddit made significant changes. Reddit banned a number of long-running sex worker forums, including r/Escorts, r/MaleEscorts, r/Hookers, and r/SugarDaddy. While the social network didn’t clarify why the changes were made, its forums were banned just hours after the Senate passed the bill. Craigslist, on the other hand, shut down its entire personals section.

“Any tool or service can be misused,” Craigslist wrote. “We can’t take such risk without jeopardizing all our other services, so we are regretfully taking craigslist personals offline. Hopefully we can bring them back some day.”

Who is in favor of SESTA-FOSTA?

In an uncommon bipartisan vote, lawmakers from both sides of the political spectrum backed both the Senate and House bills. Behind them, the Internet Association, whose members include major tech corporations like Amazon, Microsoft, Uber, and Netflix endorsed the legislation.

“Internet Association is committed to combating sexual exploitation and sex trafficking online and supports FOSTA, as amended,” Michael Beckerman, president and CEO of the Internet Association, said in a statement. “The internet industry will continue to work with any lawmakers interested in addressing this important problem.”

The EFF argues mega-corporations are better equipped to fend off lawsuits and have the resources to effectively filter out offending content. This could give them an upper hand against rising competition.

“The Internet Association can tell itself and its members whatever it wants—that it held its ground for as long as it could despite overwhelming political opposition, that the law will motivate its members to make amazing strides in filtering technologies—but there is one thing that it simply cannot say: that it has done something to fight sex trafficking,” the EFF wrote.

Other tech companies and organizations have come out in favor of the bill, including National Association of Assitant U.S. Attorneys and the non-profit trade organization CompTIA, though the latter pulled its endorsement in light of some amendments that were added before its passing. Mary Mazzio, director of the documentary film about online sex trafficking, I Am Jane Doe, is also in support, telling Politico that the amended House bill helps children and victims hold websites accountable and that critics are “clinging to a 1996 law” while dealing with a “21st-century problem.”

A number of celebrities, including Amy Schumer and Seth Meyers, released a PSA urging viewers to call their representatives and ask them to amend CDA 230.

In the other corner are internet advocates, sex workers, and several online platforms. The EFF has been the most outspoken organization leading up to the vote. It calls the bill’s passing a “dark day for the Internet” and claims it’s “disastrous for free speech and online communities.”

As outlined here, here, and here, the EFF feels the extent to which the bill censors online discussion undermines free speech laws and threatens internet freedom.

Emma Llansó, director of the Free Expression Project at the Center for Democracy and Technology, similarly told the Verge in 2017, “When intermediaries aren’t sure what will get them into legal trouble, we often get broader content filtering that sweeps in a lot of legitimate content.”

The American Civil Liberties Union (ACLU) released a statement hitting out at FOSTA as a “serious, yet unsuccessful, attempt to stop the use of the Internet for sex trafficking without hindering online freedom of expression and artistic innovation.”

Experts on sex trafficking worry the bill will bring down sites that make trafficking more visible. Freedom Network USA, a coalition of experts who provide services to trafficking survivors, spoke out against the bill.

Sex workers, who the bill was ostensibly created to protect, unanimously say the bill does more harm than good, and conflates consensual sex with sex trafficking. Sex workers often use online forums to vet the backgrounds of clients and consult with peers to determine whether a client is safe. Workers and advocates also say that when you shut down opportunities for sex work on the internet, it only sends more sex workers to the streets, where situations are arguably more dangerous. You can read more about how SESTA-FOSTA impacts sex workers in our previous coverage.

President Donald Trump signed the Allow States and Victims to Fight Online Sex Trafficking Act bill into law on April 11, effectively rolling back parts of Section 230 that protected website owners from statements made by users.

In the days leading up to the signing ceremony, Backpage, one of the most-cited offenders of facilitating online sex trafficking, was taken down by the FBI. The Washington Post reports that Yvonne Ambrose, whose daughter was killed after being prostituted on Backpage, stood next to Trump as he signed the bill.

“I’m signing this bill in your honor. You have endured what no person on Earth should ever have to endure,” Trump said “This is a great piece of legislation and it’s really going to make a difference.”

The EFF slammed the decision on Twitter, writing “As we’ve already seen, this bill silences online speech by forcing Internet platforms to censor their users.”

Websites will now be forced to police themselves for sex trafficking or face strict penalties. It’s possible we’ll see other sites follow Reddit and Craigslist’s lead, depending on how closely the bill is enforced.

Editor’s note: This article has been updated for relevance and clarity.