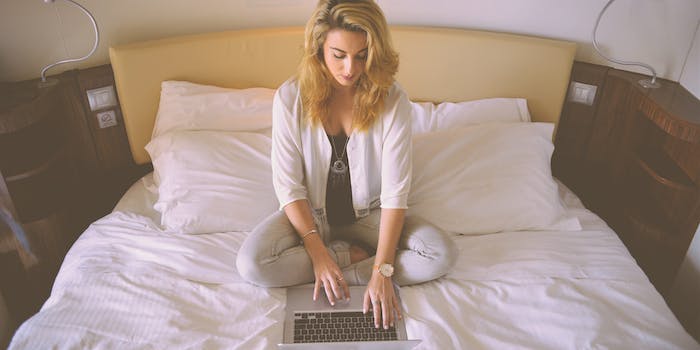 Yesterday, activists and sex workers warned on social media that Reddit is cracking down on subreddits after the controversial “sex-trafficking” bill SESTA (also known as FOSTA) passed in the Senate. Now, Craigslist is fearing repercussions of the bill as well, with the site indefinitely removing its entire personals section.

Craigslist released an official statement directly referencing the bill, warning that SESTA subjects websites “to criminal and civil liability” when users “misuse online personals unlawfully.” Craigslist would jeopardize its existence if the personals section remained online, the site explained, so the page was taken down.

“Any tool or service can be misused,” Craigslist wrote. “We can’t take such risk without jeopardizing all our other services, so we are regretfully taking craigslist personals offline. Hopefully we can bring them back some day.”

Craigslist is practically synonymous with both romantic and sexual classifieds, and consensual sex workers regularly obtain new clients through the site. Even outside of sex work, the site’s personals section was a regular spot for meeting new people for hookups, dates, or even platonic hangouts. But that also means any of the site’s personals sections could be misused for sex trafficking, which would hold Craigslist liable for criminal charges once SESTA becomes law.

Suffice to say, Twitter is furious with the section’s removal.

they'll do fucking ANYTHING to make it less safe to hook.

When you take away access to online platforms, sex workers are killed at such high rates that you can see the change in *overall* rates of female homicide victims. https://t.co/5DBX04Rs3b

Craigslist has removed its personal ads in fear of FOSTA repercussions.

If you think this isn't a move towards shutting down, not only sex workers, but "sexual deviant relationships" of all kinds (queer, interracial, casual sex, nonmonogamous, etc) then you are naive, my friend. pic.twitter.com/BquLVb68oc

So Craigslist is ending ALL personal ads because of #SESTA. Whorephobia does not just impact whores. https://t.co/yLnGm8NXDA

Other websites may follow, too, with some suggesting that dating and hookup apps may be at risk for prosecution under sex trafficking laws.

Craigslist just removed all of the personal ads sections. This is insane. Whats next? Tinder? OkCupid? Plenty of Fish? We told you this would have far reaching consequences but nobody listened. It's only going to get worse.#FOSTA #SESTA #LetUsSurvive #Censorship #InternetFreedom

Platforms like Facebook, Twitter & gmail could shut down if Big Brother decides they're helping facilitate #HumanTrafficking. By shutting sites, trafficking goes further underground & sexworkers end up on the streets being murdered at a higher rate #SESTA https://t.co/AWPgztStkw

When Tinder gets taken down, people might start screaming about #SESTA & #FOSTA

Don’t worry, when Tinder and Grindr shut down and all the civvies loss their hookups and sugar babies SESTA/FOSTA will be repealed faster than you can swipe right. #fuckthisgovernment