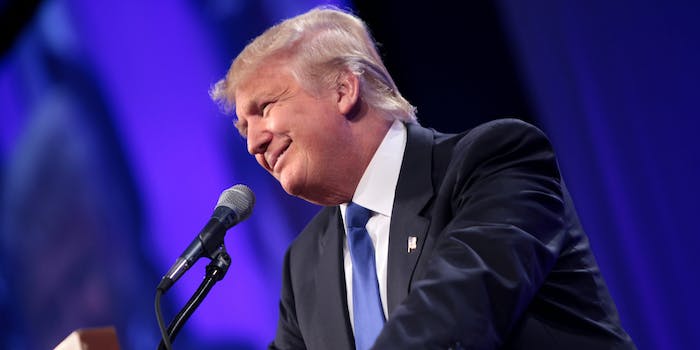 Sex workers warn the law will lead to deaths.

Late this morning, President Donald Trump signed the Allow States and Victims to Fight Online Sex Trafficking Act of 2017 (FOSTA) into law despite extensive criticism from sex workers and advocates of internet freedom.

Under the new law, FOSTA amends the Communications Act of 1934 so that the “Communications Decency Provisions” cannot be used to protect websites in civil or criminal cases pertaining to “sex-trafficking.” This means websites “benefiting” from “participating in a venture” that knowingly supports or facilitates “sex-trafficking” are now liable to prosecution from the federal government. Since the FOSTA passed in the Senate, websites like Craigslist and Reddit have already removed content related to sex work—even consensual sex work, which the advocates of the bill seem to conflate with sex trafficking.

Meanwhile, harsher penalties have been added for “people who promote or facilitate” prostituting “five or more people” or who “contribute to sex-trafficking through reckless disregard,” with up to 25 years in prison for charges. States also have more power to sue websites that violate federal laws.

“Human trafficking is a modern form of the oldest and most barbaric type of exploitation,” President Trump said in a White House press release obtained by the Daily Dot. “It has no place in our world.”

This is an important day in the fight against human trafficking as this bipartisan legislation officially becomes law. Thank you to everyone who gathered at the White House today, and so many others, for your tireless efforts to make this possible. #FOSTA – #SESTA #EndTrafficking pic.twitter.com/E7jWPbSRBK

Sex workers’ rights advocates and anti-censorship activists have condemned the law, with some warning that its implementation will lead to sex workers’ deaths.

“I know so many people who were able to start working indoors or leave their exploitative situations because of Backpage and Craigslist,” Survivors Against SESTA community organizer Lola told Motherboard. “[N]ow that those sites are down, people are going back to pimps. Pimps are texting providers every day saying ‘the game’s changed. You need me.'”