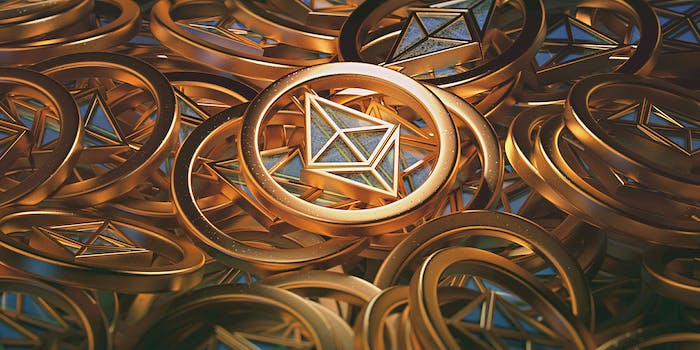 Why Ethereum may be a better investment than Bitcoin

Ethereum powers the cryptocurrency Ether, but it’s capable of much more.

Bitcoin coverage was basically inescapable in 2017, and by now, you’re probably also aware that Bitcoin isn’t the only cryptocurrency in the game. We’ve covered dozens of altcoins, such as Litecoin, Bitcoin’s first spinoff, Ripple, and IOTA. It’s about time we discussed Ethereum, the system that runs Ether (ETH). If you’re considering buying ETH, it’s important to understand what Ethereum is, why it even exists in the first place, and how the second biggest coin can change your life. To do that, you’ll have to go back to 2013.

What is Ethereum? In the simplest of terms, it’s an open-source blockchain system. It powers the cryptocurrency Ether (ETH), but it’s capable of much more.

It dates back to 2013, when developers and crypto believers began to see the limitations in Bitcoin’s use of the blockchain system. Instead of being this great, innovative technology that could be used for a variety of applications, Bitcoin was pretty much bound to transactional uses as a currency. Russian Bitcoin investor, Vitalik Buterin, then 19, recognized these limits and published a proposal for a new kind of blockchain system, called Ethereum, which could facilitate all kinds of decentralized applications. By 2014, the platform was crowdfunded by hoards of fans hoping to open up crypto tech to new heights.

Where a Bitcoin transaction takes 10 minutes on average, it only takes 15 seconds to verify an Ether payment. Additionally, in his white paper, Buterin baked a programming language inside Ethereum’s blockchain so that it could be customized by its users. To this day, Ethereum’s site offers free software to encourage businesses to switch to cryptographic operations. Based on the stipulations of the participants, these new programs execute transactions as directed. This is called a “smart contract.”

Smart contracts allow awesome new information to be stored on blockchains, such as records of debt, promises to pay out at a certain time, and markets. In theory, one could use Ethereum’s blockchain as a cloud-based “last will and testament” to be paid out to various parties digitally and automatically upon the owner’s death. Imagine driving home from a funeral and receiving a push alert that your digital wallet balance has received an inheritance accompanied by a note from the deceased. I swear, Black Mirror episodes write themselves.

The benefits of Ethereum

Smart contracts used with Ethereum’s blockchain have seemingly endless applications. Hourly employees can be paid using the blockchain as a digital timecard. International goods are attached to tracking numbers and can be easily refunded across time zones and different banking methods.

Smart contracts also work for basic transactions like ordering goods online. For example, let’s say you order a T-shirt online. The “contract” implicit in this transaction is that the store will package, ship, and deliver your desired T-shirt in a set amount of time. But say the shirt arrives and it’s the wrong color, so you decide to send it back. Now, you have to get a refund from the store. Since fiat money use third parties to sell you the shirt (like Paypal or your bank), you’ll have to wait three to five business days to get that money back.

With Ethereum’s blockchain, the moment a contract is not fulfilled (like your shirt being the wrong color), the money is refunded to your account. Additionally, all of your personal info, like your address and banking numbers, aren’t in the hands of this not-great T-shirt company. That private information is stored on the blockchain and only released to the retail company during these transactions.

Like IOTA, the currency of “the internet of things,” Ethereum’s platform has the capability to allow any object with an internet connection to buy, sell, trade, and exchange currency. In 2015, an Ethereum partnership with IBM and Samsung for this very idea was unveiled using a washing machine as a proof-of-concept. They posited that by using Ethereum’s chain technology, a washing machine could complete tasks like ordering its own Tide Pods (yum!) or only doing laundry when electricity was cheapest.

How to buy Ethereum

When you want to buy cryptocurrency, the easiest way to do so is on a digital exchange. Since Ether (ETH) is one of the biggest currencies on the market, large-scale exchanges like Coinbase, Kraken, and Bitstamp will accept your fiat currencies (and sometimes credit) as well as your bitcoins to sell you some ETH. Where you are located and how you want to pay for your Ether will determine which exchange you use.

To join an exchange, you’ll have to create an account and submit identification. Some sites require ID in addition to verifying email and phone info. You will also be required to attach some kind of payment method, be it a debit card, Paypal, or a bank account. Both of these steps can take several business days so be patient. Once your ID and billing info are connected, buy as much Ether as your heart desires and your bank will allow you to.

Should you buy Ethereum?

Ethereum’s platform and its corresponding cryptocurrency are practical, straightforward, and streamlined. According to CoinMarketCap, ETH’s price has gone up by over 10,000 percent since last year. But should another, user-friendly platform emerge that improves upon Ethereum’s smart contract capabilities, it could nullify the coin’s staying power. Still, as far as coins go, Ether is a stronger, more stable investment, than say, Potcoin, which famously funded a Dennis Rodman trip to North Korea.