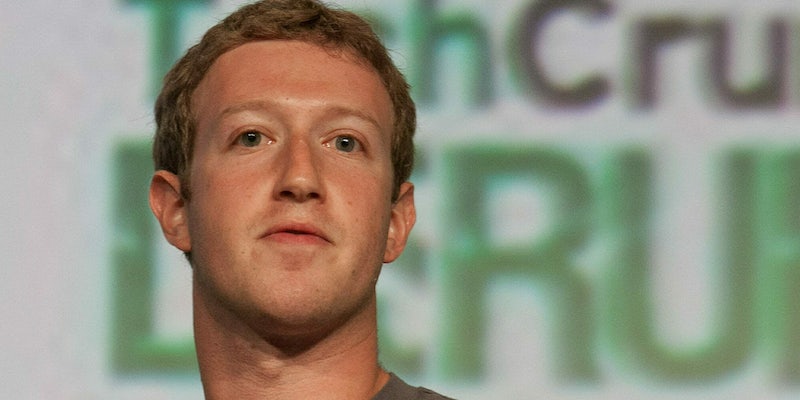 A U.K. politician gained access to the data from an American software company.

In what appears to be an unprecedented move, the U.K. parliament just gained access to documents one MP alleges have crucial information regarding the relationship between Facebook and data firm Cambridge Analytica.

Facebook has fought hard to deny public access to the documents, according to CNN. They apparently include sensitive information such as email correspondence between senior executives with the company and founder and CEO Mark Zuckerberg.

Damian Collins, a U.K. Conservative Party politician, used a “rare Parliamentary mechanism” to get an American software company Six4Three to share the documents with him, the Guardian reported. Six4Three has been in a legal battle with Facebook for years, and has had access to their documents under seal, CNN reports. The internal documents were accessed as part of the discovery phase of the trial. wherein both parties have access to internal evidence from each other.

The Parliament used extraordinary measures—like sending a sergeant to Six4Three’s founder’s hotel—to gain access to the data, according to the Guardian. The founder was given a two-hour deadline to comply with the orders and then taken to Parliament when he failed to do so.

“We are in uncharted territory,” Collins told the Guardian. “This is an unprecedented move but it’s an unprecedented situation. We’ve failed to get answers from Facebook and we believe the documents contain information of very high public interest.”

A spokesperson for Facebook told NBC that the information accessed by the Department for Digital, Culture, Media, and Sport, which Collins chairs, is “subject to a protective order of the San Mateo Superior Court restricting their disclosure.”

Facebook has been in hot water since the beginning of the year when it was revealed the social media giant allowed millions of user’s data to be compromised in its work with Cambridge Analytica, the political data analytics company that worked for President Donald Trump in the 2016 election. The scandal shook up the company on many layers—leading to widespread scrutiny from government bodies such as the FBI, FTC, and SEC. Zuckerberg testified before three Congressional committees and, following a #DeleteFacebook hashtag, many users began to delete their accounts. The hashtag campaign eventually failed, but with the potential for new revelations about Facebook’s business practices, the hashtag (or the movement) might just be rekindled.