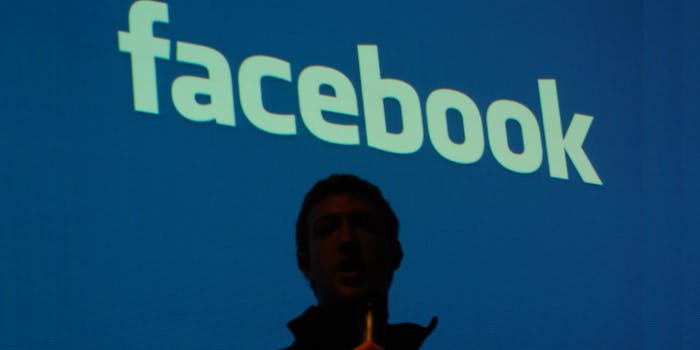 A New York Times report published Wednesday revealed the steps Facebook took to try and deflect a negative image in the wake of multiple scandals, including working with a Washington-based public relations firm last year to publish negative articles about Google and Apple.

Negative publicity and open criticism of Facebook’s inability to handle Russian interference during the 2016 election and the exposure of 87 million users’ information to Cambridge Analytica devastated the company’s image in 2017.

Instead of fixing the problems at its core, CEO Mark Zuckerberg continued to apologize for the company’s mishaps. “We didn’t take a broad enough view of our responsibility, and that was a big mistake,” Zuckerberg said in April, according to the Washington Post. “It was my mistake, and I’m sorry.”

Meanwhile, according to the Times, chief operating officer Sheryl Sandberg oversaw a campaign to shift the public’s anger away from Facebook and toward Apple and Google. A firm called Definers Public Affairs published articles criticizing the rival tech giants while minimizing Russian influence on Facebook and published them on NTK Network, a site that shares content with conservative outlets including Breitbart.

That was only part of the campaign. Per the Times:

Facebook employed a Republican opposition-research firm to discredit activist protesters, in part by linking them to the liberal financier George Soros. It also tapped its business relationships, lobbying a Jewish civil rights group to cast some criticism of the company as anti-Semitic.

The Times report details how upset Sandberg was in 2017 when she was learned that Facebook security chief Alex Stamos had informed board members of the extent of lingering Russian interference on the platform. According to people who were present, Sandberg yelled “You threw us under the bus!” to Stamos.

And when Apple CEO Tim Cook criticized Facebook for its sketchy privacy concerns earlier this year, Zuckerberg reportedly ordered his managers to switch to Android phones.

According to an internal Facebook survey, 52 percent of employees are optimistic about the company’s future, a 32 percent decrease from last year, the Wall Street Journal reports.