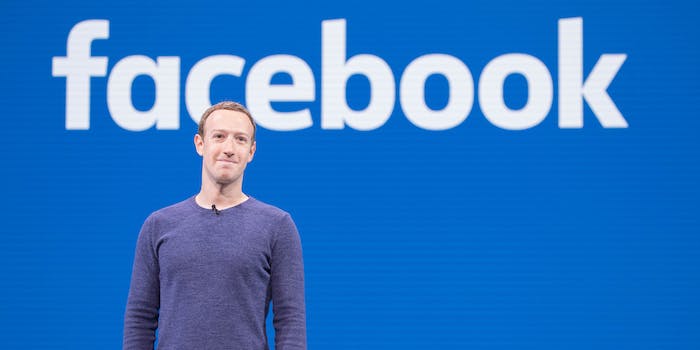 It will reportedly cost the platform 18 minutes of earnings.

Facebook has been fined £500,000 ($641,000) by a British watchdog over its involvement in the Cambridge Analytica scandal.

Issued by Britain’s Information Commissioner’s Office (ICO), the penalty is the maximum allowed at the time of the incident and follows an investigation into the social media giant’s handling of user data.

Cambridge Analytica, which aided then-candidate Donald Trump’s presidential campaign in spreading political ads on Facebook, is believed to have been given access to data on as many as 87 million users.

If the scandal had taken place this year following the implementation of the E.U.’s General Data Protection Regulation law, the fine could have reached as much $21 million.

Facebook responded to the announcement by defending its cooperation with the investigation.

“While we respectfully disagree with some of their findings, we have said before that we should have done more to investigate claims about Cambridge Analytica and taken action in 2015,” Facebook said. “We are grateful that the ICO has acknowledged our full cooperation throughout their investigation.”

Although the ICO’s move is significant, the Daily Mail reports that given Facebook’s “$4.8 billion … net profit in the first three months of 2018,” it would only cost the platform “18 minutes’ earnings” to pay off the fine.