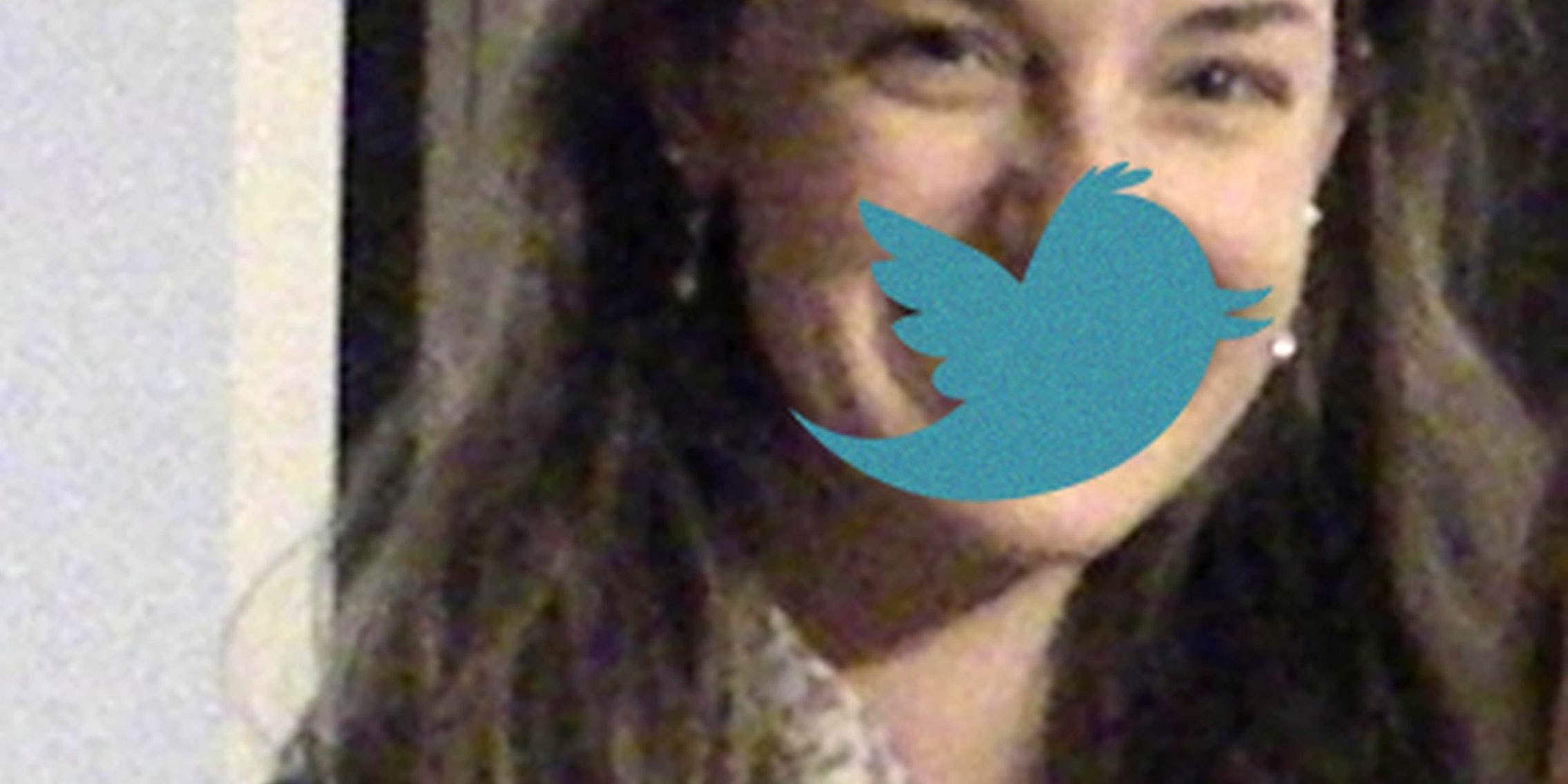 Conservative political commentators Leah Sarent and Chris Loesch were temporarily barred from Twitter after allegedly being mass-tagged by opponents as spam.

There are any number of ways to describe Leah Sargent. She’s an outspoken Madisonian conservative and anti-abortion advocate. She loves God, country music, and Tim Tebow, presumably in that order.

But there’s one thing she’s clearly not: a spammer.

On May 23, however, Sargent had her Twitter account suspended for five days. Her offense? Apparently, “tweeting snark on the #MoviesWithObama hashtag,” Sargent, editor of the site Misfit Politics, told the Daily Dot. “[M]ultiple people falsely reported me for spam when that’s obviously not what I’m doing.”

In 2012, Twitter has become a hotly contested political battleground, with users fighting to control not only the message—but the medium itself. There have been an alarming number of instances where users have allegedly abused Twitter’s spam reporting feature to have unwanted voices, like that of Sargent, barred temporarily from the service.

For example, Chris Loesch, the husband of a conservative talk-radio host, had his account suspended at least four times after defending his wife on Twitter and subsequently being labeled as spam by her critics.

The problem boils down to Twitter’s one-size-fits-all approach to combating spam—a massive issue that’s already caused the company to file for $700,000 in damages against five prominent spamware providers.

With more than 500 million users, there are obvious limits to Twitter’s ability to manually oversee accounts. That’s where automated systems come into play, allowing users to identify and report spam to help facilitate the removal process. On its help pages, Twitter has a list of some of the things it defines as spam. These include posting harmful links, following and unfollowing en masse for attention, spamming trending topics, and sending unwelcome tweets using the @mention feature. Personal opinions, it should be noted, are not classed as spam under Twitter’s guidelines.

By reporting a user as spam—a feature available on the drop-down menu of individual accounts—it prevents that user from being able to contact you on the site, and it also makes Twitter aware that person may be spamming others. In short, if an undetermined number of users decide to falsely flag a user for offensive content or spam, it can it can trick Twitter into automatically suspending the account in question.

“Twitter has automated systems that find and remove multiple automated spam accounts in bulk,” a Twitter spokesperson wrote via email to Daily Dot contributor Lorraine Murphy, a recent victim of a Twitter spam-report attack. (Twitter did not respond to requests for comment for this story.)

The pattern is similar to what occurs on YouTube, where users abuse the Digital Millennium Copyright Act (DMCA) request process to have videos temporarily banned. Since pre-screening videos would cost the Google-owned company an estimated $37 billion a year, YouTube employs a “pull first, investigate later” policy to comply with DMCA requests—legitimate or not.

On Twitter, suspended account go through a review process that allows users to appeal the decision. Community members appeal the decision, but it can take several days for a suspended account to be restored. (While setting up a new Twitter account is a simple process, people obviously don’t want to lose their existing identities and the connections they’ve cultivated over time.)

“Twitter’s algorithm should not allow for abuse of the spam button, but no system is perfect,” Jillian C. York, director for international freedom of expression at the Electronic Frontier Foundation, told the Daily Dot.

Having an account suspended may be only a temporary victory, but it’s symbolic of a larger power struggle.

Other conservatives have fallen victim to such attacks, in what some are referring to as the “#TwitterGulag.” A search for that hashtag reveals several instances of conservative-minded Twitter users claiming a “small, but loud” group of liberal tweeters are specifically targeting their accounts. Even actor Adam Baldwin has taken note of the trend.

And this issue is not limited to American politics.

Mayoral candidate Chad Novak, who is campaigning on a “progressive change” platform in Regina, Saskatchewan, had his Twitter account suspended for at least the second time after his account was apparently marked as spam by the incumbent administration. (It has since has been reinstated.)

In Mexico last month, 30 spambots flooded Twitter with messages using the same hashtag as protesters against Institutional Revolutionary Party leader Pena Nieto, #marchaAntiEPN, causing it to be flagged by Twitter as spam and thus preventing the effort “from reaching the site’s coveted ‘Trending Topics’ list,” Univision reported.  A similar tactic was employed last year by spambots in Russia to drown out protesters’ tweets.

The overall trend that emerges is a new form of dirty politics, a micro-battle being waged in 140 characters or less.

And as the self-proclaimed “free-speech wing of the free-speech party,” Twitter needs to be more active in protecting the voices of its constituents, Sargent contends.

“[Twitter administrators] either need to change the system so that they can see who’s doing this, or if they can tell already, they need to suspend their sorry butts permanently,” she said.

“They need to make it clear that abusing the spam report system isn’t going to be tolerated, and right now they’re doing the exact opposite.”