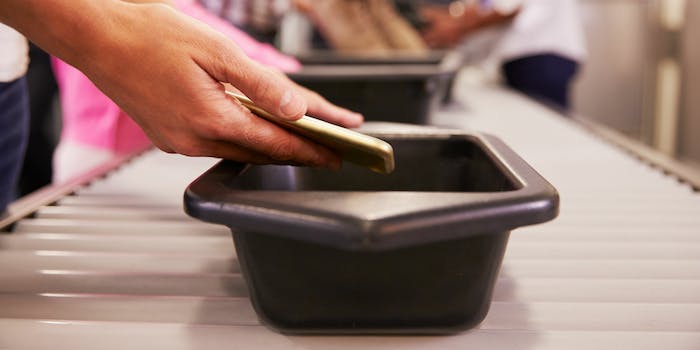 The changes are expected to be made following the summer travel rush.

Airport security, the insufferable roadblock sitting between you and a much-needed vacation, is about to get even worse. The TSA is testing a number of new policies that will require airline passengers to unpack and repack more items than just a laptop and small liquids.

According to a report from the Wall Street Journal, the agency is already testing some of these procedures in major cities like Los Angeles, Phoenix, Las Vegas, and Boston. In one test, passengers were told to remove all food items from their bag, while a separate test required them to put any electronics larger than a cell phone into a separate bin. A failed experiment forced confused passengers to take out all paper items from their carry-on.

The procedures aren’t being tested because the TSA wants to make your life a living hell. It’s because the agency’s scanners are having problems seeing through carry-on bags that are crammed with items, an issue largely caused by airlines charging steep fees to check bags. As the Journal points out, fewer people are checking bags, which has led to overstuffed carry-ons that slow down lines at security checkpoints. Darby LaJoye, the assistant administrator for security operation at the TSA, says the changes aren’t due to a concern over any single items, but about finding a way to make X-rays faster and more accurate.

“It is not any one particular item we’re worried about,” LaJoye said. “It’s not about paper or food or anything. It’s how best to divest those items.”

The TSA is expected to make several changes following the summer travel rush, but expect their implementation to vary from airport-to-airport and even line-to-line. There is even a chance a TSA employee could ask you to take something out of your bag without warning.

Like the TSA’s controversial body scanners, compliance is optional, but if you decide not to use them, you could be subjected to something much worse.

Members of TSA Pre-Check will likely not be seeing any changes, according to LaJoye. A five-year subscription to the program, which must first be granted by the agency, costs $85.