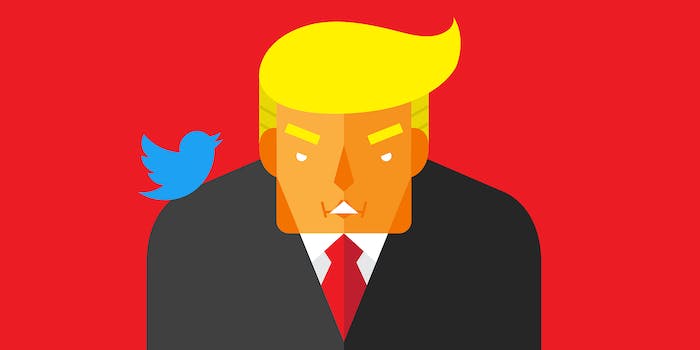 Twitter is locking journalists out for debunking Trump’s coronavirus claim

The effort to ban disinformation has some flaws.

Last night, Twitter locked out one of the accounts for President Donald Trump’s campaign team for sharing the president’s claim that children are “almost immune” to coronavirus.

The account deleted the tweet to unlock its account, but the situation highlights a thornier issue with Twitter attempting to clear up false stories and disinformation on its platform—Twitter similarly locked out accounts of some journalists who have flagged the video.

“This is absolutely nuts, @TwitterSupport. My account was locked for quoting and fact-checking Trump, and I was forced to delete this tweet. Why am I getting punished for shining a light on the president’s falsehoods?,” wrote Vox’s Aaron Rupar after he received a message from Twitter.

Similarly, Media Matters’ Bobby Lewis said his account was locked out, and he was forced to delete his tweet.

The action raised alarms, that Twitter was accidentally sweeping up debunks of the president, which worried people that fact-checking might be subject to the same kind of “censorship” as the disinformation its purporting to fight against.

However, according to Twitter, the site had flagged the video of Trump’s quote from Fox & Friends and was pulling down tweets from anyone who’d shared the video, in an attempt to halt the spread of the quote, which violated Twitter’s stance on denying established facts about transmission.

Stripping the site entirely of the president’s words in an interview with a major news site—false as they may be—and journalists’ ability to share that, highlights the almost unwinnable situation the site keeps finding itself in these days.