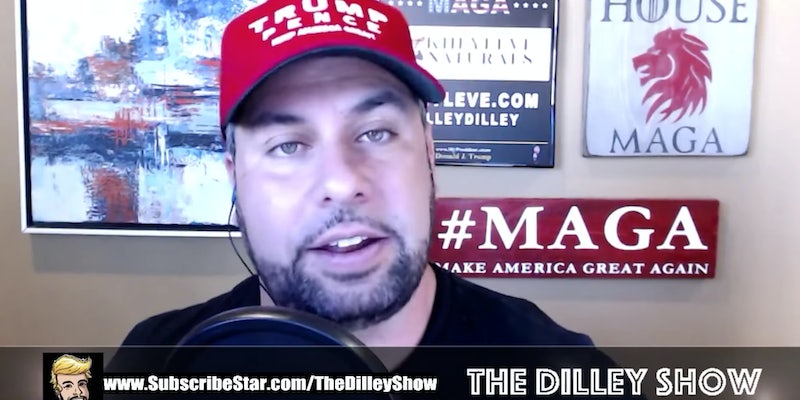 He has three kids.

In an Aug. 3 episode of his broadcast, The Dilley Show, which can be viewed on YouTube, Dilley makes the analogy.

“Bitch, I’ve got fucking three kids. I barely even wore condoms when I had to,” he says. “It’s like, I’m not wearing a mask! I ain’t doing it! It’s bullshit!”

Condoms are used to protect against contracting sexually transmitted infections (STIs) and unwanted pregnancies, and face masks are used to help reduce the spread of the COVID-19. By his own logic, Dilley—who has three children by different women, according to Right Wing Watch—will catch the coronavirus in no time.

Dilley also says he doesn’t wear a mask for the flu and cold season, so he isn’t wearing one during the pandemic. In the rest of the full-length video, Dilley promotes a number of different conspiracy theories related to the coronavirus.

In August of 2019, Dilley was suspended by Twitter for spreading misinformation about the El Paso shooting. At the time, he falsely claimed the shooter was part of the anti-fascist political movement antifa.