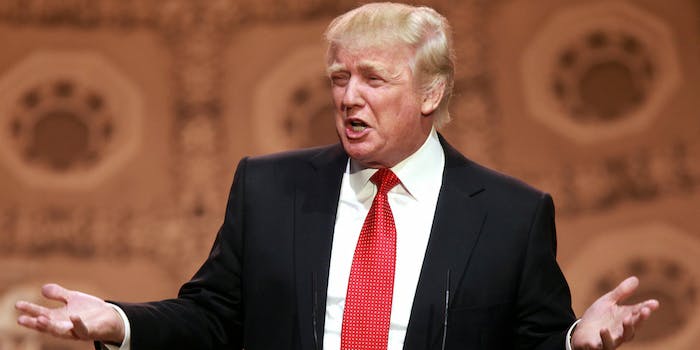 The sanctions will put pressure on the Internet Research Agency, a Russian “troll farm” that used social media to sow discord among voters during the 2016 election, among other higher-profile Russians. The sanctions apply to five entities and 19 people, CNN reports.

The Internet Research Agency was one of several Russian entities that were indicted by a grand jury last month as part of Special Counsel Robert Mueller‘s investigation into the country’s election interference and other related issues.

“The administration is confronting and countering malign Russian cyber activity, including their attempted interference in U.S. elections, destructive cyberattacks, and intrusions targeting critical infrastructure,” Treasury Secretary Steven Mnuchin said in a statement, according to Politico. “These targeted sanctions are a part of a broader effort to address the ongoing nefarious attacks emanating from Russia.”

According to Mueller’s indictment, people associated with the Internet Research Agency “had a strategic goal to sow discord in the U.S. political system, including the 2016 presidential election.” The indictment also suggests that the goal was to support Trump’s campaign and post disparaging information about Hillary Clinton.

The alleged founder of the Internet Research Agency, Yevgeniy Viktorovich Prigozhin, was included in Thursday’s sanctions, according to reports.

Trump reluctantly signed a bill from Congress regarding the sanctions last summer. The president has vehemently denied that Russia was involved in a cybercampaign aimed at winning him the presidency.