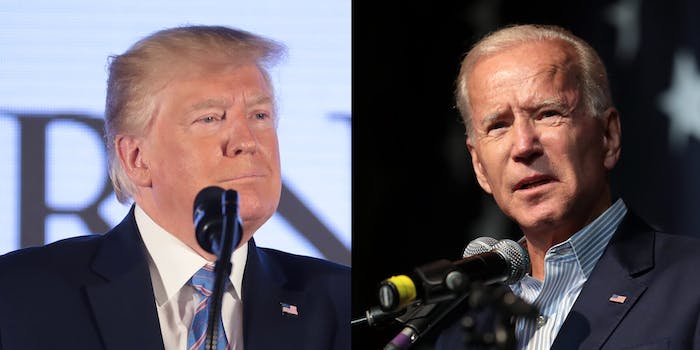 There were phishing attempts made toward both campaigns.

Huntley said there were no signs that either campaign were compromised by the targeting, but the instances were referred to law enforcement. Huntley also warned that those working for campaigns might have their personal accounts targeted as the election kicks into high gear.

In a statement to TechCrunch, Google said the efforts from China and Iran were phishing attempts that targeted personal email accounts for both Biden and Trump’s campaign staff.

Phishing is when someone sends an email to someone else disguised as authentic, with the goal of snatching up personal information.

The hacking of political campaigns was a major issue in the 2016 presidential election, after Russian groups broke into the Democratic National Committee’s network.

Last year, Microsoft warned that Iran was targeting a presidential campaign. The New York Times reported that Trump’s reelection campaign was the target.