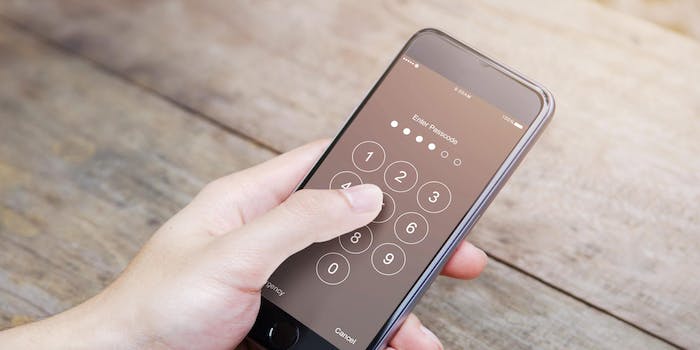 FBI needs a warrant to look at your phone’s lock screen, judge rules

A U.S. District Court judge ruled this week that the FBI violated a man’s Fourth Amendment rights when it powered on his cell phone and took a photograph of its lock screen.

District Judge John Coughenour of the U.S. District Court in Seattle gave his opinion stemming from a motion filed on behalf of Joseph Sam, who was arrested last year and had his phone examined by police and the Federal Bureau of Investigation (FBI).

Sam’s lawyer filed a motion for the evidence collected by the FBI to be suppressed in the case because the agency turned on the phone and took a photo of its lock screen. His lawyer argued the FBI needed a warrant to do so.

Coughenour agreed, writing that the FBI “‘searched’ the phone within the meaning of the Fourth Amendment … and because the FBI conducted the search without a warrant, the search was unconstitutional.”

“When the government gains evidence by physically intruding on a constitutionally protected area—as the FBI did here—it is ‘unnecessary to consider’ whether the government also violated the defendant’s reasonable expectation of privacy,” Coughenour wrote. “Accordingly the court grants Mr. Sam’s motion to suppress as to the evidence the FBI gathered during the second examination of Mr. Sam’s phone.”

However, Coughenour ordered the police department to clarify the circumstances around which it searched the phones.

Past court decisions have ruled that police can generally force a suspect to unlock their phone using a face scan or fingerprint, but passwords and pins are off-limits.