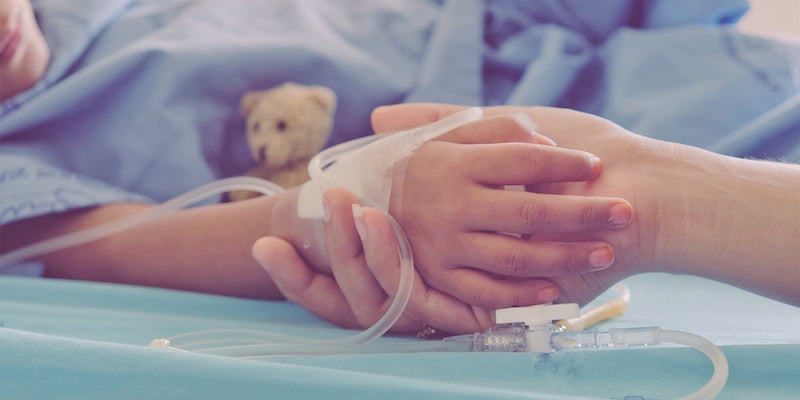 The attacks, which include death threats, are based on misinformation and lies.

Online right-wing personalities behind the wave of transphobic hate gripping the nation have found a new, unexpected enemy: children’s hospitals. This follows their attacks on schools, drag queens, Pride events, and libraries over what they view as indoctrination and sexualization of children.

Disinformation posted by transphobic and homophobic Twitter accounts about the types of gender-affirming medical care hospitals provide has prompted a deluge of harassment and threats against multiple children’s hospitals around the country. The hospitals being targeted include Boston Children’s Hospital, Phoenix Children’s Hospital, UPMC Children’s Hospital of Pittsburgh, and others. The effort is part of the broader trend of hateful rhetoric, legislation, and physical attacks increasingly targeting the LGBTQ community nationwide.

Anti-LGBTQ Twitter account Libs of TikTok, which is run by Chaya Raichik, is leading the charge against children’s hospitals. Other prominent right-wing personalities and outlets have followed Raichik’s example. The Gateway Pundit wrote a story claiming Boston Children’s Hospital promotes hysterectomies for children. On Monday, Matt Walsh claimed, “Children’s hospitals around the country are butchering, mutilating, and sterilizing their young patients.”

Far-right platforms have been filled with hateful comments about children’s hospitals in recent days. Many baselessly called the hospitals and their staff “groomers” and “pedophiles” or made violent and other threats. “These people should be prosecuted and die in jail!” a subscriber to a far-right Telegram channel wrote. In another channel, a commenter wrote, “All of these people should be round[ed] up, taken to the middle of the ocean and drowned.”

Hospitals have responded by releasing statements correcting the lies, contacting police, and locking down their social media accounts.

Boston Children’s Hospital, which U.S. News and World Report consistently ranks as the top children’s hospital in the nation, released a public statement saying it has “been the target of a large volume of hostile internet activity, phone calls, and harassing emails including threats of violence towards our clinicians and staff.”

Boston Children’s Hospital said, contrary to claims circulating online, it doesn’t perform hysterectomies on minors. “Boston Children’s does not—and will not—perform a hysterectomy as part of gender-affirming care on a patient under the age of 18,” it said.

Boston Children’s Hospital added that it’s “deeply concerned” by the attacks that are “fueled by misinformation and a lack of understanding and respect for our transgender community.”

According to its website, the facility doesn’t perform gender-affirming genital surgeries on any minors.

CNN reports that the hospital is now working with law enforcement to protect its staff “in the face of these lies.”

The hateful disinformation campaign is based in part on such facilities following the World Professional Association for Transgender Health (WPATH) guidelines for treatment of transgender youth.

Many commenters accused the hospital of castrating or sterilizing children.

In reality, WPATH guidelines state that genital surgery shouldn’t be performed until the patient reaches adulthood at the absolute earliest.

“The age threshold should be seen as a minimum criterion and not an indication in and of itself for active intervention,” WPATH adds.

Its guidelines do say that chest surgery can be performed on female-to-male patients at an earlier age, but caution that this should only be done after “ample time” living in the desired gender role and at least a year of testosterone treatment.

Phoenix Children’s Hospital responded to the inundation of hate by locking comments on its social media platforms, but not before people flooded its tweets with accusations and abuse. “Butchers children for a living,” reads a representative comment.

UPMC Children’s Hospital of Pittsburgh is similarly being inundated with hateful tweets based on false assumptions about how it cares for transgender patients. Even a recent tweet about a child with cancer prompted abusive comments such as, “Change their sex cuz??? Marxism?” and “We will destroy you.”

Now some are calling on social media platforms to intervene, primarily Twitter, where the false claims and harassment often originate.

“@twittersafety how many more children’s hospitals and their providers need to be threatened before you actually do something?” wondered Alejandra Caraballo, a clinical instructor at Harvard Law School who has been at the forefront of efforts to convince Twitter to crack down on anti-LGBTQ hate speech and accounts dedicated to the same.

Twitter has permanently suspended some prominent accounts that pushed transphobia. But it’s allowed many others to remain on the platform.