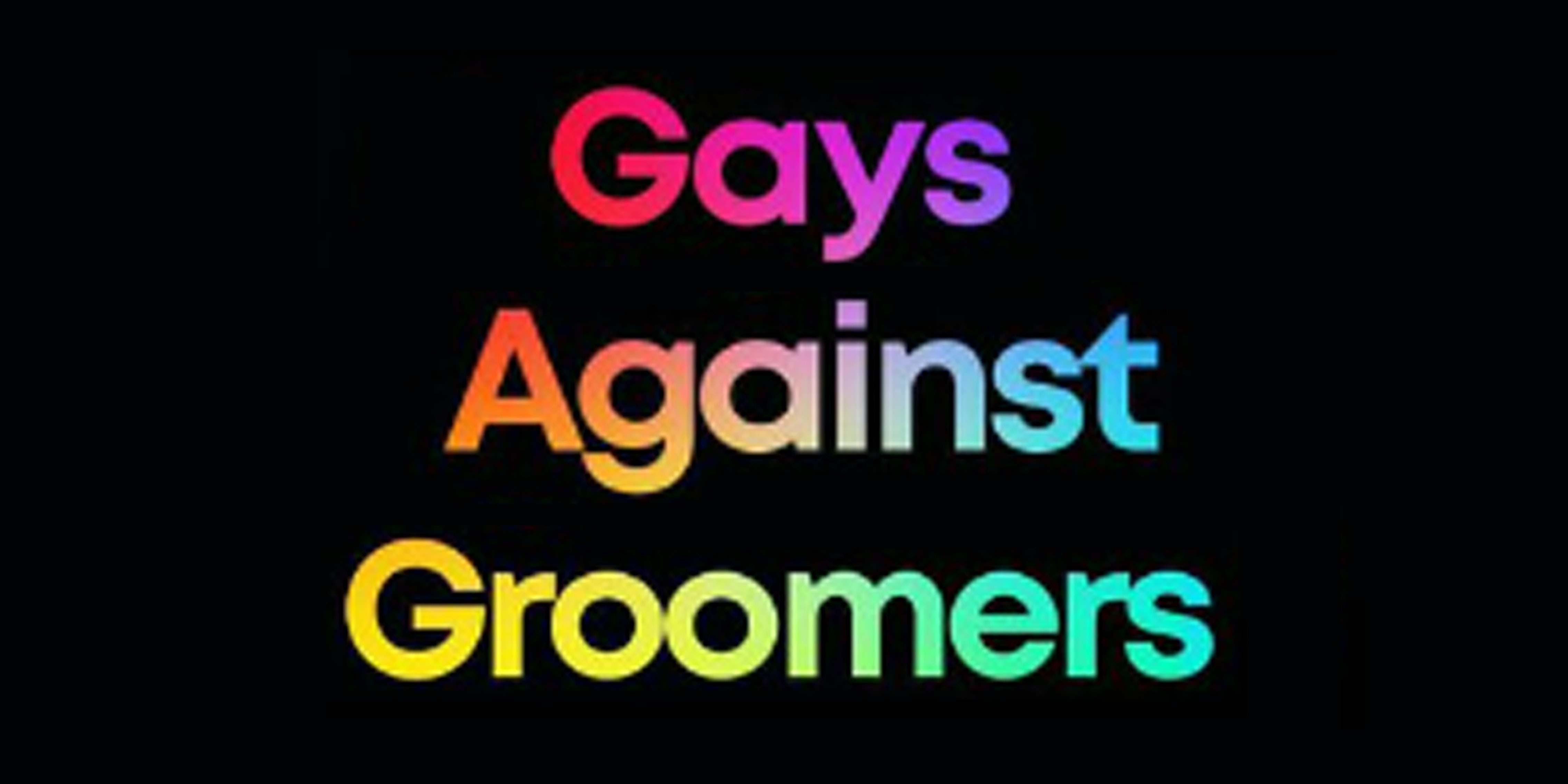 Is ‘Gays against Groomers’ the new Libs of TikTok?

Libs of TikTok is an internet juggernaut. The anti-LGBTQ account run by Chaya Raichik is as beloved by conservatives as it’s reviled by liberals. In two years, it amassed more than 1 million followers on Twitter alone.

Now there’s a new account riding the coattails of Libs of TikTok’s success: Gays Against Groomers. The account describes itself as a “coalition of gays against the sexualization and indoctrination of children.” As the name implies, it focuses on what it deems “grooming” by the LGBTQ community, the newfound panic that’s swept up conservatives on the internet. It’s a wildly successful strategy. In less than a month, Gays Against Groomers has racked up 30,000 followers on Instagram and 20,000 on Twitter.

Gays Against Groomers insists its purpose is “to protect children from harm being done in our name and by those who have hijacked our community.” Critics say that Gays Against Groomers is a transphobic, far-right “astroturf” campaign whose founder allegedly shared racist, Islamophobic, extremist content and conspiracy theories.

The founder denied to the Daily Dot responsibility for sharing much of this offensive content, blaming an ex.

Gays Against Groomers founder Jaimee Michell also insists that she isn’t emulating Libs of TikTok. “I am in NO WAY trying to be any version of Libs of TikTok,” Michell told the Daily Dot via email. “I think the work they do is incredible, and that all of this needs to be exposed.”

She said Gays Against Groomers, which often interacts with Libs of TikTok’s posts, creates its own content and plans to create chapters of other likeminded individuals. “We are about action and making real change within our community and in the world,” she said.

Gays Against Groomers posts observations, quote tweets, retweets, and some user-generated content. Much of it rails against LGBTQ culture. “Alternative headline: Young boys forced to participate in nearly-naked kinkfest,” the account recently wrote about Boy Scouts marching in a Pride parade.

“Pride parades and festivals are no place for children. Especially not with what they have devolved to today.” Much like Libs of TikTok, it has a particular fixation with transgender people and drag queen story hours, and repeatedly refers to people and companies who disagree with it as “groomers.”

Right-wing attacks on LGBTQ people have escalated significantly of late. Some have credited Libs of TikTok with inspiring the recent spate of homophobic and transphobic legislation and actions. Libs of TikTok often accuses LGBTQ people of grooming children, a false yet potent accusation based on the claim that they’re more likely to be pedophiles. Such claims particularly resonate with conservatives. It heavily focuses on teachers, stoking panic against public schools.

Gays Against Groomers uses a similar approach. “Remember reading, writing, and arithmetic??? Let’s get back to that. Keep Alphabet indoctrination OUT of schools,” Michell tweeted on Monday, referring derogatorily to LGBTQ individuals as “Alphabet.”

“Raise your hand if you’re not going to sit by and watch the infiltrators destroy the decades of work it took for us to be accepted in society,” Gays Against Groomers tweeted.

Michell stands by this strategy. She blames the increasing backlash against LGBTQ people on outliers within the community.

“We are sick of being associated with this abhorrent behavior and toxic ideology. It is actually setting the gay community back miles,” she said. “I’m sure you have seen the acceptance of us plummeting. What the radicals are doing in our name is the reason why. We will stop it.”

Michell characterizes children being present at drag queen story hours, drag shows, and “nearly naked and kink-filled Pride events” as “abhorrent behavior.” “It is our stance that children do not belong at these events,” she said via email. She said “inundating the youth with sexuality and trans topics and material,” such as the book Bye Bye Binary are forms of “toxic ideology.”

“It has infiltrated all aspects of our culture, not just in the classroom,” Michell added. She insists that she’s not transphobic, but says that transgender people should not be considered part of the lesbian, gay, and bisexual community.

Caraballo, a clinical instructor at Harvard Law School, describes Gays Against Groomers as “a conservative funded propaganda account to push the groomer libel.”

“This kind of groomer libel propaganda is exactly how we ended up with 31 neo-Nazis arrested at a Pride event and Proud Boys accosting parents and children at a library,” Caraballo added.

Gays Against Groomers denied Caraballo’s accusation that anyone is funding it. It is soliciting donations, however. Earlier this month, it claimed that one fundraising platform had already kicked it off after a few days “for promoting hate and intolerance.”

Michell, whose personal Twitter account is @thegaywhostrayd, is a creative designer at a right-wing marketing company. She’s said her clients have included major brands like Tinder, Nike, Uber and Target.

Michell’s personal Twitter history includes content similar to that of Gays Against Groomers, such as tweets accusing people of being “pedos” or “groomers.”

Other tweets and retweets echo various conspiracy theories, including about COVID-19 and the 2020 election.

In August 2021, she tweeted, “Just a reminder that a real pandemic doesn’t require a global marketing campaign.”

In November 2020, Michell tweeted that she was to be a featured guest at a “Stop the Steal” rally inspired by former President Donald Trump’s baseless assertions that the election was stolen from him.

In 2017, Michell wrote, “I want handcuffs and public hangings,” a refrain that echoes QAnon conspiracy theorists.

Michell told the Daily Dot that she stands by her tweets.

After Caraballo linked her to Gays Against Groomers, White Rose AFA researched Michell’s online footprint. They found a lengthy history of sharing and promoting far-right content across multiple platforms.

White Rose AFA says that Michell went by youbegood on Reddit, who was the sole moderator of the Gays Against Groomers’ subreddit. The subreddit is currently unmoderated.

Michell claims that she isn’t responsible for youbegood’s offensive comments.

“The youbegood account was an 11-year-old account that I had shared with an ex of mine,” Michell told the Daily Dot via email. “Reddit is not a website that I spend a lot of time on. All I ever use Reddit for is to look at pics of animals.”

An archive of youbegood from 2015 includes a comment inviting people to “see some of my work at jmfxdesign.com.” Michell confirmed that this is her website. The site features examples of her work for Rep. Madison Cawthorn (R-N.C.), Benny Johnson of Turning Point USA, and other conservatives.

According to screenshots White Rose AFA posted, youbegood often shared racist and Islamophobic sentiments. “Based,” youbegood purportedly once wrote in response to an article about 700 Muslims being trampled to death in a stampede near Mecca.

When someone asked if “anyone else” is annoyed that “every new movie or series stars a black actor,” youbegood replied “yes.”

Michell blames such posts on her ex. She acknowledged deactivating youbegood shortly after White Rose AFA posted screenshots of her comment history.

“I saw what was found and posted to Twitter and had a panic reflex and deleted the account without really thinking about it,” Michell told the Daily Dot. “Those comments in question were not made by me, and I did not want my name associated with them. Obviously, the internet is forever regardless.”

“I did not make the comments that were unearthed,” she said in a subsequent email. “It should be noted though that my existence as a gay woman would be cause for execution in many Muslim majority nations.”

Michell refused to identify the ex she claims wrote those comments.

Michell said she judges people by who they are and has “close friends who I care for dearly of all faiths and races.”

Michell denies posting the Nazi and illuminati content, which was posted the same day she posted several photos of herself. She says the account was hacked.

“As a Jewish woman, I find it absolutely insane that anyone would think that I would post Nazi imagery,” she told the Daily Dot. Michell pointed out that Nazi and other imagery appeared after she posted the last photo in 2008 and that no other photos of her were added to the account.

“I have no idea who did that, nor did I even know those pictures were on that account until a few days ago,” she said. “I am not able to provide any evidence that it was hacked besides the fact that none of my email addresses work to even recover a password.”

She’s tweeted attacks on the billionaire George Soros, a favorite target of conservatives.

“Go collect your speaking fees and do butt stuff with George Soros,” Michell replied to former President Barack Obama in 2018. “We have a leader that actually cares about this country now.”

“Is she so ignorant of antisemitism that she posts antisemitic dogwhistles herself?” White Rose AFA wondered of posts like this.

Michell has also repeatedly disparaged LGBTQ people, whom she claims to “despise.”

The anti-LGBTQ posts are arguably the most inexplicable facets of Michell’s online footprint, as she’s a lesbian.

White Rose AFA believes that Michell went looking for a community and found one on the far-right. And now her views appear to align much more with it than the LGBTQ community.

“The LGBT community is the most intolerant hate filled group of people I have ever been around,” Michell tweeted in 2018.

“The feeling is mutual. #NotMyCommunity.”