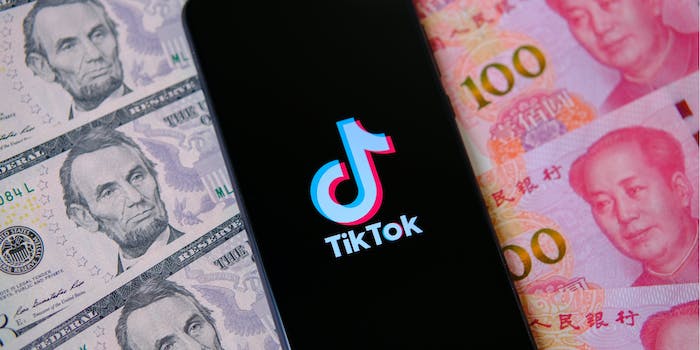 The employees worry the executive order will stop them from being paid.

TikTok employees have started a GoFundMe page to raise money to file an injunction against President Donald Trump’s executive order that would effectively ban the popular video-sharing app.

The employees say that Trump’s order would stop TikTok from being able to pay their employees after it goes into effect. The order would go into effect on Sept. 20, but there is the possibility that the U.S. operations of TikTok may be sold before then.

The potential suit from the employees is separate from one that would come from the company itself.

Microsoft has publicly said it is exploring a possible acquisition of TikTok’s U.S. operations, and has set a deadline of Sept. 15 for any discussions.

At issue is the broad language in Trump’s executive order. Specifically, it prohibits “any transaction by any person, or with respect to any property, subject to the jurisdiction of the United States, with ByteDance Ltd,” which is TikTok’s parent company.

Patrick Ryan, an employee at TikTok, wrote on the GoFundMe page that the wording of the executive order could leave employees without a paycheck.

“This restriction means that approximately 1,500 ByteDance and TikTok employees in the USA will lose their paychecks as of September 20, 2020, because ‘any transaction by any person’ is illegal after the order goes into effect,” the GoFundMe page reads.

The employees believe that they will need $30,000 to file an injunction, with the hopes that a court will force the executive order to allow for employees to be paid. The GoFundMe page says any money raised, but not spent, will be donated to charity and the money will be handled by the law firm they’ve hired to represent them.

Mike Godwin, a prominent lawyer, confirmed that he was working with the employees in a tweet on Thursday.

“I’m proud to be one of the lawyers now working on this case to defend TikTok employees’ rights. I believe that the U.S. government with its overbroad executive order has put employees’ Constitutional rights, including the right to be paid, in jeopardy,” Godwin tweeted.

Godwin told the Associated Press that the employees recognized “that their jobs are in danger and their payment is in danger right now.”

This effort is separate from a likely legal challenge to the executive order from TikTok itself.

Almost immediately after Trump’s order was signed, the company said it would “pursue all remedies available to us in order to ensure that the rule of law is not discarded and that our company and our users are treated fairly—if not by the Administration, then by the U.S. courts”

It was reported that TikTok’s lawsuit challenging the order was imminent. It’s unclear if the concerns of the employees will be addressed in that suit.

However, TikTok told the Daily Dot it was not involved with the employee-led effort.

“We disagree with the Executive Order, as we expressed in a blog post last week,” a spokesperson said. “That said, we have no involvement with and are not coordinating on the initiative of employees that has been undertaken in their personal capacity outside of work. We respect the rights of employees to engage in concerted activity to seek due process of law.”