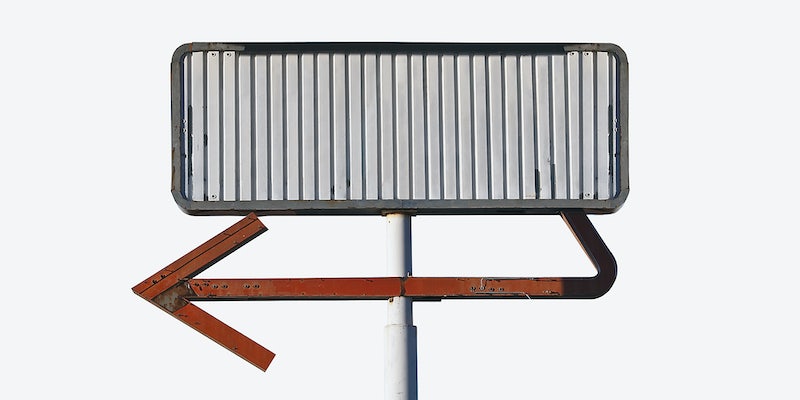 The Post Millennial is continuing to shed advertisers. Earlier this month, the Daily Dot reported that five companies had stopped advertising with the site due to association with Andy Ngo, its editor-at-large. This week, more advertisers severed ties due to its content and, in part, its association with Ngo. His critics have taken it upon themselves to inform companies that their ads are appearing on the site.

Ngo became a right-wing media darling for his videos and commentary vilifying antifascists, which is something of an obsession for him. Ostensibly a journalist, Ngo has long been criticized for his cozy relationship with far-right extremists.

Footage has shown Ngo laughing while an extremist group planned a violent attack on leftists in Portland, Oregon. Separate footage showed a member of the Proud Boys claiming that Ngo’s career-making milkshake to the face and assault wouldn’t have happened if he’d accepted their protection that day, Willamette Week reported. Portland Mercury also reported that someone who infiltrated a far-right group claimed there was “an understanding that Patriot Prayer protects him and he protects them.”

Ngo is also notorious for selectively editing footage to make leftists look bad and his far-right allies appear to be innocent victims. He’s been accused of doxing and targeting people.

One of Ngo’s recent targets, citizen journalist Chad Loder, has been on a mission to inform advertisers that their ads are being displayed on the Post Millennial’s website. Loder sends brands screenshots of their ads and of content on the site, such as a recent article blaming far-right extremism on politicians, the media, and “violent far-left activism.”

Nandini Jammi, co-founder of Check My Ads, has also informed brands that their ads are on the Post Millennial.

Earlier this month, Jammi told the Daily Dot, “This cuts bad actors like Andy Ngo off from thousands of advertisers and large amounts of revenue in one fell swoop.”

On social media, Ngo casts Loder as an “antifa extremist” spreading “baseless conspiracy theories” to convince companies to sever ties with his employer. The Post Millennial’s publisher has tweeted accusations that Loder is committing tortious interference with business and implied it might sue.

It’s likely that, unless someone informed them, these companies would have no idea their ads were appearing on the Post Millennial. Often brands use services to purchase ad space and are effectively unaware of which sites they end up on.

This week, consumer electronics giant Logitech and software provider Monday.com tweeted that they would immediately take action after Loder informed them their ads were on the Post Millennial. RingCentral, which offers cloud-based business communications solutions, tweeted that it would have the advertising team look into it. Via Twitter direct message, Jammi told the Daily Dot that advertising tech company TripleLift had also dropped the Post Millennial.

None of the companies responded to requests for comment.

Cumulatively, these companies spend hundreds of millions of dollars on advertising annually. According to Statista, this year, Logitech’s advertising budget is $450 million. Last year, TripleLift reported that its lifetime ad spending had crossed the $1 billion threshold. TripleLift was founded in 2012.

Logitech expressed gratitude to Loder for informing it that its ads were on the Post Millennial’s website.

“Thanks for flagging Chad, this is deeply concerning,” the company tweeted. “…We would be happy to add this page or platform to our list of blocked sites and ask our partners/agencies to do the same as well!”

“We in no way support or endorse the narrative we can see in the images,” Logitech added, referring to a screenshot Loder included of a story blaming “violent far-left activism,” politicians and the media for far-right extremism.

Ngo has been posting about Loder for months, calling them an “antifa extremist.” Ngo also tweeted footage that shows them standing inside their home, and notified people that Loder is unarmed.

Ngo’s followers, Loder says, have taken this as a cue to harass them. Loder’s posted screenshots of tweets in which people reference their city of residence and say menacing things like, “I’m so close to you. Make it easy to find you and beat ya.” Loder alleges that hostile people have approached their home on multiple occasions and has posted stills from security camera footage of people outside their home.

Due to the threats, “I’m living in a safehouse,” Loder told the Daily Dot via Twitter message.

Ngo often cross-posts his tweets about Loder on Telegram. Other channels have also become somewhat fixated on Loder of late, which arguably illustrates Ngo’s reach and influence on the far-right.

The Western Chauvinist Telegram account recently referred to Loder as one of “the parasites working to destroy White Unity.” The post included a screenshot of the footage Ngo posted that shows Loder standing in the doorway of their home. It also referenced the town where Loder lives and that they don’t have a gun. (Loder had to surrender their weapon due to a restraining order. Loder characterizes the restraining order as “bogus” and retaliation by a Capitol rioter whose identity they exposed).

Loder’s efforts to convince advertisers to stop doing business with the Post Millennial hasn’t gone unnoticed by the company. Earlier this month, the publisher accused Loder of “tortious interference” with business and suggested the Post Millennium might sue them, according to screenshots of tweets Loder shared.

Notable First Amendment lawyer Ari Cohn responded, “No, it’s not. But if you want to find that out the hard way, TPM can pay for [their] lawyers too when you get anti-SLAPPed.”