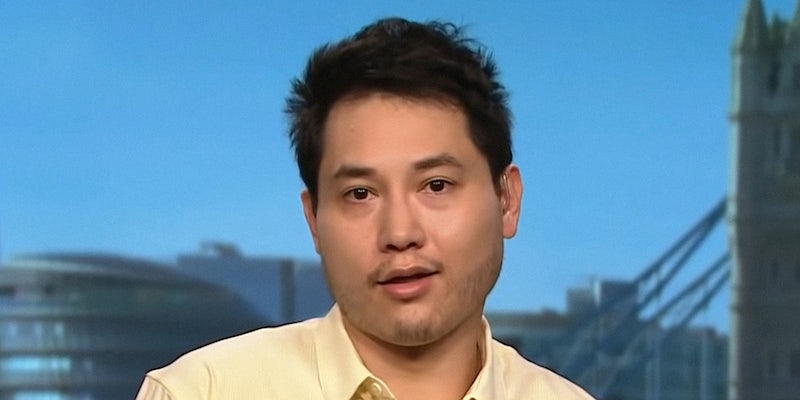 The Post Millennial is hemorrhaging advertisers because it employs Andy Ngo

Turns out there are financial repercussions to cozying up with the far-right.

Reporter Andy Ngo has long been dogged by criticisms over his close ties with far-right groups like the Proud Boys and Patriot Prayer. Such has had seemingly little effect on his career trajectory, as Ngo’s star has continued rising in right-wing circles.

Ngo’s critics are now trying to hit him where it really hurts: his bank account. They’re pressuring companies to stop advertising on the Post Millennial, where Ngo is editor-at-large.

The effort is already achieving results.

Ngo was something of a bit player in the far-right world of self-described journalists trying to make their mark by demonizing leftists and labeling anyone who disagrees with them antifa. He was notorious in Portland, Oregon, where leftist activists decried him for selectively editing footage to vilify them and lionize far-right groups. They also routinely accused him of cozying up to and sympathizing with such groups.

In the summer of 2019, a milkshake changed Ngo’s career trajectory. Images of it dripping down Ngo’s bloodied face transformed him into a darling of the national conservative press.

Complaints that Ngo was less a journalist than an ally to the far-right continued, but with seemingly little effect. Portland-based Willamette Week obtained footage of an unidentified man saying that Ngo was attacked because he’d refused the Proud Boys’ protection that day. Also that summer, the Daily Dot reported on footage of Ngo laughing while members of the far-right Patriot Prayer planned a violent assault on leftist activists.

In some cases, convincing a company to stop advertising on an arguably objectionable website is as simple as informing it that its ads are there. Companies often outsource ad purchases to intermediaries and thus don’t always know where their ads are displayed.

“I got Kargo (an SSP), Next Millennium Media (a sales house) and now OpenWeb (an ad platform) to drop the Post Millennial,” said Jammi, an activist and co-founder of Check My Ads, which helps brands avoid association with “fake news, disinformation, and hate speech.”

“This cuts bad actors like Andy Ngo off from thousands of advertisers and large amounts of revenue in one fell swoop,” she said.

None of the companies responded to requests for comment sent Wednesday afternoon.

Jammi said that most ad platforms’ terms of service prohibit buying ads on sites that could harm their reputation. “It’s really the responsibility of ad platforms to ensure they’re not monetizing this inventory to begin with,” she said.

Surfshark reacted with apparent horror after Loder tagged it in a tweet that included a screenshot of its ad on the Post Millennial. Loder asked why it was running ads on a site affiliated with someone who “works with Proud Boys and Capitol rioters to target journalists with death threats.”

“We weren’t aware about this,” Surfshark tweeted in response, then thanked Loder for letting it know.

“We’ve just stopped working with them. Media freedom is one of our core values, and this is just…speechless.”

In a statement to the Daily Dot after publication of this article, Surfshark said: “Surfshark suspended running ads on the Post Millennial during the partner review process. The content published on the website does not align with our determination not to be affiliated with any politically or ideologically engaged outlets. This was merely a technical business decision in response to the violation of an agreement with the partner.”

On Tuesday, Loder tweeted that 6ix was advertising on the Post Millennial “unwittingly, through a large block ad buy.”

“When a brand-conscious company learns that their ads are placed next to extremist content, they will usually review this on their own & make a responsible decision,” Loder added.

According to a screenshot included in their tweet, 6ix told them it planned to “make some serious adjustments” to its strategy in light of their feedback.

In retaliation, Ngo and his allies have thrown the full weight of their influence against the companies and people like Loder.

In multiple tweets, Ngo referred to Loder’s claims about him as “a hoax” and portrayed himself as the victim. He called Loder “an antifa extremist” and said claims that he collaborates with Proud Boys and accused Capitol rioters is a defamatory lie.

Right-wing vlogger Tim Pool jumped into the fray, calling on his followers to boycott Surfshark multiple times over several days. These efforts have also inspired Pool and Ngo’s followers to target Loder with insults and, they say, threats to harm or kill them.

Loder tweeted that they’ve received multiple death threats and accused Ngo of posting their location and footage of their home.

In one screenshot Loder posted, a person tweets at them, “I hope we get to watch your funeral procession soon.”

Nevertheless, neither Loder nor Jammi intends to back down. Jammi told the Daily Dot that she’s trying to convince TripleLift, OpenX, and Magnite to stop running ads on the Post Millennial. None of those companies responded to requests for comment prior to publication.

“Andy Ngo is a dangerous extremist who peddles the kind of content that brands want to be far away from,” Jammi said.