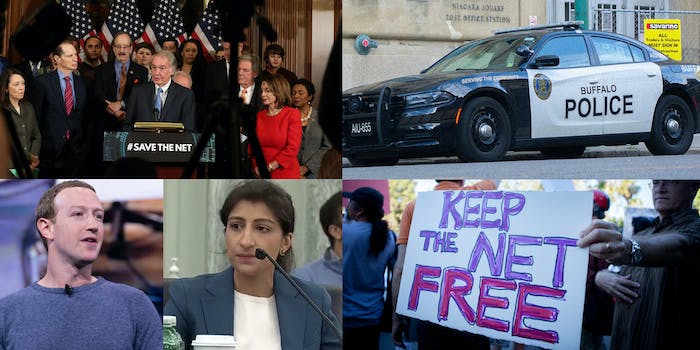 Big telecom companies and internet service providers (ISPs) spent millions of dollars during the last session of Congress and aggressively lobbied against a bill that would have restored net neutrality rules, according to a new study.

Common Cause and the Communications Workers of America (CWA) released their “Broadband Gatekeepers” study, which details how 15 of the largest broadband providers spent $234 million on lobbying during the 116th Congress, or between 2019 and 2020.

But it also drills down on just how much those large providers were lobbying against a major net neutrality bill.

In 2019, the House of Representatives passed the Save the Internet Act. That bill would have essentially codified the Federal Communications Commission’s (FCC) 2015 net neutrality order and classified broadband providers under Title II of the Communications Act.

While the bill passed in the House, which was controlled by Democrats, it languished in the Republican-led Senate, where it was never brought up for a vote. In fact, Republicans blocked several attempts by Democrats to force a vote on the bill.

The “Broadband Gatekeepers” report notes that eight of the 15 major ISPs and interest groups reported that they lobbied against the Save the Internet Act. During the eight quarters of the 116th Congress, Comcast paid lobbyists more than $27 million, AT&T spent more than $22 million, and NCTA, a trade group, paid $29 million, according to the report. During that time, those ISPs were actively lobbying against the bill.

Sen. Ed Markey (D-Mass.), who sponsored the Senate version of the Save the Internet Act, has repeatedly said that once President Joe Biden finally fills out the FCC to give it a Democratic majority, he will push for the agency to restore net neutrality and introduce a bill in Congress that would do the same.

It remains to be seen how much that bill will be lobbied against.

So in the interest of transparency (and because I love a good self-drag), I too thought CBD was the millennial snake oil…until I tried it, then I literally ate my words. Despite the lack of evidence from the FDA, many people still swear by CBD products. If you couldn’t already guess, I’m one of those people.

The Bureau of Justice Administration (BJA) and the Office of Justice Programs awarded the department the grant to help the city respond to mental health disturbance calls, according to an email reviewed by the Daily Dot.

When an officer deploys a BolaWrap, the weapon uses a gunpowder charge to launch a kevlar cord which can wrap around a non-compliant individual. Several police departments around the country currently use it.

Some have praised the BolaWrap as a tool to make policing safer, while others have criticized it for being marketed as a tool to subdue individuals with mental health issues.

The program funded by the grant sets out “to improve public safety responses and outcomes for individuals with mental illnesses” and/or substance abuse issues “who come into contact with the justice system,” according to the description. The program also requires collaboration between criminal justice and mental health agencies.

WRAP, the company that makes the BolaWrap, recently offered some departments free BolaWraps after they submitted body camera footage of successful deployments. It was not clear if Buffalo was among those departments.

FTC gets more time to amend its antitrust complaint against Facebook

A request by the Federal Trade Commission (FTC) to get more time to file an amended complaint in its antitrust lawsuit against Facebook was approved by a judge late last week.

Reuters reports Judge James Boasberg of the U.S. District Court for the District of Columbia granted the request, giving the FTC until Aug. 19 to file an amended complaint. The request wasn’t opposed by Facebook.

The FTC sued Facebook late in 2020 alleging that the social media giant maintained a monopoly over personal social networking. However, in June a U.S. district court judge dismissed the suit, arguing that the agency’s complaint was “legally insufficient.”

The suit was dismissed without prejudice, leaving the door open for the FTC to amend its complaint.

Meanwhile, Facebook has called for FTC Chairwoman Lina Khan, who was recently named chair by President Joe Biden, to recuse herself from the antitrust case against it. Khan has drawn support from progressives and activist groups because she’s been an outspoken critic of big tech companies.