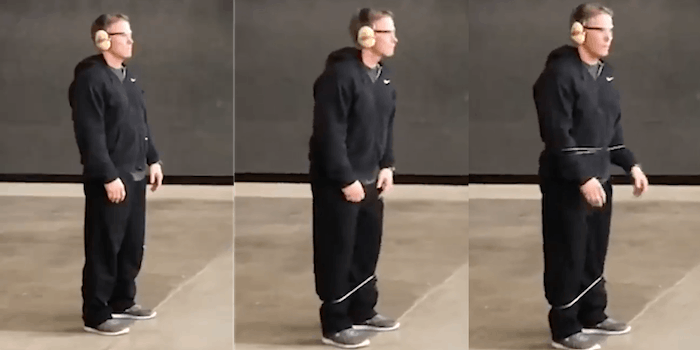 ‘They’re gonna find a way to make this lethal’: Seattle approves use of high-tech police lasso

Debate rages over whether the 'BolaWrap' is a legitimate restraining device.

The internet is divided over the BolaWrap restraining tool currently being tested by police that more or less resembles a high-tech lasso.

The BolaWrap, a handheld device that subdues suspects by wrapping them in an 8-foot-long Kevlar cord, became a topic of debate over the weekend among users on Twitter.

Advertised as a non-lethal alternative to devices like tasers, the BolaWrap is currently being used by law enforcement agencies both domestically and abroad.

The device found itself back in the news after the Seattle Police Department announced last week that it would participate in a pilot program in order to determine whether the BolaWrap should be given to more officers.

Police elsewhere in the state of Washington who have been using the device claim it has helped them subdue suspects in a non-violent manner.

But critics online have likened the BolaWrap to “torture tech” and argue that it still poses a danger to those who encounter police.

“This will result in eyes being hit and people falling forward and cracking their skulls,” @BadTakeEnjoyer said.

Others asserted that the device should not be used on people suffering mental health issues and only on violent criminals.

But some opted to defend of the BolaWrap, claiming that the device was much safer and humane than a taser or firearm.

“The benefit would be that it could reduce the amount of incidents in which police shoot & kill people for walking away from them,” @ApexObjectivist said.

Either way, it appears the device is becoming increasingly popular among law enforcement officers and some government officials as well.

Seattle City Councilwoman Lisa Herbold recently spoke in favor of the BolaWrap after witnessing it being used during a police demonstration.

“Folks seemed really encouraged by the potential of the BolaWrap to reduce the number of tragic outcomes,” Herbold said. “It made it seem possible that de-escalation policies could be followed with more consistency as intended.”