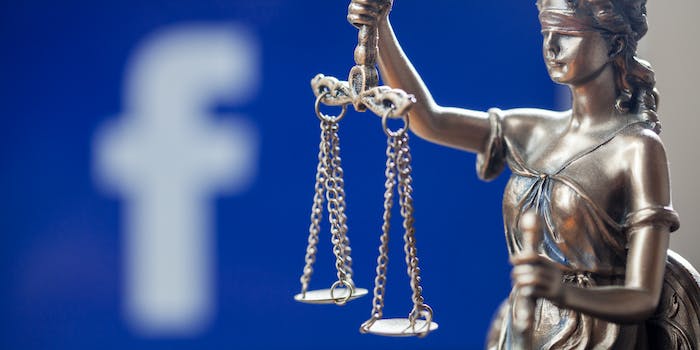 The judge said the FTC's complaint was 'legally insufficient.'

A U.S. District Court judge has dismissed a lawsuit against Facebook brought forth by the Federal Trade Commission (FTC), arguing that the agency’s complaint against the social media giant was “legally insufficient.”

The FTC sued Facebook late last year and alleged that the company maintained a monopoly “through a years-long course of anticompetitive conduct.” The agency argued that Facebook’s acquisitions of Instagram and WhatsApp were done to “eliminate threats to its monopoly” over personal social networking.

In its complaint, the FTC said Facebook violated Section 2 of the Sherman Act.

However, District Court Judge James Boasberg dealt a blow to the agency’s efforts on Monday when he agreed with Facebook that the complaint should be dismissed.

“Although the Court does not agree with all of Facebook’s contentions here, it ultimately concurs that the agency’s Complaint is legally insufficient and must therefore be dismissed,” Boasberg wrote. “The FTC has failed to plead enough facts to plausibly establish a necessary element of all its Section 2 claims—namely, that Facebook has monopoly power in the market for personal social networking services.”

However, Boasberg also dismissed the complaint without prejudice, leaving the door open for the FTC to file a complaint once again.

“Because this defect could conceivably be overcome by re-pleading, however, the Court will dismiss only the Complaint, not the case, and will do so without prejudice to allow Plaintiff to file an amended Complaint,” the court document reads.

Facebook did not immediately respond to a request for comment from the Daily Dot. We’ll update this story if we hear back.

Update 8:07am CT, June 29: In a statement to the Daily Dot, a Facebook spokesperson said the social media giant was “pleased” with the decision.

“We are pleased that today’s decisions recognize the defects in the government complaints filed against Facebook,” a Facebook spokesperson said in an emailed statement. “We compete fairly every day to earn people’s time and attention and will continue to deliver great products for the people and businesses that use our services.”