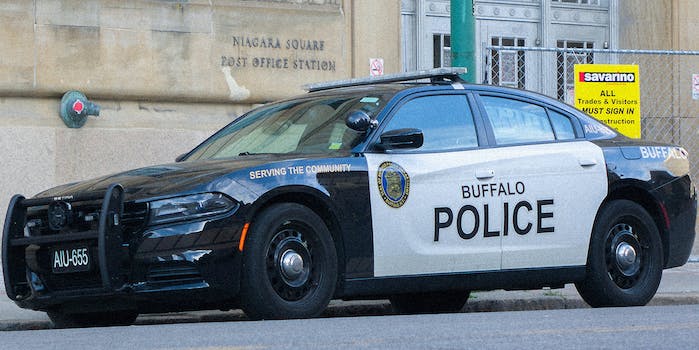 The Bureau of Justice Administration (BJA) and the Office of Justice Programs awarded the department the grant to help the city respond to mental health disturbance calls, according to an email reviewed by the Daily Dot.

When an officer deploys a BolaWrap, the weapon uses a gunpowder charge to launch a kevlar cord which can wrap around a non-compliant individual. Several police departments around the country currently use it.

Some have praised the BolaWrap as a tool to make policing safer, while others have criticized it for being marketed as a tool to subdue individuals with mental health issues.

The program funded by the grant sets out “to improve public safety responses and outcomes for individuals with mental illnesses” and/or substance abuse issues “who come into contact with the justice system,” according to the description. The program also requires collaboration between criminal justice and mental health agencies.

The 21st Century Act funded the BJA program, which expands public safety and community policing grants to “support training and programs for law enforcement and corrections officers regarding individuals with mental illness.”

According to purchase orders from other departments in Minnesota and South Carolina, each BolaWrap costs around $925. Additionally, a cartridge comes in at around $30 and the metal clips that attached the device to an officer’s utility belt cost about $25. For ten devices, the total cost would have been at least $9,800 or more.

WRAP, the company that makes the BolaWrap, recently offered some departments free BolaWraps after they submitted body camera footage of successful deployments. It was not clear if Buffalo was among those departments.

In a statement to the Daily Dot, the Department of Justice called BolaWraps an acceptable purchase under the grant.

“Safety equipment for law enforcement is an allowable cost under [the grant] to the extent that it contributes to the goal of improving public safety responses and outcomes for individuals with [mental illnesses or co-occurring mental illness and substance abuse] and meets federal requirements for being allowable, allocable, and reasonable,” the statement said.

Buffalo PD did not respond to a request for comment.