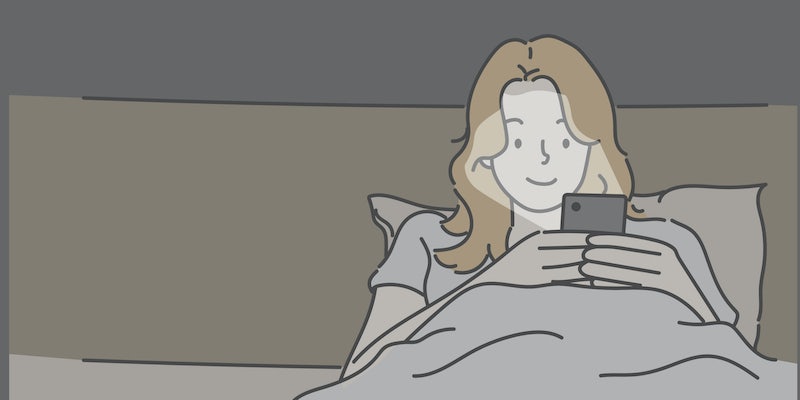 Logging off is good, but balance is better.

For years, I’ve been pretty open about my difficult experience with everyone’s favorite hellsite. Twitter moderators notoriously mistreat trans people and sex workers. But the pandemic seems to have made things even worse. An October 2020 New York Times report notes anxiety, depression, stress, and suicidal thoughts on Twitter increased during the first two months of the pandemic compared to those same months in 2019. Things didn’t improve once the summer came around. And when people are stressed, they’re prone to lashing out at each other. Which can then make people feel even worse.

But these problems started way before the pandemic. Twitter’s toxicity is baked into its UI and UX, and it’s one of the reasons you should consider hopping off public social media altogether during the pandemic.

Twitter benefits from the same technology that many other public, corporate social media platforms do: the dreaded endless scroll. With every swipe downward, there’s more content to check out. It’s hard to walk away when new people are sharing, posting, and adding conversations every second. And if you run out of content, you can create your own. Tweet about your day, argue with someone, or yell at a random Twitter person who made a bad tweet. It may be stressful, but at least you get to keep scrolling and checking for faves!

The infinite scroll’s designer, Aza Raskin, argues social media companies purposefully utilize the endless scroll to keep users “coming back and back and back.” The endless scroll is a great way to keep advertisers and venture capitalists investing, and it encourages people to constantly consume and engage without stopping. Loren Brichter, who created Twitter’s pull-to-refresh system, similarly argues the mechanic he created mirrors a slot machine pull.

“I’ve spent many hours and weeks and months and years thinking about whether anything I’ve done has made a net positive impact on society or humanity at all,” Brichter told the Guardian. “Smartphones are useful tools. But they’re addictive. Pull-to-refresh is addictive. Twitter is addictive. These are not good things.”

Contrary to other social media critics, I don’t think getting rid of your phone is feasible in 2021, let alone during a pandemic. Nor do I think social media, as a whole, is bad. Social media has the power to do great things. It can bring people from marginalized backgrounds together and build a sense of comradery. As we saw last year during the (ongoing) Black Lives Matter protests, social media can also foster movements for serious, lasting change. How many of us first learned about police abolition through Instagram or Twitter?

But public-facing social media is, well, public-facing. Conversations between two friends turn into a debate in front of an auditorium. A fight between two activists can turn into a blood sport for bystanders. An out-of-context tweet portrayed in an unflattering light can lead to endless harassment, especially in a media landscape where other journalists and content creators are always waiting for the next big drama to happen. This brings about a whole set of problems for communicating on the timeline, as everyone has a vested interest in any form of content that sparks ongoing platform usage. Petty arguments and infighting fester because an outrageous tweet that buys everyone 15 extra minutes on Twitter is 15 more minutes with the scroll-refresh cycle.

When I left Twitter in February, I realized I wanted to stay in touch with so many of those amazing people I met on Twitter who changed my life and opened my mind, but that I wanted to do it without the addictive engagement cycle. So I turned to Discord instead, where my friends run private communities based on a wide assortment of discussion topics and interests. Turning away from the public eye and focusing on closed social media encouraged far more nuanced, compassionate, and empathetic communication between my friends. I learned that I could argue and disagree with others without reaching for likes, or getting unsolicited retweets, quote tweets, and rebuttals. And while Discord isn’t without its problems either—people don’t always get along, echo chambers pop up, and so on—the Discord communication structure values meaningful connection with others first, FOMO second.

My friends are wickedly smart and equally opinionated. In our Discord groups we’ve gotten into arguments about anything and everything under the sun: magic, philosophy, accountability abuse, Among Us mods, you name it. We each weigh in, we talk about our perspectives, and we make our points. Sometimes we don’t agree. And this disagreement can be scary when you’re used to public platforms that punish you or flay you for your opinions; I dealt with a significant amount of harassment for my queer-centric piece on public sex, for example.

But my friends aren’t going to flay me. There are no blood sports, because no one is out for blood: We are seeking mutual understanding, compassion, and wisdom from each other. We come to the table in good faith. So instead of fighting for reactions, likes, and retweets, we say our piece and let it be. We respect each others’ perspectives and actively try to find common ground. And if we can’t find it, we acknowledge it and understand when a fight isn’t worth the time. We let it go, and talk about something else.

This is where community comes from. Respect is in short supply in public spaces, but it’s far easier to foster in private ones like Discord. And experiencing this kind of safe, nurturing community space can help us recover from the traumatic experiences that Twitter sucks us into.

The way public social media platforms like Twitter, Facebook, and Instagram are run are not based on this kind of community-rearing. They’ve claimed to be, but they’re about engagement for engagement’s sake. This is doubly a problem during the pandemic, when Twitter users are searching for outlets to deal with their anxiety, anguish, or grief. It’s human to seek others out to process our feelings, but platforms like Twitter are not invested in resolution and catharsis. Anguish, despair, and anxiety are all great for doomscrolling, it turns out. And fighting.

I don’t miss Twitter. Getting off it let me unpack my shit and understand how I was using the site to cope with things going on in my personal life. It helped me put Twitter likes, follows, and quote tweets in perspective and focus on cultivating my friendships. And it helped me understand that logging off is not an all-or-nothing solution, but one of temperance. If one platform is becoming maladaptive, find another one that helps you be yourself.