Welcome to the messy, healthy politics of forced feminization and trans sexuality.

It’s hard to pinpoint which kink was the first one I became aware of, but if I had to choose, it would probably be macrophilia and microphilia. Macro and micro are fetishes that focus on gigantic people and miniature ones, respectively. I first stumbled across both on DeviantART and Yahoo GeoCities, and I found them ridiculously hot. Just seeing photoshops of gigantic, skyscraper-tall women in lingerie walking through New York City held me hooked, at times, for hours.

It wasn’t just the size difference. Pre-transition, I consistently imagined myself as a genderless, submissive person forced to do whatever a giant woman told me. Macro and micro were about the experience of being powerless.

Before transitioning, that was my sex life: macro, micro, vore, rinse and repeat. Anything else made me dysphoric. But then I came out as a transgender woman, and everything changed. I began embracing the dominant woman I longed after in roleplays. I could be small or giant, powerless or powerful. I loved it, and as I soon found out, other trans women enjoyed it too.

This opened the door to an enormous kink and fetishism spectrum for me to try out as both a bottom and a top. It was like rediscovering sex all over again. Works like Christine Love’s erotica visual novel Ladykiller in a Bind and Dossie Easton and Janet W. Hardy’s The New Topping Book helped me understand more about my sexuality, and it didn’t take long for me to find out I was even kinkier than I ever imagined.

Since then, some of the fetishes I figured out include (but are certainly not limited to!):

But that’s not all! I’m also into an extremely common fetish found among trans women: forced feminization, or “forcedfem.” For those unaware, this is a roleplay scenario in which a woman forcibly feminizes a submissive, usually by putting them in makeup, dresses, and calling them things like a “good girl.” Pretty hot, right? I think so.

Some of my kinks may be considered strange, especially if you’ve never been on, say, 4chan’s /d/ before. Quite frankly, I’m fine with that. I’m a trans woman; I’m used to being different. However, it’s wrong to suggest I’m into all of my fetishes because they’re linked to my gender transitioning.

You could argue my macrophilia fetish has a lot more to do with my being surrounded by dominant, powerful, and, at times, overbearing women growing up. I fell in love with pet play (or roleplaying as a pet) after other trans women introduced me to it, and I enjoy it because it lets me turn off the depression and anxiety streaming through my brain. I can let go of all the stress and pain that comes with being an adult and run around as a little carefree kitty or puppy.

There are common themes here, sure: My childhood experiences (particularly, the more traumatic ones) seem to manifest themselves in adulthood as sexual fetishes. My fetishes are also a form of release. But even if they were inherently tied to my gender identity, why would it matter? There’s nothing wrong with fetishism. Kink simply is a part of the human experience.

New York City-based sex and relationship therapist Cyndi Darnell actually warns queer people away from over-pathologizing their sexuality. Kink has become this catch-all term for any kind of “weird” sexual experience that doesn’t fit into a cishet conception of what sex should be, aka penis-in-vagina intercourse.

In actuality, though, “a kink is a particular kind of set of circumstances or a particular environment that you like for sex to happen,” Darnell explained to me over the phone. “And because we tend to see vanilla, heterosexual sex as ‘normal,’ and anything outside of that as ‘abnormal’ or ‘kinky,’ the only reason that vanilla, heterosexual sex is considered ‘normal’ is because it’s at the top of the pile with regard to social power and social access.”

So what does motivate people to have sex then, or the sex they like? For the most part, it’s the agreed power exchange that takes place during sex. Humans have an “incentive” to interact with another human being by “giving something to get something back in return,” she told me. It isn’t always equal, sure, but it “is and could and ought to be fair.”

Seras, a trans woman I spoke to over Telegram, told me that she originally discovered kink through online lesbian and queer scenes in the “pre-social media era.” She first used kink as an outlet to express parts of herself she knew she couldn’t elsewhere, such as her gender identity. Like myself, Seras’ relationship with kink changed after transitioning. She went from enjoying body modification kinks to a more “traditional kink repertoire,” such as bondage, rope play, and dom/sub relationships. These days, she calls kink “a private and intimate thing” that helps with her anxiety and lets her bond with her partners.

“Certainly, there are major themes of expressing gender through subversive and sexual means, but that takes on many different forms,” Seras told me. “So you can have monster girls, corruption, ‘futanari’/dickgirls, forced femme, ‘tradwife’ stuff, etc. and so on. Sexuality is generally expected to be kept private and taboo, and when gender is so thoroughly intertwined with sexuality in the popular consciousness, expressing one through the other becomes second nature to many people.”

That’s definitely true. It would be impossible, and Darnell agrees, for every single trans woman in the world to share the same fetish, because no two trans women come from the exact same environment, much like no two people do. Case in point: Seras was never into forced feminization, and she’s skeptical of the idea that forcedfem is a “universal experience” among trans women. 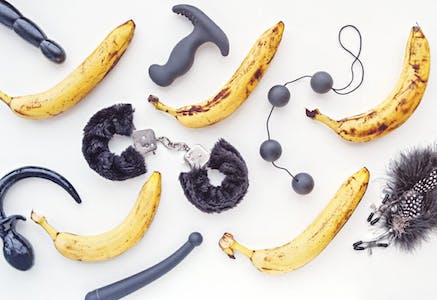 On the other hand, it would be too simplistic to suggest that gender dysphoria doesn’t intersect with fetishism, or more aptly, the power and incentive it offers. There does seem to be a correlation between kinks like forcedfem and the feelings, experiences, and shame trans women experience while struggling with their gender identities. Again, it’s complicated. But is it a problem? No.

“The generally accepted explanation for why so many trans girls like me are into forced feminization is because it’s just understandable for you to fetishize the thought of having your stigmatized needs met in a way that doesn’t make you admit to needing them, or accept the blame or responsibility for having them met,” BoringKate told me. “I think it’s hot to be turned into a girl because I was a girl and needed to be seen as one, basically. It is or has gotten more complicated for me, but that’s the entry-level version of it. It was a need.”

According to Darnell, modern psychology believes sexual fantasies “provide an opportunity for unprocessed emotions to get processed.” These can range from traumatic experiences to day-to-day emotions. But more importantly, these fantasies are normal forms of human expression and reflect the vast diversity of human sexuality.

“When we’re looking at something like forced feminization for a transgender woman, she’s going to have a bunch of lived experiences that may or may not have trauma attached to them, but may or may not be, simply, about being able to relinquish power to another person to force an outcome—in this case feminization,” Darnell said to me. “So through an erotic fantasy, she creates a space for herself to be able to experience being taken on a journey at the hands of somebody where she gets to relinquish her power and almost be taken on a magic carpet in that moment. Now, who doesn’t want to do that?”

Some girls aren't cool with you sticking forced feminization captions onto their selfies, but I just want you to know that I'm not one of those girls. https://t.co/p7FBo0OZsH

Forced feminization isn't about being a girl. It's about becoming one. Which can't happen without starting out as something else.

To be a trans girl who's into forced feminization is to fetishize boyhood and your own misgendering.

Which is legit and hot.

Trans women’s sexualities are often mocked, judged, and scrutinized by cishet folks, but kinky cisgender women’s gender identities aren’t held to the same harsh standards. As BoringKate pointed out to me, a cisgender woman who is into forced feminization is just a woman interested in “bimboification.” But if a trans woman wants to engage in forcedfem roleplays, or if she’s proud of her genitals? Well, those fetishes are used against her, as if she isn’t a real woman or her sexuality invalidates her gender.

That’s because kinky trans women challenge the docile, cis-focused gender roles thrust upon womanhood. We don’t just subvert cisnormativity, we actively recreate sexuality in our image. Targeting us for our kinks is an attempt to shame us into submission and force us to adhere to a cisgender and heterosexual sense of respectability.

But if fetishism helps someone like me feel good, why be ashamed of it? At the end of the day, it’s just another way to express ourselves, be it with a companion or alone in the comfort of your computer screen.