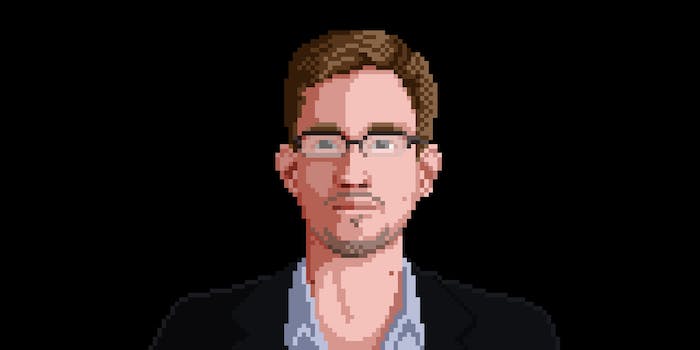 With 127 days left until President Barack Obama leaves office, NSA whistleblower Edward Snowden and his supporters are pushing hard for his a pardon before the next president takes office in 2017.

Snowden, in a video feed live from Moscow, spoke at a Manhattan press conference along with a number of his key inner circle of supporters about the effort to have Snowden pardoned.

“Today, whistleblowing is democracy’s safeguard of last resort,” Snowden said. “It’s the one on which we rely when all the checks and safeguards have failed and the public has no idea what’s going on behind closed doors.”

Snowden argued it not possible to receive a fair trial when charged under the Espionage Act, which he is accused of violating, because it does not permit a whistleblowing defense. Unable to explain to a jury why he did what he did, Snowden says he refuses to serve as a “chilling” example that would “corrode the quality of our democracy” by going to prison without a fair trial.

“Reliable and uncompromised encryption is our only effective means to keeping our lights on and our roads open,” Snowden added, praising the wider spread of strong encryption in consumer and enterprise technology products that came in large part as a reaction to Snowden’s disclosures.

“We’re not arguing Snowden didn’t break the law. The presidential pardon exists for people who did break the law but for whom mitigating circumstances exist.”

The whistleblower became clearly emotional near the end of his prepared remarks while thanking supporters around the world.

Democratic nominee and former Secretary of State Hillary Clinton has said Snowden belongs in prison. Republican nominee Donald Trump argued the whistleblower committed treason, a crime punishable by death. Snowden’s best chance, his supporters appear to have concluded, is having Obama act in his final days in office.

“It’s no exaggeration to say this man changed the world,” Amnesty International USA’s Director of Security and Human Rights Program Naureen Shah argued, saying Snowden has “done a service to the global human rights movement” as governments and companies worldwide are now in a wholly new discussion about privacy.

Snowden’s acts will ripple out over coming decades, Shah argued, shaping the future of American and global freedom.

Snowden’s supporters argued that his 2013 disclosure of tens of thousands of classified NSA and GCHQ documents catalyzed an international conversation about surveillance and privacy that was long overdue after a decade or more of surveillance overreach.

“By standing up for the privacy rights of his fellow citizens, individuals who had no idea the government had assumed such extraordinary and invasive powers in secret, Edward Snowden should be thanked, not punished,” Anthony Romero, executive director of the American Civil Liberties Union (ACLU) argued. “We’re not arguing Snowden didn’t break the law. The presidential pardon exists for people who did break the law but for whom mitigating circumstances exist.” 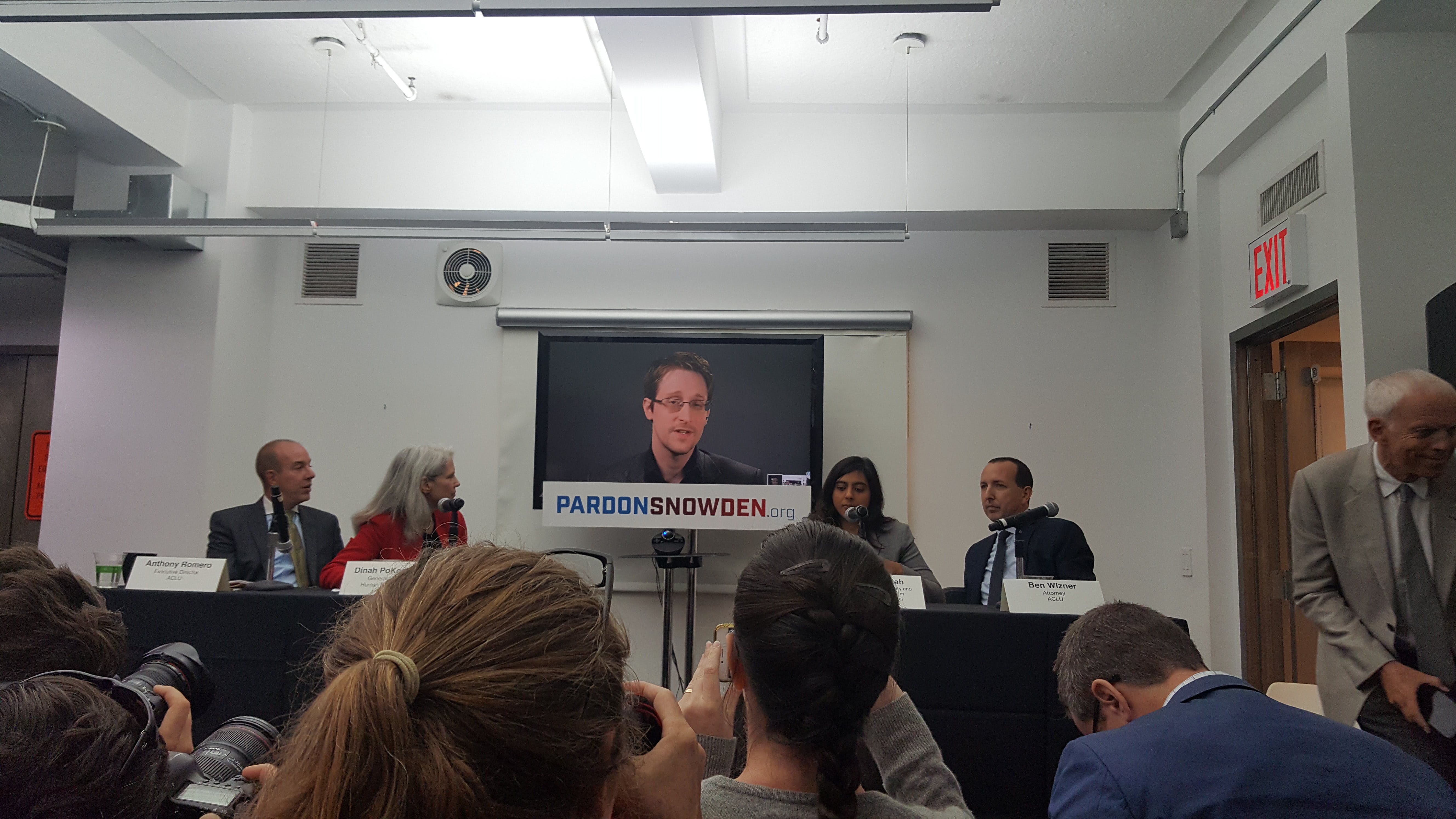 “It’s as though once we realized the degree to which the government collects these clouds of data on our comings and goings in cyberspace, we suddenly realized we were naked,” Human Rights Watch General Counsel Dinah PoKempner said. “Without security and privacy, we lose so many rights.”

The chances of such a pardon appear slim to nil, however, even with the public campaign coinciding with Friday’s release of Snowden, an Oliver Stone film that Snowden hopes will spark further public interest in his case.

Ben Wizner, director of the ACLU’s Speech, Privacy, and Technology Project and Snowden’s attorney, said they have not formally applied for a pardon because the power to act sits with the president.

“We are in a much stronger place because of Edward Snowden’s courage and his acts of conviction,” Romero said. “The journalists who reported on Snowden’s disclosures have been awarded the Pulitzer Prize for their work.”