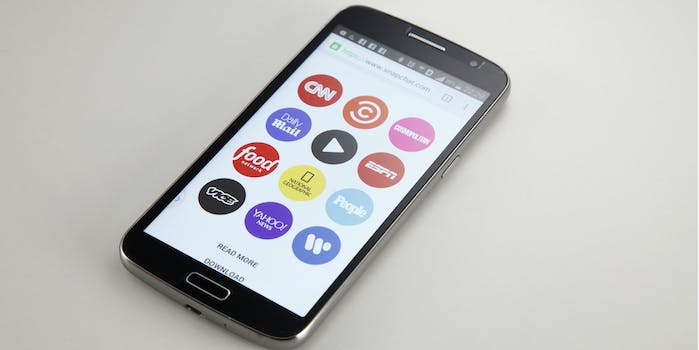 Your favorite TV shows are coming to Snapchat Stories

Social media could be the new future of TV.

Snapchat is partnering with some of the biggest names in TV to bring original shows to its “Stories” section, according to a report from the Wall Street Journal.

The social media giant is said to have signed deals with a number of traditional media companies, including NBCUniversal, ESPN, ABC, Turner, Discover, Vice, and the NFL, to bring big-screen content to its application. Snap has been heavily involved in the development of these shows, reportedly giving out “extensive and detailed notes” to its partners on how to package their material for social media.

You should expect to see two to three shows on Snapchat each day by the end of 2017, Snap confirmed with Business Insider. They will appear under “Shows” in “Stories,” a feature that has recently been ripped off by some of Snapchat’s biggest competitors.

The goal is to create three- to five-minute-long mini episodes that won’t require media outlets to pour exuberant amounts of money into producing something that could end up not being profitable. Snapchat is making it a point that outlets need to produce truly original content, which could come in the form of comedy sketches, news, or animated series. One rumored idea is to create short-form spinoffs of House Hunters and Chopped.

The social media company is no stranger to hosting TV shows. It already partnered with NBCUniversal last summer to bring its disappearing videos to The Voice. Singers were able to audition to become part of the live show by submitting 10-second clips.

Snap told IPO investors that a big part of its plan to find profitability involved gaining advertising dollars from television, but it will need to compete against the likes of YouTube and Facebook—two competitors that have already announced plans to bring TV to social media.

The new report comes just days after Twitter announced it would start streaming video 24/7. It will begin by teaming up with Bloomberg for nonstop coverage of the news. Facebook is looking to purchase original 30-minute shows up front, unlike Snapchat, which will reportedly split ad revenue evenly with its partners.