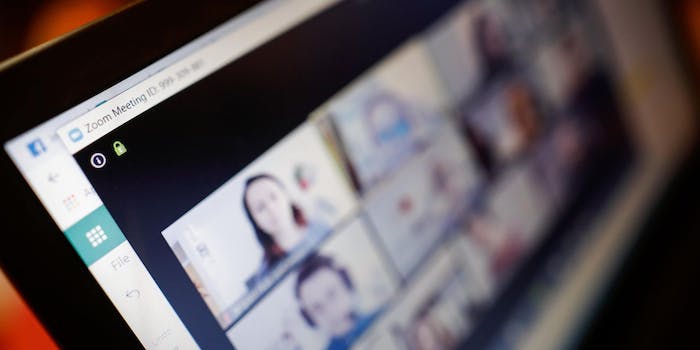 At least one advocacy group has also called for the FTC to step in.

Sen. Richard Blumenthal (D-Conn.) on Tuesday added to the constant calls for scrutiny of Zoom, the video conferencing app that has surged in popularity amid the coronavirus emergency. Blumenthal called on the Federal Trade Commission (FTC) to launch an investigation into its privacy and security practices.

The Connecticut senator’s plea to the FTC comes just a day after one advocacy group, the Electronic Privacy Information Center (EPIC), sent a letter to the agency asking for an investigation.

Questions about Zoom’s security issues and privacy issues have been raised in recent weeks as more and more people are conducting business and schooling on its software as they follow social distancing guidelines.

Concerns have been raised about the company’s encryption promises, data collection practices, and reports of trolls hacking into meetings, know as “Zoombombing.”

Zoom has promised to address a number of security issues over the next few months.

On Tuesday, Blumenthal said he wanted the FTC to investigate the company after it has exhibited a “pattern of security failures & privacy infringements.”

“I am calling on FTC to investigate @zoom_us. Zoom’s pattern of security failures & privacy infringements should have drawn the FTC’s attention & scrutiny long ago. Advertising privacy features that do not exist is clearly a deceptive act,” Blumenthal tweeted. “The facts & practices unearthed by researchers in recent weeks are alarming—we should be concerned about what remains hidden. As Zoom becomes embedded in Americans’ daily lives, we urgently need a full & transparent investigation of its privacy & security.”

Similarly, Sen. Michael Bennet (D-Colo.) also has raised concerns about Zoom, writing a letter to the company asking for more information in the wake of “significant problems concerning user privacy and safety.”

This isn’t the first time Blumenthal has been vocal in his criticism of the company.

However, as TechDirt has pointed out, Blumenthal’s attention to encryption raises some eyebrows considering he is a co-sponsor of the EARN IT Act, a bill that has been fiercely opposed by digital rights groups. The bill would strip websites’ legal immunity shield in Section 230 of the Communications Act if they do not follow a set of “best practices” for getting rid of child exploitation online.