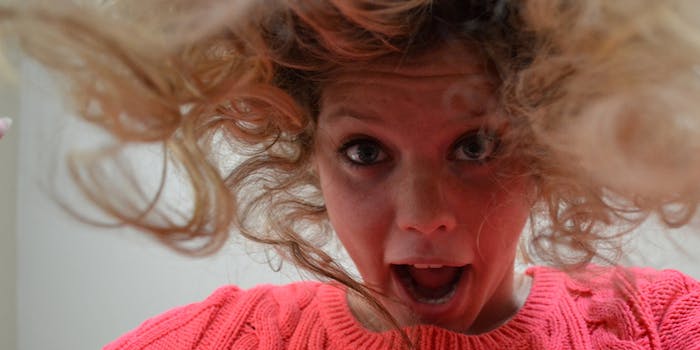 Selfies may dominate social media, but we’ve barely scratched the surface of what they mean for the future of photography. Thankfully, a probing study from European neuroscientists and psychologists has shed some light on the fad’s “naïve aesthetics.”

Selfie-taking “provides a way to test principles of art production in populations uncontaminated by academia,” researchers with Università di Parma and the University of Liverpool drily concluded in a paper, the title of which pretty much says it all: “Selﬁes’ Reveal Systematic Deviations from Known Principles of Photographic Composition.”

That’s not to claim that all selfies are objectively “bad” for their failure to conform to time-honored visual standards like the rule of thirds, the golden ratio, and the eye centering principle. What’s more curious about forsaking these norms—which you’d expect to crop up in amateur photos if they have a strong basis to the mechanisms of human perception—is that when it comes to staging portraits of ourselves, we have little natural talent.

Unless, of course, the golden ratio, etc., are just “practical heuristics for counterbalancing the tendency to place the main subject in the very centre of the frame,” as the selfie-obsessed are wont to do. In fact, there’s an argument to be made that selfies are an art form distinct from other types of photography, with their own guidelines and conventions. Hey, it seemed to work for cubism. Let’s open a selfie museum already!