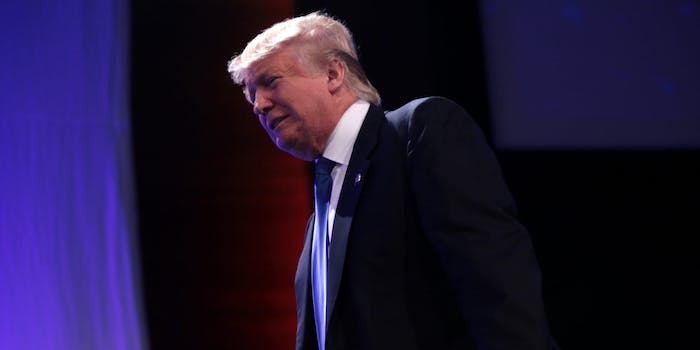 The probe continues to grow.

A data firm that has been backed by some of the closest allies of President Donald Trump is being investigated as part of the sprawling probe into Russia’s interference in the 2016 election, according to a new report.

Cambridge Analytica, a data analytics group that has ties to Steve Bannon and Trump campaign backer Robert Mercer, is being investigated by the House Permanent Select Committee on Intelligence for possible links between Russia and the Trump campaign, according to the Daily Beast.

The company is turning over documents to the committee, and a source told the Daily Beast the investigation into Cambridge Analytica has been “fruitful.”

Bannon had holdings in the data firm as recently as April and once sat on its board. Mercer, a billionaire who backed Trump’s campaign, is an investor in the company.

Social media, in particular, has come under scrutiny as more information comes to light on Russia’s use of Facebook, Twitter, and other platforms to help sow dissent and spread misinformation ahead of the 2016 election.