If you're a therapist, chances are you're fine.

As the looming trend of automation threatens to turn certain industries into robot workforces, you might be wondering whether or not the robots are coming for your job, too.

In an attempt to explain where machines are going and where they aren’t, NPR created a helpful tool that examines multiple industries and the chances that their jobs will be robot-ready when the time comes.

The “Will Your Job Be Done By A Machine?” tool lets you search through a variety of industries and careers—including many you wouldn’t think of as vulnerable to robot takeovers, like dancing and astronomy. Journalists, for example, are regularly reminded that an algorithm can often outperform them at writing fairly routine business stories; the Associated Press is already experimenting with computer-generated breaking-news articles called “Automated Insights.”

NPR got its data on automation prospects from an Oxford University study called “The Future of Employment: How Susceptible Are Jobs to Computerisation?” That study identified four key questions leading to an assessment:

As you might imagine, technical machine work, like that performed by motorcycle mechanics, is extremely likely to become roboticized. The chances are almost 80 percent. Interpersonal careers like therapy are very unlikely to fall to the robots; there’s just a 1.4-percent chance of that happening. 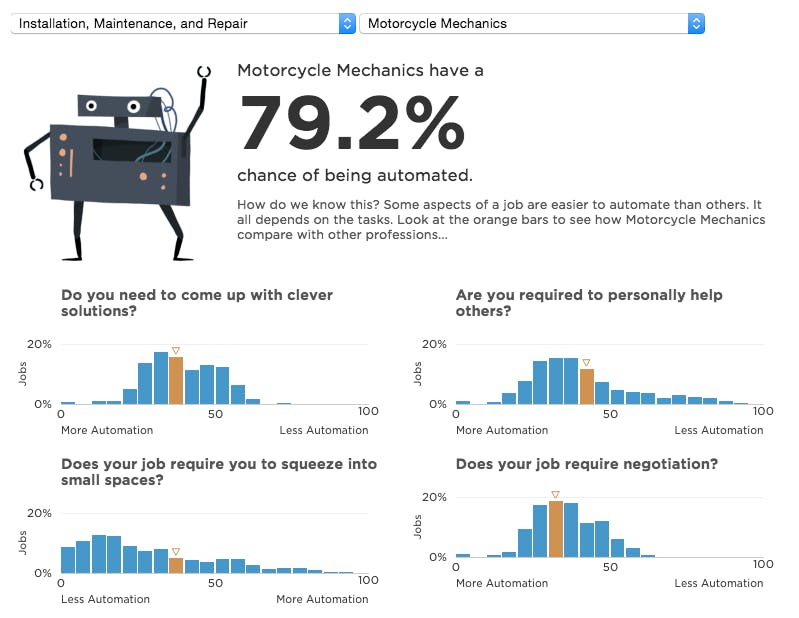 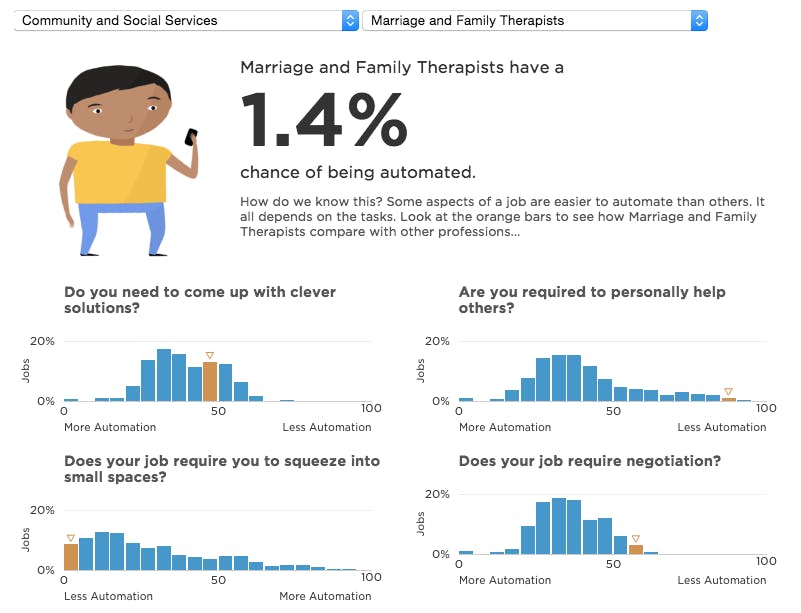 NPR’s list doesn’t include every career path imaginable, and new career are likely to emerge soon with qualities that the Oxford study hasn’t considered. But if you’re interested in whether or not your industry will be a little more automated in the future, it’s worth taking the quiz to find out.