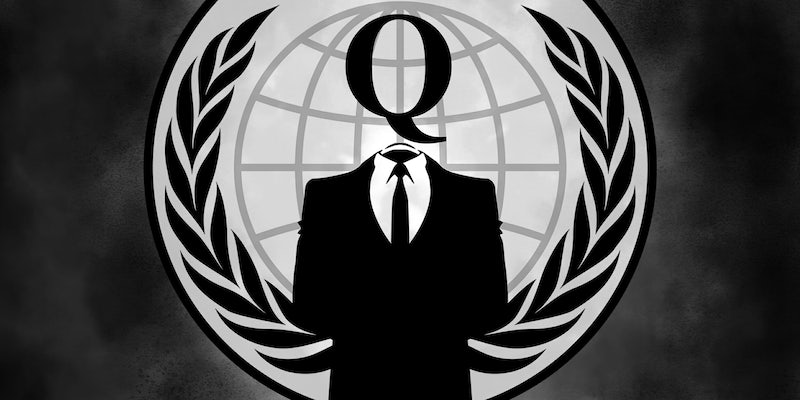 Q made a seemingly endless stream of posts referencing her.

When anonymous conspiracy avatar QAnon blew another prediction, this time one that promised unspecified “PAIN” at the end of a 21-day countdown, the poster’s followers did what they always do: take it in stride. Now, a woman named Rachel Chandler is facing horrific harassment.

Because, disturbingly, the QAnon poster refocused the subject of their cryptic posts away from the deep state and the ever-approaching Great Awakening and onto individual people. First came a series of portraits of Obama-era officials that followed posts referencing words like “kill” and “ammunition.” This came just days after the 8chan-driven massacre in Christchurch, New Zealand—and the posts were seen by many as a kind of hit list.

But after that, Q became hyperfocused on one particular person, and it’s someone that has no political footprint whatsoever: a photographer and casting director named Rachel Chandler, a member of the newspaper-dynasty Chandler family.

Who is Rachel Chandler?

Q made a seemingly endless stream of posts referencing Chandler, insinuating that she took a 2017 picture of Bill Clinton and registered child sex offender Jeffrey Epstein (whose light prison sentence handed down by current Trump cabinet official Alexander Acosta is currently under investigation) hanging out together in a pool.

Beyond that, QAnon accused Chandler of “procuring” “girls” for Epstein, having her photography studio funded by elite Satanists who used it for rituals, flaunting Epstein’s “sex and torture room victims” with her pictures, having a link to a still-unexplained (yet supposedly horrific) event at the Standard Hotel in West Hollywood, of being “100 times” worse than cult-linked actress Allison Mack, and of being “the key” to the massive trafficking ring at the heart of Pizzagate.

All told, QAnon made nearly 30 posts referencing Chandler in some way, finishing with a link to the FBI’s tip website. The bullshit implication Q wants to make is clear: This woman is involved in things so terrible and evil that she must immediately be taken down by federal authorities. Or worse.

This isn’t even the first time QAnon has gone after Rachel Chandler, who did not return a request for comment from the Daily Dot. The poster attacked her in April 2018, linking her to supposed sex-trafficking related pictures on Instagram.

Why would QAnon, who has focused almost entirely to this point on political machinations and grand conspiracies at the highest levels, spend so much energy on someone with no seeming relation to any of it?

To be clear, Chandler has not been accused of any wrongdoing by any law enforcement agency, nor is she known to be linked to Epstein, a disgraced financier who spent over a year in jail for soliciting sex from a minor, or anything else Q accuses of her.

There’s no evidence she took the pool picture that QAnon claims proves she’s linked to Epstein, and it doesn’t even feature him—though it does feature George Nader, the convicted pedophile who’s providing evidence in the Mueller investigation regarding President Donald Trump’s link to meetings with Russian officials.

And yet, Chandler’s name has been dragged into the conspiracy so completely that the first page of a Google search shows nothing but QAnon-related content, while five of the top six videos that come up when searching her name are by QAnon acolytes.

In the past year, however, as interest in Chandler has died down, her Google ranking are less of a disaster. But top images, which show up on a basic search, still populate with QAnon imagery.

QAnon supporters even declared they have proof she’s committed murder.

Her photos and history are being dissected on far-right hives like 8chan, Voat, and even Twitter, linking her to any number of crimes, real and imaginary. And her name is dragged through the digital mud, accused of murder, trafficking, and Satanism.

The accusations against Chandler are typical of the way conspiracy theories in general and QAnon in particular work. They are almost totally unsubstantiated, and in some cases, haven’t even articulated what they’re accusing the person of. QAnon claims she’s linked to any number of horrible things but doesn’t actually say what those things are or provide evidence.

Q posted professional photographs Chandler took without saying why they’re important or what they mean. Q posted a photo of Chandler with Bill Clinton taken in 2006—likely on billionaire Ron Burkle’s plane at a time when the Chandler family and Burkle were competing to buy the Tribune Company—and insinuated that it’s a current photo taken on Epstein’s.

Q mentioned the Standard Hotel without ever giving any evidence that anything out of the ordinary happened there.

Over and over, the poster has thrown out context-free nuggets of information that say nothing other than what Q followers want them to say. Teasing out the actual substance of the claims is left up to the faceless horde of QAnon bakers who dissect the posts to find their hidden meaning.

As with the Obama officials Q posted about, the implication is clear: This woman did something horrible, and something should be done about it. And with more people in the movement inspired to commit acts of violence, it’s the most dangerous thing someone like Q could do.

But this story has another facet of Q obsession as well. As quickly as Rachel Chandler popped off, she dropped off the face of the conspiracy. After obsessing over her in 2018, and reviving the posts in 2019, QAnon has completely ignored her, not mentioning Rachel Chandler for over a year. And the movement has moved on; she’s no longer the locus point of accusations and slander.

All that’s left is a woman’s legacy they wrecked.