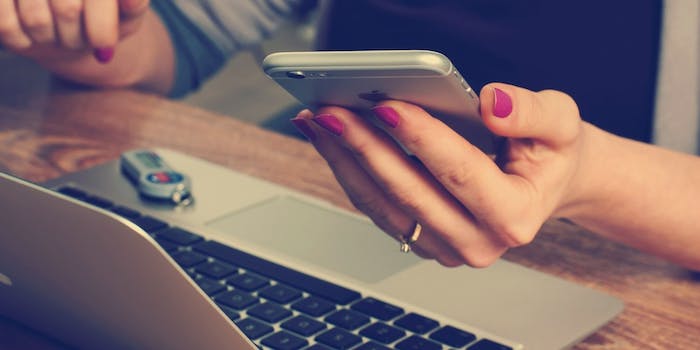 It's part of a wider social media misinformation crackdown.

In an attempt to crack down on the spread of misinformation, Google has removed several apps connected with QAnon from its Play Store.

The apps—QMAP, Q Alerts!, and Q Alerts LITE—were flagged for violating Google’s policies regarding “harmful information,” according to a spokesperson for the company. The apps are the latest in a string of removals and blockages for the conspiracy theory group, which has been gradually expanding its reach over the last three years.

The QAnon conspiracy theory, which started in October 2017, pushes several wild and unproven ideas. The group believes that President Donald Trump is the victim of a “deep state” plot to unseat him and that a group of liberal Hollywood actors and Democratic officials is deeply involved in a child sex-trafficking ring. For the last several years, the group has been expanding its influence through social media. Until recently, the group has shared and discussed these conspiracies broadly online.

Over the last few months, QAnon has been caught in the crossfire as many social media sites crack down on coronavirus-related misinformation. This crackdown has lead to the flagging and removal of several other kinds of misinformation, including that often touted by QAnon believers.

Google’s move is far from the first of its kind. Its removal of the three apps follows a move by Facebook earlier this month, in which the platform removed five pages entirely dedicated to QAnon. The pages were removed, according to Facebook, for violating its rules against “inauthentic behavior.”

YouTube, too, has been straining to contain QAnon-related content. The platform is in the midst of an attempt to remove all uploads of a 26-minute video called “Plandemic.” The viral video is heavily laced with popular QAnon conspiracy theories surrounding the coronavirus.

“Now more than ever, combating misinformation on the Play Store is a top priority for the team,” a Google spokesman told CNET. “When we find apps that violate Play policy by distributing misleading or harmful information, we remove them from the store.”

Google has been tight-lipped regarding the apps’ details. Questions posed by CNET, about how many times the apps had been downloaded and what financial return Google may have experienced, remain unanswered.